Israel searches for gunman who killed 2 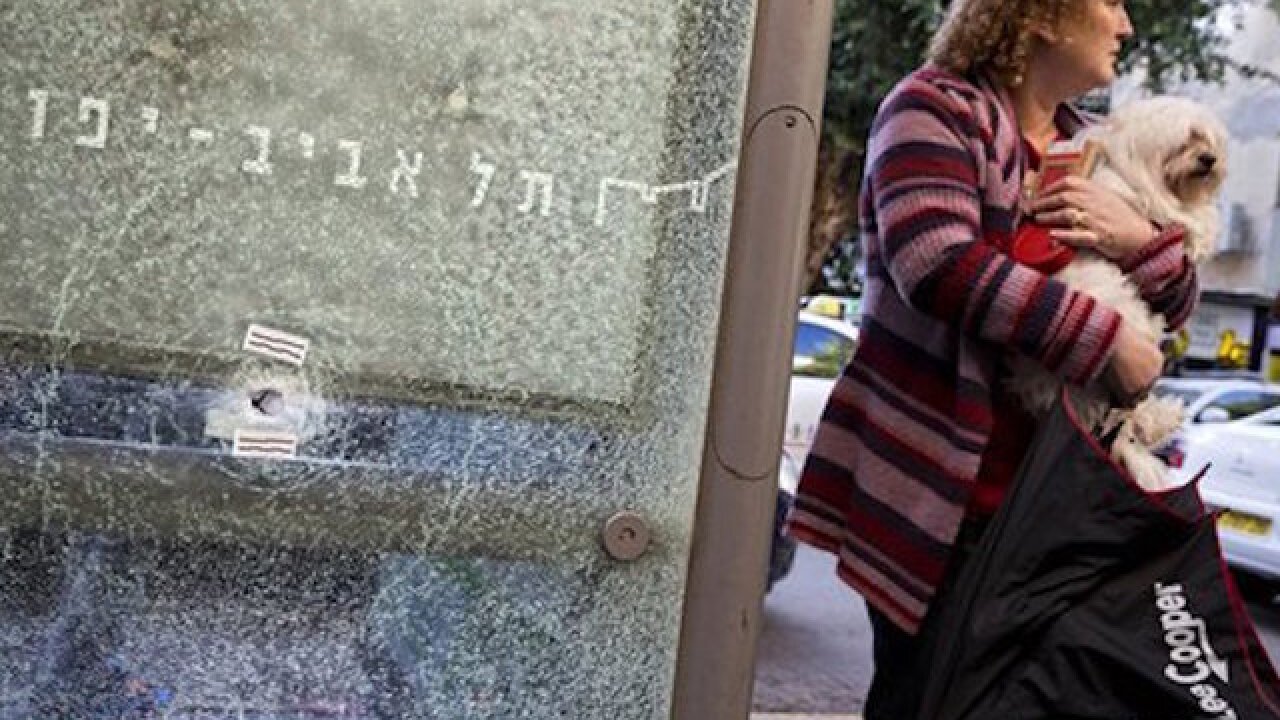 Copyright Associated Press
Oded Balilty
<p>An Israeli woman holds her dog next to a bus station shattered by bullets at the scene of a deadly shooting attack, in Tel Aviv, Israel, Saturday, Jan. 2, 2016. A gunman opened fire outside a bar on a main street in Tel Aviv on Friday afternoon, killing several people and wounding at least three others before fleeing the scene. Israeli police remained on "heightened alert" Saturday and special forces searched for the shooter throughout the night, police said. (AP Photo/Oded Balilty)</p>

JERUSALEM (AP) — Israeli police continued their manhunt Saturday for a gunman who killed two people and wounded several others when he opened fire at a bar in Tel Aviv the day before.

Police say they are investigating possible motives for the shooting, which came amid more than three months of near-daily Palestinian attacks against Israeli civilians and soldiers.

Relatives of the shooter from the Arab village of Arara in northern Israel told media they recognized the man from CCTV footage aired on news reports. Family members said he was a troubled man who was "traumatized" after a cousin was killed by police in 2006, and who had served time in an Israeli prison after allegedly grabbing an officer's gun. They said he acted on his own and called on the man to turn himself in.

More than 24 hours after the attack, the shooter was still at large.

Israeli Prime Minister Benjamin Netanyahu visited the scene of the attack Saturday evening. Throughout the day, well-wishers lit candles in commemoration for the victims outside the bar.

The attack comes amid months of Palestinian attacks that have killed 21 Israelis, mostly in stabbings, shootings and car-ramming attacks. That figure does not include the victims in Friday's attack as the motive for that attack hasn't officially been determined yet.

During that time, at least 131 Palestinians have been killed by Israeli fire, 90 of them identified by Israel as assailants. The rest died in clashes with security forces.