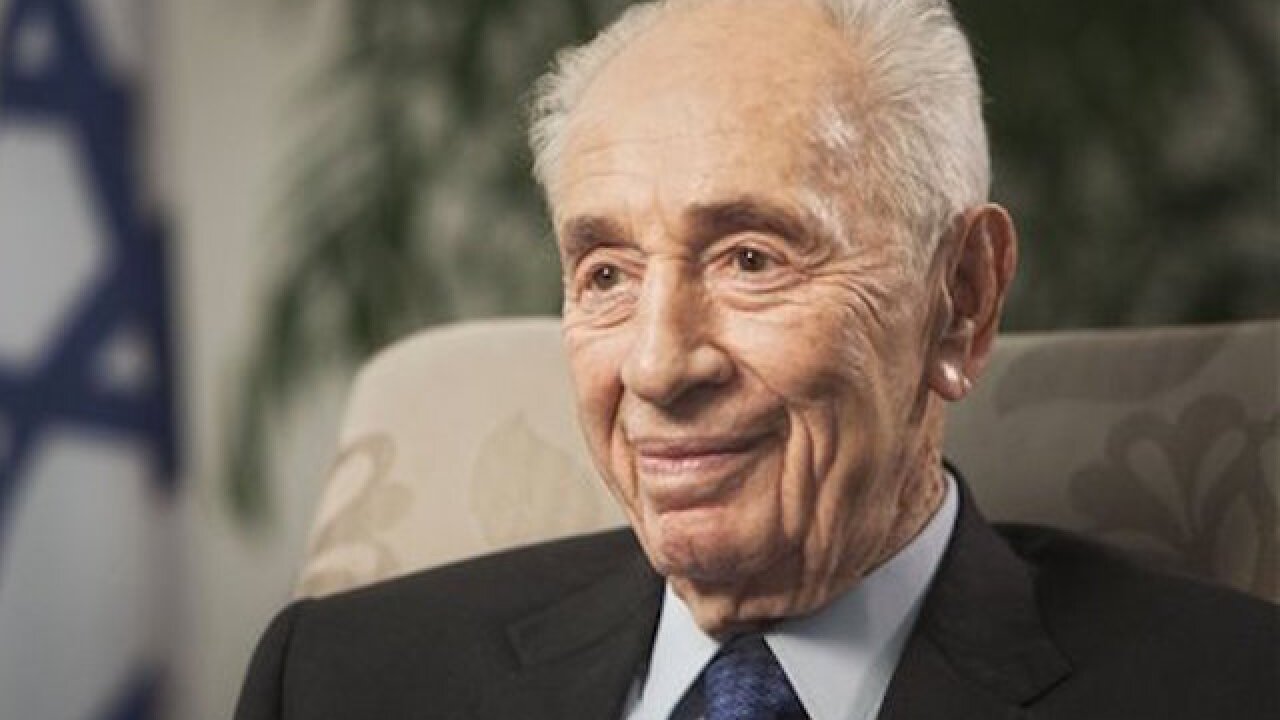 Dan Balilty
<p>FILE - In this Nov. 2, 2015 file photo, former Israeli President Shimon Peres speaks during an interview with The Associated Press in Jerusalem. A spokeswoman for Israel's former President Shimon Peres says the 92-year-old is being rushed to hospital after experiencing chest pains it was reported on Sunday, Jan. 24, 2016. (AP Photo/Dan Balilty, File)</p>

The 92-year-old statesman had been discharged from a hospital last Tuesday.

Medics treated Peres at his home and detected an "irregular heartbeat" after conducting an EKG test, spokeswoman Ayelet Frisch said. "Due to the diagnosis, his doctors decided that the 9th President will spend the night in hospital for observation and testing," she said.

Later Sunday, Peres' personal physician, Rafi Walden, said that "to be on the safe side we took him to the hospital where we diagnosed a slight disturbance in the rhythm of the heart."

He said "it was very slight and it passed simultaneously without even need for treatment so he is feeling perfectly well now."

Peres won the Nobel Peace Prize in 1994 following the signing of the Oslo peace accords with the Palestinians a year earlier, a prize he shared with Prime Minister Yitzhak Rabin, who was later assassinated, and Palestinian leader Yasser Arafat.

He completed his seven-year term as president in 2014 and remains in the public eye. He is still active through his non-governmental Peres Center for Peace, which promotes coexistence between Arabs and Jews and peace and development in the Middle East.

Peres has filled nearly every position in Israeli public life since he became the director general of the Defense Ministry at the age of 29 and spearheaded the development of Israel's nuclear program. A protégé of the country's first prime minister, David Ben-Gurion, Peres was first elected to parliament in 1959.

He has since held every major Cabinet post — including defense, finance and foreign affairs — and served three brief stints as prime minister in 1977, 1984 and 1995.