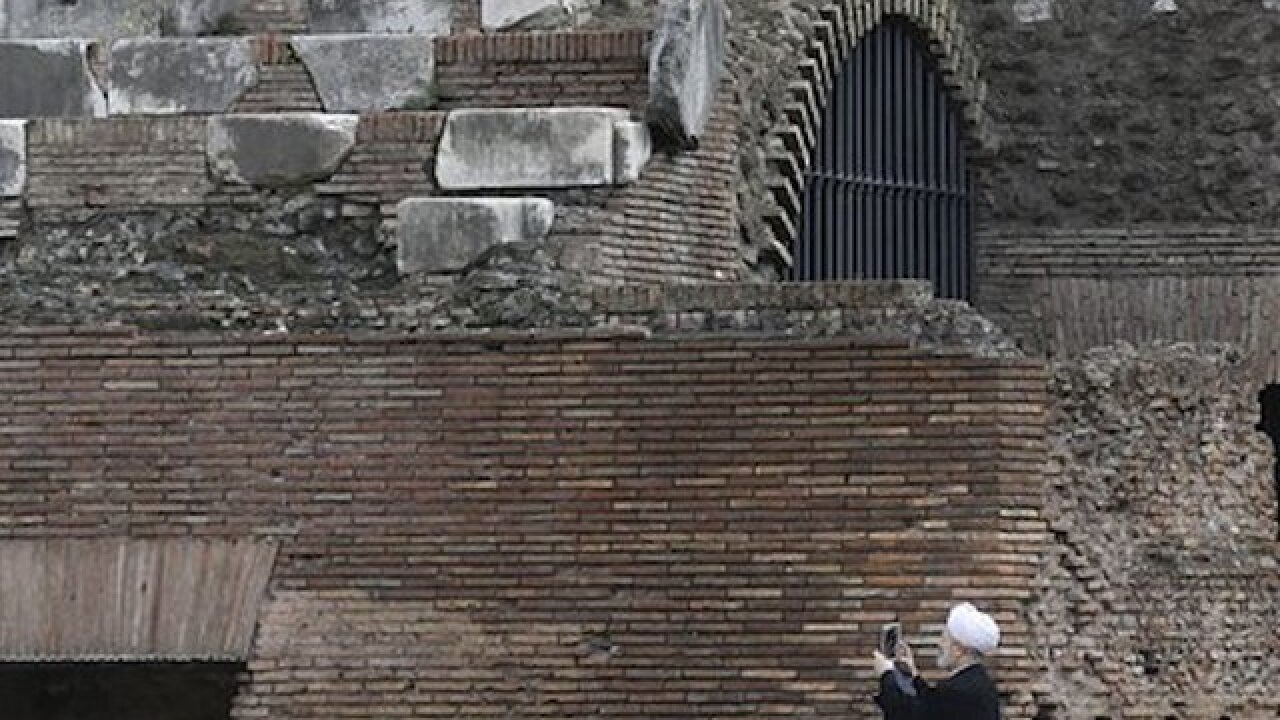 ROME (AP) — Italy's culture minister has criticized as "incomprehensible" the decision to cover up naked statues at a Rome museum where Iranian President Hassan Rouhani was visiting, adding a new twist to the controversy that has dominated Rouhani's deal-making visit to Italy.

Culture Minister Dario Franceschini told reporters Wednesday that neither he nor Premier Matteo Renzi were informed about the decision, which was apparently taken by lower-ranking officials in a bid to avoid offending the visiting leader. The cover-up involved the placement of several wooden panels to shield nude statues at Rome's Capitoline Museums, where Rouhani and Renzi held a joint press conference Monday.

The measures made headlines across Italy and prompted some politicians to accuse the government of caving into "cultural submission."

"I think there easily would have been other ways to not offend an important foreign guest without this incomprehensible choice of covering up the statues," Franceschini said. He spoke to reporters at the Colosseum, where he gave Rouhani a guided tour before the Iranian delegation left for France.

Rouhani, for his part, said the Iranians hadn't requested any such measures by saying "there were no contacts about this." But he seemed to appreciate the gesture.

"I know that Italians are a very hospitable people, a people who try to do the most to put their guests at ease and I thank you for this," he told reporters when asked about the cover-up.

Rouhani's visit was aimed at pushing Iran into a more prominent role on the world stage after the nuclear deal with Western powers ended most European economic sanctions on Tehran.

At a press conference, Rouhani invited American businessmen to join their European counterparts in investing in Iran and taking advantage of the new era of "win-win" collaboration after years of mutual losses.

"It's possible, but the key is in Washington, not in Tehran," he said. "At the same time today, if American investors and the heads of the American economy want to come to Iran and invest in my country, there are no problems from our point of view."

Rouhani heads next to Paris, where his originally scheduled visit was called off after the Nov. 13 attacks.

Rouhani told reporters that he and Pope Francis discussed the need for religious leaders to speak out against extremism and terrorism during their audience Tuesday. But in an apparent reference to the French satirical newspaper Charlie Hebdo, Rouhani said freedom of expression "doesn't mean offending that which is sacred to other people's faith."

Francis was asked last year about the Charlie Hebdo attacks and suggested that a violent reaction could be expected when someone's faith was insulted. The pope said while violence must be condemned, anyone who insults his mother can expect to be punched.

Rouhani concurred and said Francis had told him the anecdote.

While saying that extremist violence must be condemned, "All religions are to be respected, their books and the millions of people who follow the faith," Rouhani said. Insulting them "creates division and doesn't help anyone."