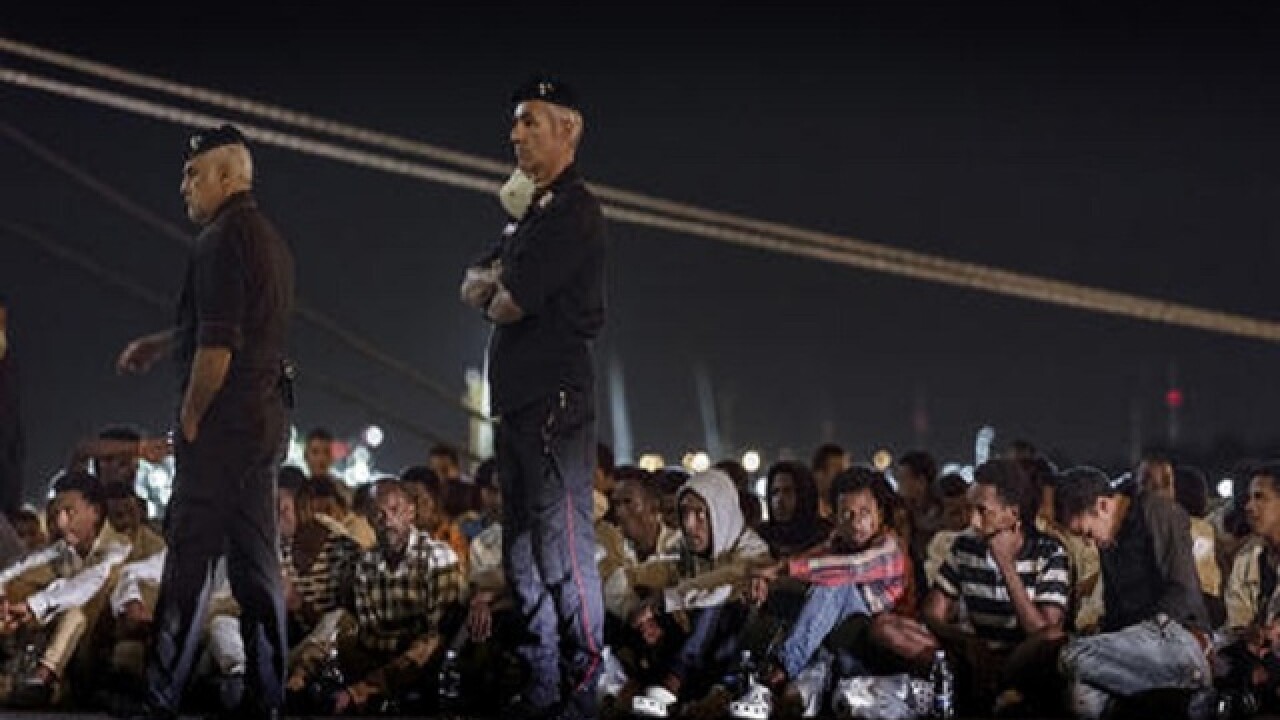 ROME (AP) — The Italian navy says it has recovered the migrant ship that sank off Sicily last year with an estimated 700 people onboard in one of the worst known tragedies of the Mediterranean migrant crisis.
The navy said in a statement Wednesday that it had raised the boat toward the surface from a depth of 370 meters. The wreck is being kept in a refridgerated transport structure for the trip back to land, where forensic experts will begin trying to identify the victims.
The navy said a press conference to explain details of the operation is scheduled for Thursday.
Copyright 2016 The Associated Press. All rights reserved. This material may not be published, broadcast, rewritten or redistributed.