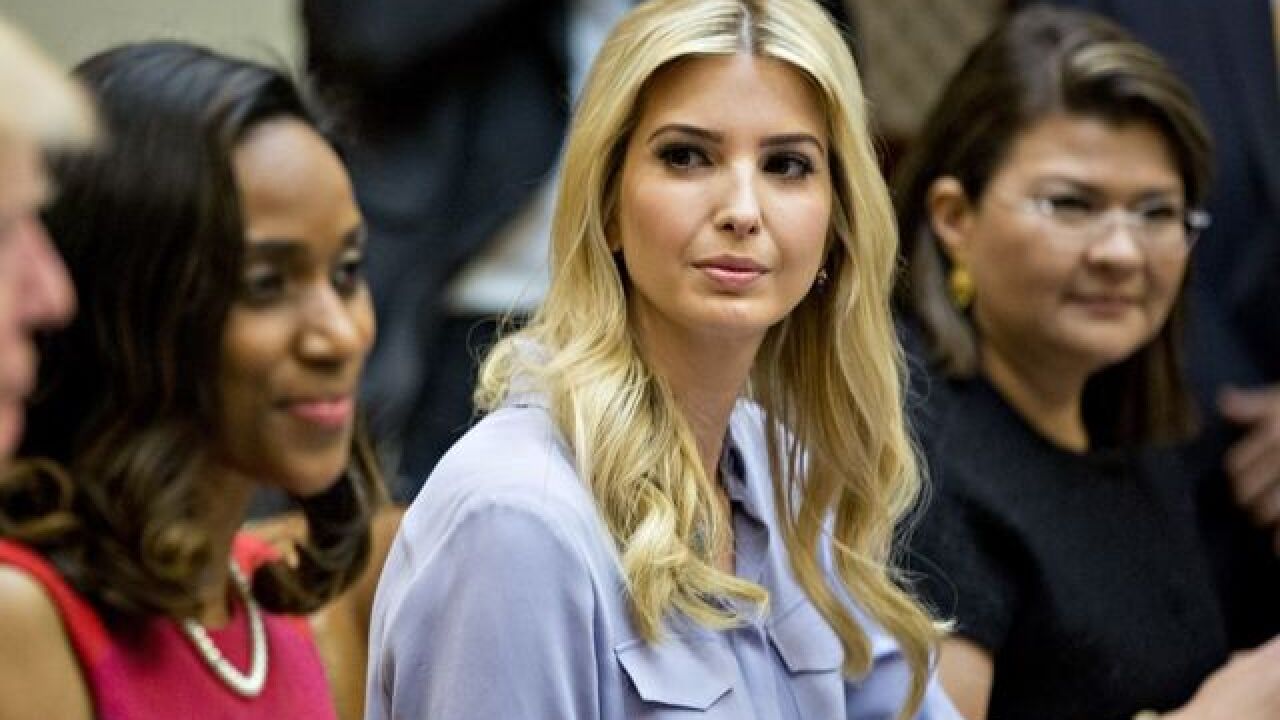 According to emails released by American Oversight, Trump used her personal account through much of 2017 to email Cabinet officials, White House aides and her assistants. The Presidential Records Act requires all official White House communications and records be preserved.

The Washington Post was first to report on the emails. The White House had no comment on Ivanka Trump's email practices.

Trump's usage of a private email account will bring comparisons to former Secretary of State Hillary Clinton, whose usage of a private email server instead of a government email account during her time in office was a central part of President Donald Trump's campaign against her in 2016. Trump's supporters often chanted -- and still do, on occasion -- "Lock her up!" at the mention of Clinton, and President Trump has frequently accused Clinton of receiving special treatment because she was not charged for skirting the Presidential Records Act with her email practices.

Peter Mirijanian, the spokesperson for Ivanka Trump's attorney and ethics counsel, said in a statement, "Like most people, before entering into government service, Ms. Trump used a private email. When she entered the government, she was given a government email account for official use. While transitioning into government, until the White House  provided her the same guidance they had to others who started before she did, Ms. Trump sometimes used her private account, almost always for logistics and scheduling concerning her family."

Some advisers to President Donald Trump were alarmed when they heard this news, the Post reports, because of the similarities to Clinton's email use. Trump has called Clinton "Crooked Hillary" for using a personal email account when she was secretary of state.

Mirijanian sought to draw a specific contrast between Ivanka Trump's personal email usage and Clinton's, by noting that she did not have the server set up in her home or office.

"To address misinformation being peddled about Ms. Trump's personal email, she did not create a private server in her house or office, there was never classified information transmitted,  the account was never transferred or housed at Trump Organization, no emails were ever deleted, and the emails have been retained in the official account in conformity with records preservation laws and rules," Mirijanian's statement continues.