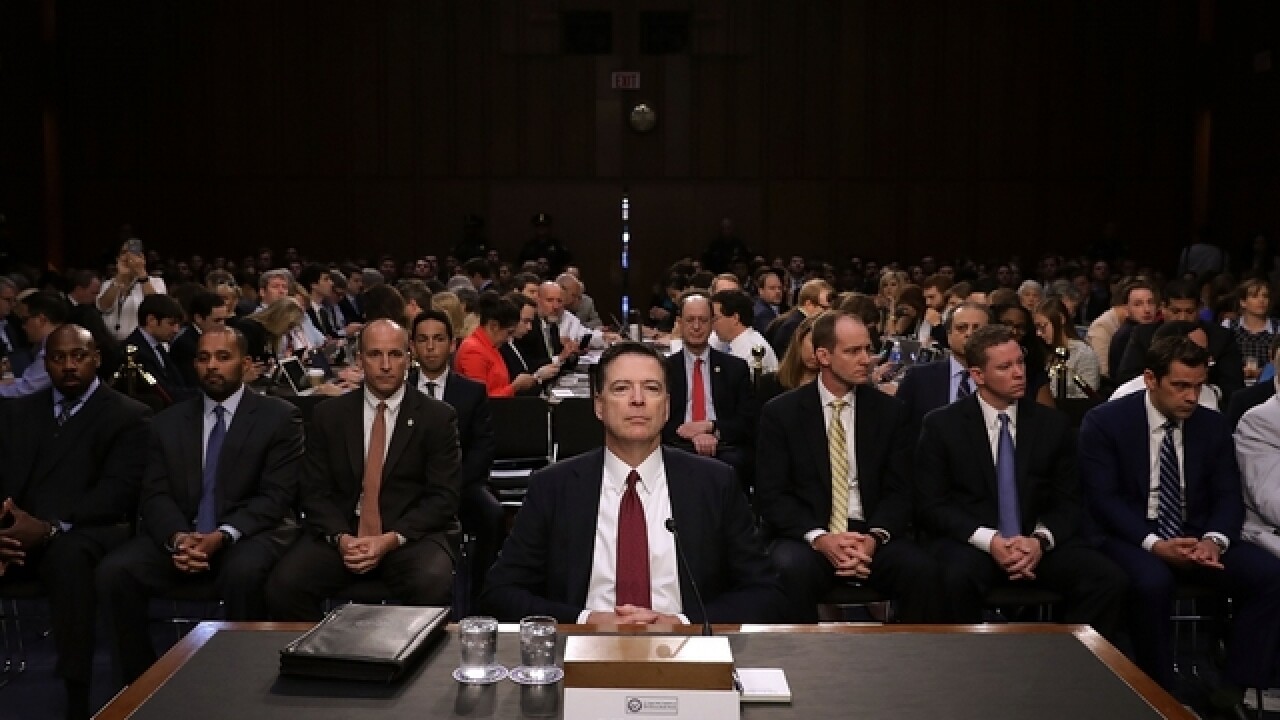 NEW YORK (CNNMoney) -- James Comey's testimony was must-see TV for a wide swath of the country, but the ratings weren't off the charts.

About 19.5 million people watched at home via traditional TV, according to a Nielsen estimate released on Friday.

People also watched in other places, like offices and bars, but Nielsen doesn't have an estimate for out-of-home viewership.

Nor is there a comprehensive figure for the number of people who streamed the testimony on computers and smartphones.

But the 19.5 million number is a snapshot that shows widespread interest in Comey's accounting of his time working for President Trump and his firing last month.

The number of people who tuned in for Comey's testimony nearly matched the average number of viewers for each game of the 2017 NBA Finals. According to The Mercury News , about 20 million viewers have watched every game of that contest so far on ABC.

CNN averaged 3.05 million viewers between 10 a.m. and 1 p.m. Eastern -- about three times its typical audience at those hours.

MSNBC had 2.7 million viewers, also about three times its average.

Fox News came in slightly ahead of CNN with 3.1 million viewers, about twice as many viewers as it typically has.

CNN ranked #1 among 25- to 54-year-olds, the demographic that is coveted by news advertisers.

On the broadcast side, ABC averaged 3.3 million viewers, just a smidge more than CBS, and NBC averaged 2.7 million.

These averages understate the total audience for Comey's remarks, however, because some people watched part of the hearing but not the whole thing. (The Nielsen numbers are an average of the viewership for the whole hearing.)

Some news web sites delivered hundreds of thousands of simultaneous live streams during the hearing, likely reaching people who couldn't watch at home on TV.