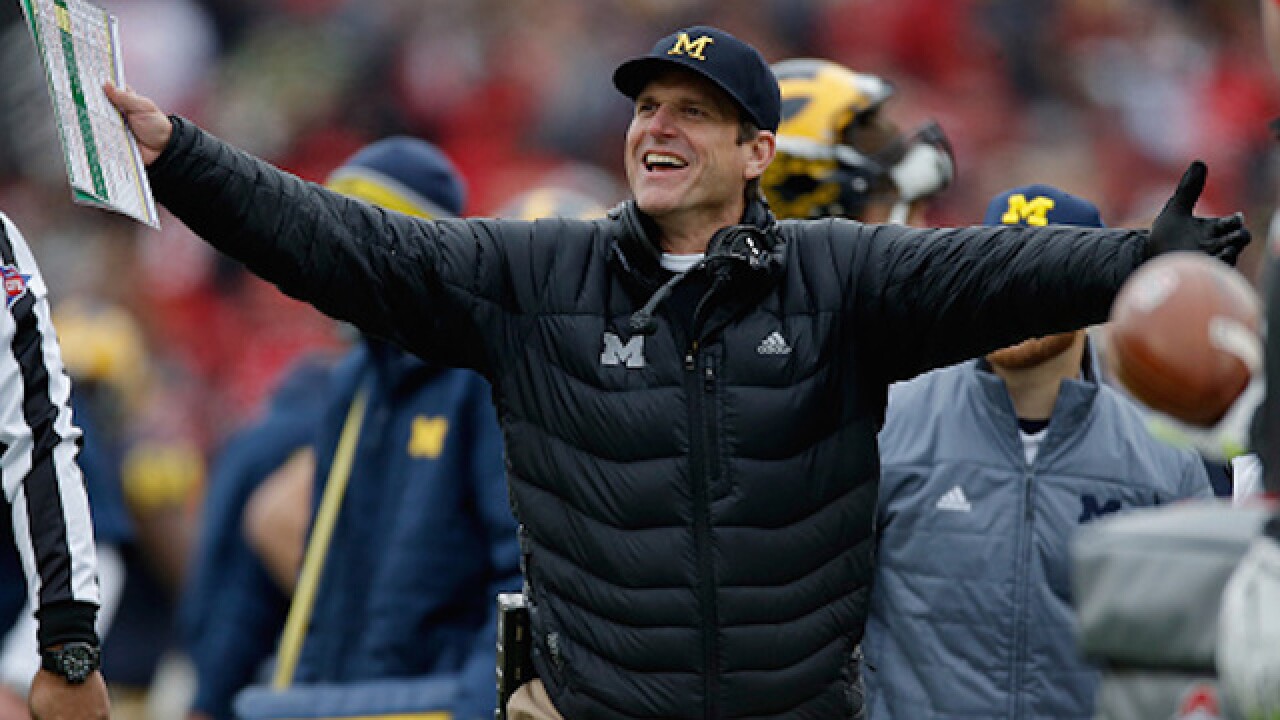 Gregory Shamus
<p>ANN ARBOR, MI - NOVEMBER 28: Head coach Jim Harbaugh of the Michigan Wolverines reacts to a roughing the kicker call against his team during the first quarter against the Ohio State Buckeyes at Michigan Stadium on November 28, 2015 in Ann Arbor, Michigan. (Photo by Gregory Shamus/Getty Images)</p>

Michigan football coach Jim Harbaugh is a man of many talents. In just the past few months, he’s taken up driving race cars, competitive eating , tree-climbing and has even dipped his toe into the world of politics.  Even through all of that, he's still found time to have some sleepover with his friends.

On Saturday night, he added singing to his growing list of hobbies by singing the National Anthem in front of a packed concert hall.

Videos show Harbaugh on stage at a concert in Ann Arbor, singing the National Anthem alongside rapper Lil’ Dicky.

Harbaugh has some work to do if he wants to score a record deal, but it’s the effort that counts, right?

I don't bring rappers out, I bring out head football coaches