Judge to decide if Serial subject gets new trial 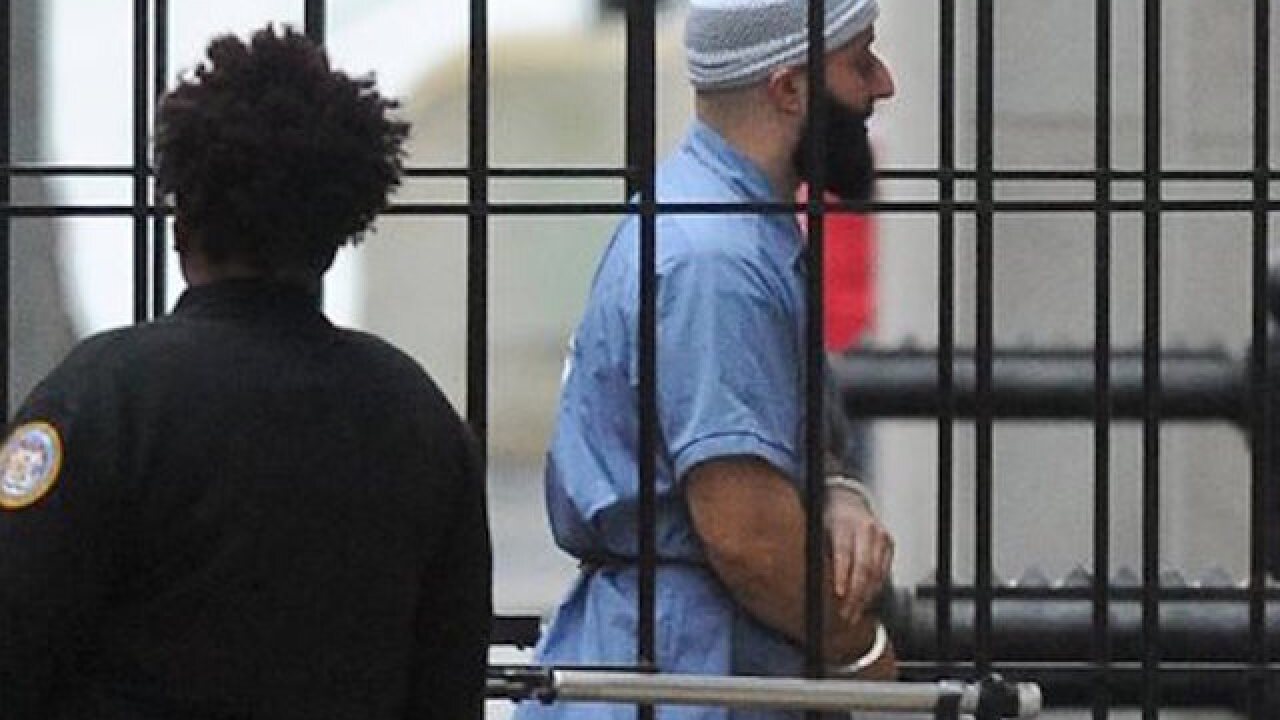 Barbara Haddock Taylor
<p>FILE - In this Feb. 3, 2016 file photo, Adnan Syed enters Courthouse East in Baltimore prior to a hearing in Baltimore. An alibi witness who was never called, cell phone data that was misrepresented and other legal failures more than justify a new trial for Syed, his defense lawyer argued Tuesday, Feb. 9, 2016 closing an unusual hearing prompted by the popular "Serial" podcast's extensive re-examination of the murder case. (Barbara Haddock Taylor/The Baltimore Sun via AP) WASHINGTON EXAMINER OUT; MANDATORY CREDIT</p>

BALTIMORE (AP) — Prompted by a podcast that turned millions of listeners into armchair detectives, a judge will now decide whether to grant a new trial to a man convicted as a teenager of murdering his high school girlfriend.

A defense lawyer argued Tuesday that evidence brought to light by the "Serial" podcast and presented in court proves Adnan Syed had an unfair trial after the 1999 strangling death of Hae Min Lee.

"We proved our case. We did exactly what we said we would. I believe we met our burden and that Mr. Syed deserves a new trial," defense attorney Justin Brown told Judge Martin Welch.

Brown cited numerous issues raised by the podcast, such as a key alibi witness who was never called and some cell phone data misrepresented as reliably linking his client to the crime scene.

Deputy Attorney General Thiru Vignarajah countered that the evidence remains "overwhelming" that Syed was properly convicted, and sentenced to life in prison for killing Lee and burying her body in a wooded park on the northwestern edge of Baltimore.

"This is not a popular position, but the state's role is to do justice," the prosecutor said.

He acknowledged the interest generated by "Serial," a public radio podcast that extensively re-examined the long-closed case, but told the judge that Syed had a "passionate, vigorous defense" at trial, and was convicted not because of ineffective counsel or faulty evidence, but because "he did it."

Brown said cell tower data linking Syed to Lee's burial site was misleading because prosecutors presented it without a cover sheet warning that the information about incoming calls was unreliable.

Moreover, Brown said Syed's trial lawyer, Christina Gutierrez, was ineffective because she didn't contact Asia McClain, now Asia Chapman, who said Syed was with her at a public library during the time Lee was killed. She took the stand this time, vouched for Syed, and accused a prosecutor of twisting her words years ago to keep her away.

"A mistake was made not to talk to an alibi witness who could have turned this trial around," Brown later told the judge, calling her "earnest," ''compelling" and "extremely credible."

The prosecutor countered that McClain's original statements included information that must have been funneled to her in a failed effort to construct Syed's alibi. He said records show Gutierrez had in fact investigated her, and determined that "Asia McClain wasn't a weapon for the defense, she was a potential weakness."

"I think Asia McClain was a very charming witness. But what Asia McClain presented in 1999 were two letters that were at best confusing and at worst, doctored. And a defense attorney like Cristina Gutierrez would have seen right through them," Vignarajah said.

McClain wasn't the only witness ignored at trial, Syed's attorneys said. Investigator Sean Gordon testified that he managed to locate 41 of 83 potential alibi witnesses, and only four said they had been contacted by the original defense team for the 2000 trial. Of those, none were asked to testify.

Brown blamed health problems plaguing Gutierrez. She was later disbarred because her worsening multiple sclerosis made it too difficult to keep up with her cases, and died not long after Syed's conviction.

"Her health was failing, her family was in turmoil," Brown said. "Her business, it was becoming unwound. As a result of the wheels coming off the bus, the single most important piece of evidence, an alibi witness, slipped through the cracks."

The case was stuck for years until "Serial" producer Sarah Koenig, a former Baltimore Sun reporter, began examining it in 2014, drawing millions of listeners.

Koenig sat in the courtroom last week, taking notes for updates to her podcast, as transcripts from the show were entered into evidence. Witness after witness was asked if they too had listened to "Serial" or spoken with the reporter.

"Has the public attention helped us? Yes. I'd be crazy to deny that. I think one of the things that happened is as a result of Serial, more information became available to us, information we might not otherwise have gotten," Brown said after the hearing.

"This might have been the first-ever open-source case where all the materials of the case were out there, so people were investigating this case all over the country. I had thousands of investigators working for me, and that produced information we otherwise would not have had, and that helped us get to where we are right now," he added.

The deputy attorney general also praised the process, which he said made defense records available that show Syed was well-served by lawyers all along.

"This was an opportunity for the judge to have a full and complete record and make a decision that will restore faith in the system," Vignarajah said outside the courtroom. "We were lead down a bit of a rabbit hole if you think about it."