Will first Indian-American be in High Court? 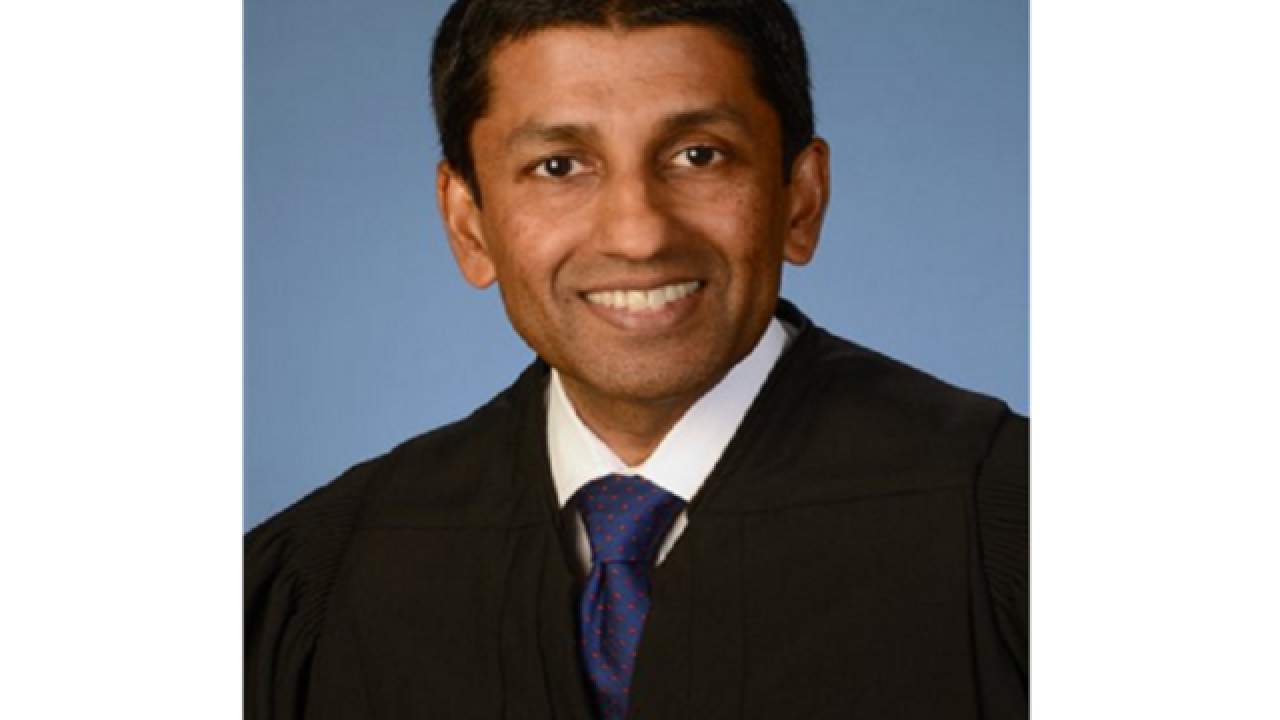 KANSAS CITY, Mo. (AP) — Sri Srinivasan, a federal appeals judge who was born in India and grew up in Kansas, would be the first foreign-born justice to serve on the Supreme Court in more than 50 years.
The 49-year-old Srinivasan is one of several people being mentioned prominently as a potential replacement for Justice Antonin Scalia, who died last month. A judge on the U.S. Court of Appeals for the District of Columbia Circuit, Srinivasan would bring to the high court previous experience as an attorney in private practice, a law clerk to two Republican-appointed judges and a high-ranking official in the Obama Justice Department.
He has a "first-rate intellect, an open-minded approach to the law, a strong work ethic, and an unimpeachable character," high-ranking Justice Department veterans of Democratic and Republican administrations said in a letter endorsing him for the appeals court. The bipartisan warmth extended to his 97-0 confirmation vote by the Senate in 2013.
Srinivasan told the Senate Judiciary Committee then that he has "a deep respect for the need for strict objectivity and impartiality in the task of judging," citing both his work for Vice President Al Gore after the 2000 presidential election and his later work in the Justice Department under Solicitor General Theodore Olson, who was the lead lawyer for George W. Bush in the Supreme Court case that decided the 2000 race.
"I think any objection to Sri would have to be based on notions that he's either not conservative enough or not liberal enough," said Stephen McAllister, a law professor at the University of Kansas. "It could not be intellectual ability, could not be writing ability, it could not be his general competence in the law," McAllister said. "He's just extremely talented in all respects."
His nomination to the appeals court did provoke some criticism from liberal interest groups who objected to his work in private practice representing former Enron Corp CEO Jeff Skilling in his successful Supreme Court appeal, and represented Exxon Mobil Corp and mining company Rio Tinto in lawsuits alleging their connection to human rights abuses abroad.
Srinivasan would be the court's first Indian-American and its first Hindu, on a bench with five Catholics and three Jews. The last justice who was born overseas was Austrian-born Felix Frankfurter, who retired from the court in 1962.
Srinivasan grew up in Lawrence, Kansas, where his parents taught at the University of Kansas and he played high-school basketball. He remains an avid Kansas basketball fan and tries to return for a game once a year, said McAllister.
He received his bachelor's degree, law degree and MBA from Stanford University. He clerked for U.S. Circuit Judge J. Harvie Wilkinson in Richmond, Virginia, and former Supreme Court Justice Sandra Day O'Connor, both appointed by President Ronald Reagan. He also worked in a junior Justice Department position during the Bush administration and as the top political deputy in the Solicitor General's office in the Obama administration.
If nominated and confirmed, Srinivasan would have to step aside from high court consideration of two cases he has been involved with on the federal appeals court. He has been considering challenges to the Obama administration's plan to address climate change, and "net neutrality" rules that regulate how the Internet is delivered to consumers.
Deanell Tacha, a native Kansan who is now dean of the Pepperdine Law School, calls Srinivasan a "man of great integrity, high intellect and extraordinary qualifications."
"He cares about other people," she said. "He's generous of spirit, and he's amazingly humble."
And perhaps a tad superstitious. He regularly carried his twin children's baby socks to Supreme Court arguments and pulled them from his pocket at his investiture on the appeals court, longtime legal affairs writer Tony Mauro reported in 2013.
Associated Press 2016