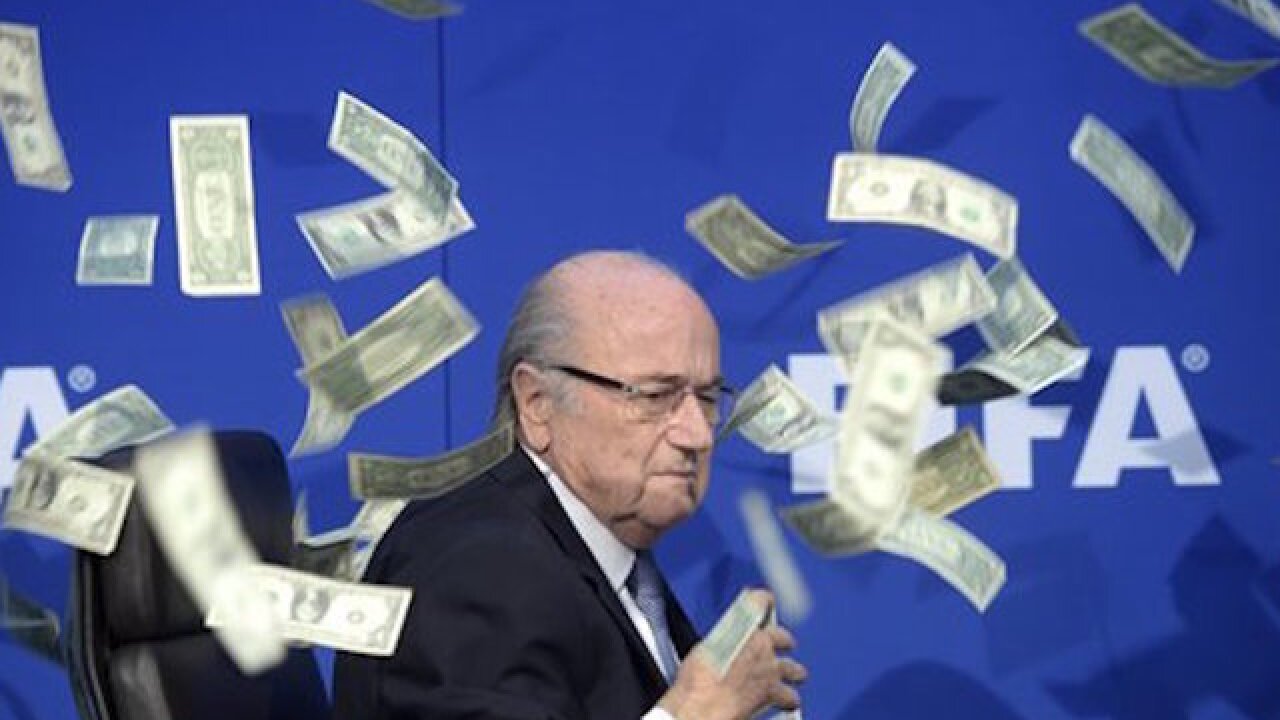 The FIFA president and his one-time intended successor face being kicked out of the world's favorite sport for at least several years over a $2 million payment Blatter approved for Platini in 2011.

Both deny wrongdoing yet a conflict of interest in managing FIFA money — by agreeing the payment without telling executive committee colleagues — is a likely basis for guilty verdicts in rulings due to be published at 0900 GMT.

Bans of around 10 years are possible, judging by recent FIFA ethics committee sanctions in cases not involving financial misconduct.

Blatter and Platini, through his lawyers, already promised appeals that would need to be processed urgently ahead of FIFA's presidential election on Feb. 26. Both are expected to be defiant if found guilty.

Blatter has called an 11 a.m. (1000 GMT) news conference Monday at the former FIFA offices in Zurich, near the current headquarters where he spent eight hours at an ethics hearing Thursday.

Platini refused to attend his 10-hour hearing on Friday, and gave his lawyers a statement to read to the four ethics judges.

"I am already judged, I am already condemned," Platini's statement said, complaining at reported comments from officials close to the ethics process since the allegation emerged three months ago.

Blatter and Platini have strong motivation to fight a ban.

Blatter, who turns 80 in March, wants a FIFA swansong by hosting the election congress in Zurich and being made honorary president by the 209 member federations.

The 60-year-old Platini wants to clear his name, pass a FIFA integrity check and be declared an official candidate in the election he had been favored to win. His campaign stalled since being quizzed on Sept. 25 in a Swiss federal investigation of suspected criminal mismanagement at FIFA.

The case centers on Platini, as UEFA president and a FIFA vice president in 2011, getting about $2 million as uncontracted salary for working as Blatter's adviser in 1999-2002.

In media interviews, Platini and Blatter said the former France captain asked for a salary of 1 million Swiss francs. He had a contract for 300,000 Swiss francs, in line with FIFA's then-wage structure, plus a "gentleman's agreement" to get the rest later. Swiss law obliged FIFA only to pay the deferred money within five years.

Platini was paid in February 2011, just before Blatter began campaigning for re-election against Mohamed bin Hammam of Qatar. Platini's UEFA urged its members weeks before the June 2011 poll to back Blatter, who was elected unopposed when Bin Hammam was implicated in bribery.

Few FIFA officials knew of the Platini payment which was revealed in a wider Swiss probe of the governing body's business affairs, including suspected money laundering in the 2018 and 2022 World Cup bidding contests.

Platini's status in the criminal case is "between a witness and an accused person," attorney general Michael Lauber said in October.

On Monday, Blatter could get a longer ban than Platini if his case involves falsifying FIFA accounts. The debt to Platini was not booked in financial reports from 2002-10.

In recent ethics cases where financial misconduct was not proven, judges imposed a six-year ban on FIFA honorary vice president Chung Mong-joon of South Korea and seven years for Harold Mayne-Nicholls of Chile, who led FIFA's technical inspections of the 2018-2022 bids.

Any sanctions imposed Monday can be challenged at the FIFA appeals committee and the Court of Arbitration for Sport. FIFA rules state a list of candidates must be finalized one month before the election in Zurich.

Blatter has suggested he could pursue a lengthier appeal to Switzerland's highest court, the federal tribunal, which can intervene if legal process was abused.