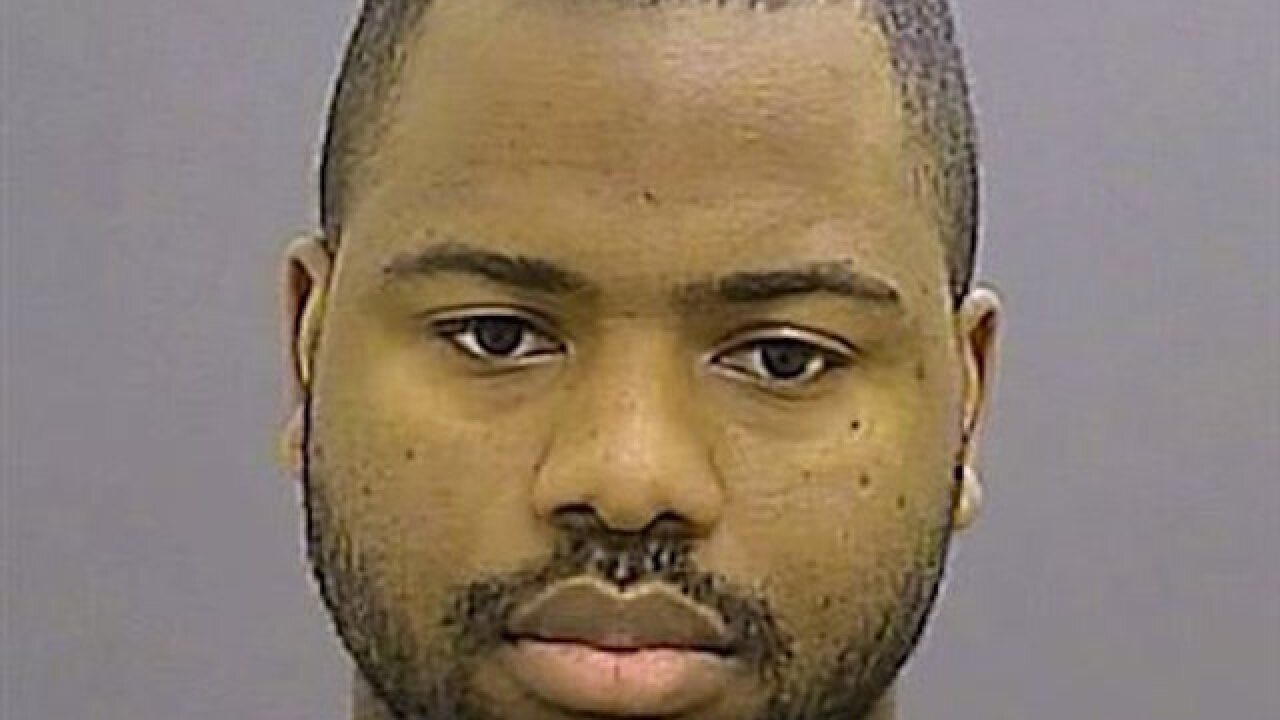 <p>FILE - This Friday, May 1, 2015 file photo provided by the Baltimore Police Department shows William G. Porter, one of six Baltimore city police officers charged in connection to the death of Freddie Gray. Prosecutors and defense attorneys are scheduled to deliver closing arguments in Porter's trial Monday, Dec. 14, 2015. He is charged with manslaughter, assault, reckless endangerment and misconduct in office. (Baltimore Police Department via AP, File)</p>

BALTIMORE (AP) — Jurors in the manslaughter trial of a police officer charged in the death of Freddie Gray said Tuesday they were deadlocked, but the judge overseeing the case told them to keep deliberating.

The jury sent a note to Baltimore Circuit Judge Barry Williams after about nine hours of discussions over two days. They are deliberating in the trial of Officer William Porter, the first of six officers to stand trial on charges stemming from Gray's death in April.

As the jury deliberated, armored vehicles and police were stationed around the city ahead of any verdict, and city and state officials promised they were prepared to prevent the unrest and rioting that saw parts of the city burned and looted last spring.

Jury sent note to the judge saying they were deadlocked https://t.co/ojrzd4SPTo

The note was sent at 3:30. Judge called jury into courtroom, re-instructed them. https://t.co/ojrzd4SPTo

This wasn't the first note the jury said, they asked for computer speakers to better hear video in evidence https://t.co/ojrzd4SPTo

It was the fifth note the jury had sent the judge Tuesday. They had earlier requested highlighters, an easel and sticky notes, suggesting they were taking a businesslike approach to assessing Porter's role in the arrest and death of Gray.

The jury also received a set of external computer speakers to improve the sound quality of recordings in evidence, including Porter's videotaped interview with Baltimore police detectives, police radio transmissions on the day Gray was arrested and cellphone videos made at two of the wagon's six stops, starting with Gray's arrest.

The panel spent three hours deliberating Monday. Porter faces charges of manslaughter, assault, reckless endangerment and misconduct. If convicted of all charges, he could face 25 years in prison.

The judge refused a jury request for the clerk's list of trial exhibits, since the list isn't evidence, and denied defense motions for a mistrial and change of trial location. The latter two requests were part of a motion seeking ask jurors if they've seen a letter the city schools chief sent home with children Monday, warning of consequences for violent responses to any verdict.

Williams said it wouldn't be appropriate to query the jury about the letter.

In closing arguments Monday, prosecutors said Porter could have save Gray's life with two clicks: one to buckle him in with a seat belt and another to summon medical help with his police radio. Defense lawyers said Porter was not to blame for Gray's death.

Gray died April 19, a week after his neck was broken while he was in the back of the van with wrists and ankles shackled. The autopsy concluded that the injury probably came as Gray was slammed against a wall during cornering or braking.

Jurors must determine whether they believe prosecutors, who say Porter's indifference makes him criminally responsible for Gray's injury, or the defense characterization of Porter as a conscientious officer who told supervisors to bring take Gray to the hospital.

Porter took the stand in his own defense and testified that Gray showed no signs of pain or distress before he arrived at the police station critically injured.

Prosecutors said this was a blatant lie.

"Freddie Gray went into the van healthy and he came out of the van dead," prosecutor Janice Bledsoe told jurors.

The transport van "became his casket on wheels," Bledsoe said.

Gray was arrested while fleeing police in his neighborhood, just seven city blocks from the police station, yet police stopped the van repeatedly during a circuitous trip around West Baltimore that stretched on for 45 minutes.

Bledsoe showed jurors the unfastened seat belt from the transport wagon. "It's got Gray's blood on it," she said.

"Don't fall for that," countered Porter's attorney Joseph Murtha. He argued that expert witnesses disagreed on exactly when Gray's neck was broken during his trip to the police station, and said this alone should give jurors reasonable doubt.

Gray's death was indeed a "horrific tragedy" but "there is literally no evidence" Porter is responsible, he said. "This case is based on rush to judgment and fear. What's an acronym for fear? False evidence appears real."