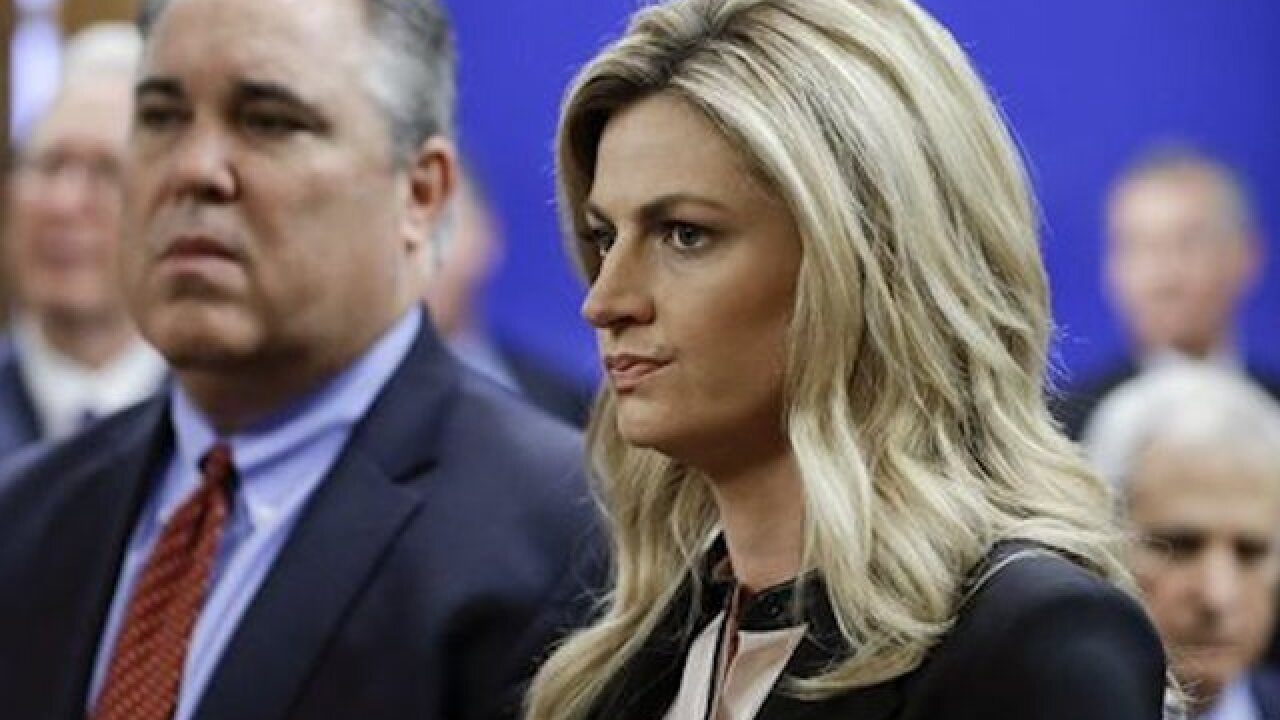 Copyright Associated Press
Mark Humphrey
<p>Sportscaster and television host Erin Andrews, right, stands with attorney Scott Carr, left, as they wait for the jury to enter the courtroom before closing arguments Friday, March 4, 2016, in Nashville, Tenn. Andrews has filed a $75 million lawsuit against the franchise owner and manager of a luxury hotel and a man who admitted to making secret nude recordings of her in 2008. (AP Photo/Mark Humphrey, Pool)</p>

NASHVILLE, Tenn. (AP) — Jurors could soon decide whether two hotel companies should be held partially responsible for a stalker taking nude videos of sportscaster Erin Andrews and posting them online.

The jury is scheduled to begin deliberating in Andrews' civil case Monday. The sportscaster and co-host of the TV show "Dancing with the Stars" sued the stalker and the owner and former operator of the Nashville Marriott at Vanderbilt for $75 million. The hotel is a franchise.

Michael David Barrett pleaded guilty to stalking Andrews in three cities, altering hotel room peepholes in Nashville and Columbus, Ohio, and taking nude videos of her and posting them online.

Barrett was a Chicago-area insurance company executive when he took the videos of Andrews at the Nashville hotel in September 2008.