Justice Dept.: States should not jail over fines 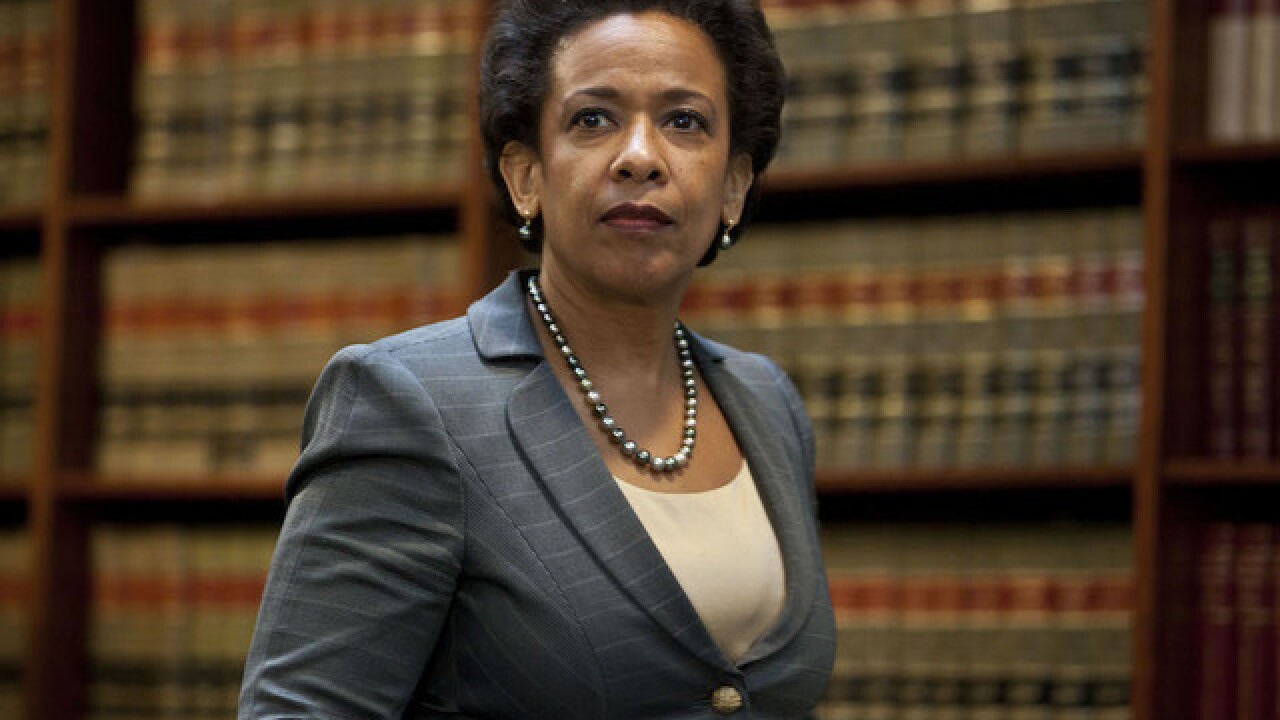 Ramin Talaie
<p>NEW YORK, NY - DECEMBER 11: U.S. Attorney for the Eastern District of New York Loretta Lynch arrives for a news conference to announce money laundering charges against HSBC on December 11, 2012 in the Brooklyn borough of New York City. Lynch is expected to be announced as the candidate to replace U.S. Attorney General Eric Holder by President Barack Obama.</p>

WASHINGTON (AP) — The Justice Department is discouraging state court systems from jailing poor defendants who fail to pay fines or fees, warning against practices that it says run afoul of the Constitution and erode community trust.

A letter being sent Monday by the federal government to state court administrators makes clear that judges should consider alternatives to jail, such as community service, for poor defendants who don't pay their fines. It also says judges must consider whether defendants have the ability to pay, and should not turn to incarceration without first establishing that the missed payment was willful.

The memo arose of a December meeting convened by the White House and Justice Department that brought together judges, court administrators, prosecutors and others to discuss improvements in how court fees and fines are assessed.

The new guidance comes amid concerns that some local courts across the country are effectively punishing poor people for their poverty by imposing crippling fines and fees that, when unpaid, can result in jail time.

"The consequences of the criminalization of poverty are not only harmful — they are far-reaching," Attorney General Loretta Lynch said in a statement. "They not only affect an individual's ability to support their family, but also contribute to an erosion of our faith in government."

That practice was exposed last year in a scathing federal report on the Ferguson, Missouri city government in which the Justice Department concluded that the municipal court levied exorbitant fines for petty offenses and routinely issued arrest warrants to residents who had missed court appearances or failed to settle their debts.

Though the state court system operates independently of the Justice Department, the memo is intended to put local judges on notice that ordering jail time for unpaid fines can violate federal law, open the door to constitutional challenges and trap residents in a cycle of escalating debt, unnecessary incarceration and unemployment.

"Furthermore, in addition to being unlawful, to the extent that these practices are geared not toward addressing public safety, but rather toward raising revenue, they can cast doubt on the impartiality of the tribunal and erode trust between local governments and their constituents," reads the letter from Vanita Gupta, the head of the Justice Department's Civil Rights Division, and Lisa Foster, who directs the department's Office for Access to Justice.

The letter also says courts must give defendants adequate notice when enforcing fines or fees, should not use arrest warrants to coerce the payment of court debt and should not impose bonds that a defendant has no ability to pay.

"Bail that is set without regard to defendants' financial capacity can result in the incarceration of individuals not because they pose a threat to public safety or a flight risk, but rather because they cannot afford the assigned bail amount," the letter says.

Also Monday, the Justice Department was announcing $2.5 million in competitive grants to state and local governments that want to explore changes in how court fees and fines are assessed and enforced.