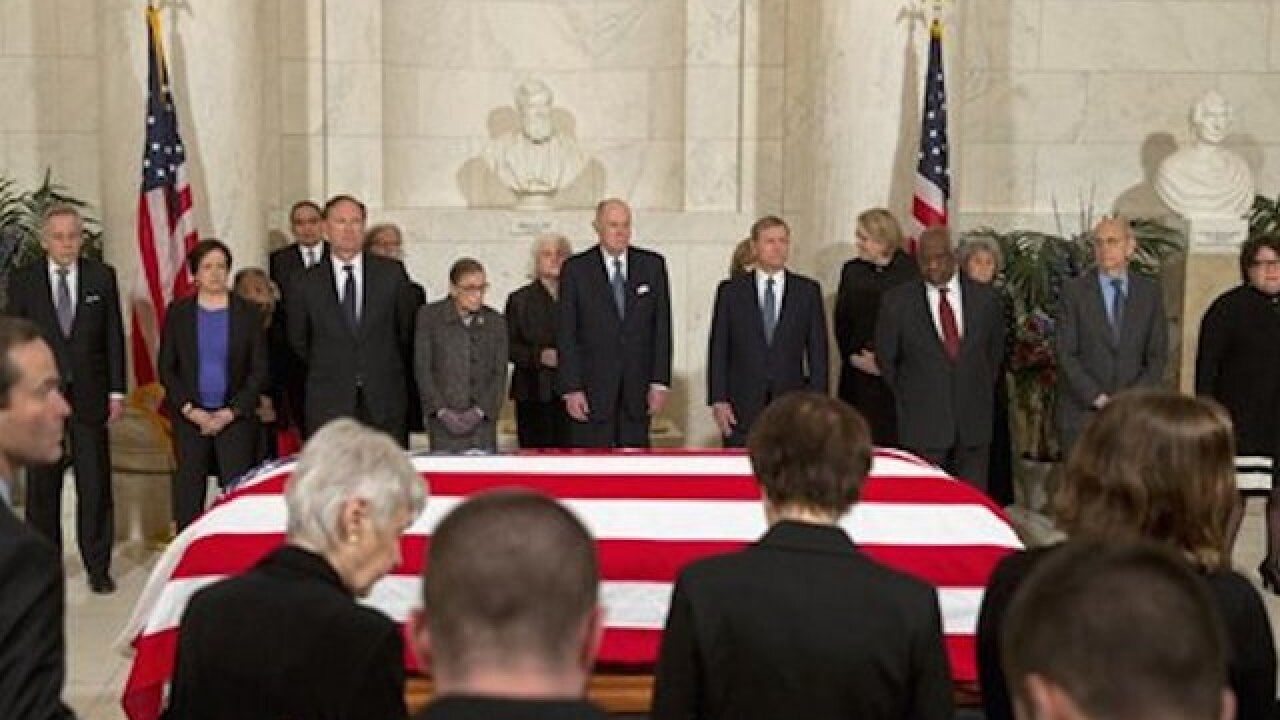 WASHINGTON (AP) — The late Justice Antonin Scalia's writing turned up in dueling Supreme Court opinions Tuesday, a fitting tribute to the justice who co-authored an entire book on interpreting the law.

Justices Sonia Sotomayor and Elena Kagan both invoked the book Scalia wrote with Bryan Garner in 2012 in a case over a lengthy prison term for a man convicted of possessing child pornography.

The two appointees of President Barack Obama disagreed over how to read a provision of an anti-child pornography law that adds a mandatory 10-year term when someone has previously been convicted of sexual abuse. The law refers to crimes of "aggravated sexual abuse, sexual abuse, or abusive sexual conduct involving a minor or ward."

Sotomayor and Kagan tangled over whether Avondale Lockhart's 2000 conviction for sexual abuse involving his 53-year-old girlfriend at the time should trigger the long prison term. Lockhart had contended the earlier conviction should only apply if it involved a child.

But Sotomayor disagreed, and she cited what Scalia and Garner described as "a commonsense principle of grammar" to explain that the phrase "involving a minor or ward" describes only a subset of the crimes that require the longer sentence. Sotomayor said that "when a modifier appears at the end of a list, it is easier to apply that modifier only to the item directly before it."

Kagan looked to a different rule that Scalia and Garner laid out three pages later, in what Kagan called "a leading treatise," to make the point that the modifying term should apply to the entire list.

The high court later engaged in a similar debate — in which Scalia almost certainly would have been deeply involved — over another federal law dealing with sex offender registries. The hourlong session was nearly over when the overhead lights in the courtroom dimmed and then went out.

"I knew we should have paid that bill," Chief Justice John Roberts quipped, as the argument continued in the dark for another four minutes before the lights came back on.