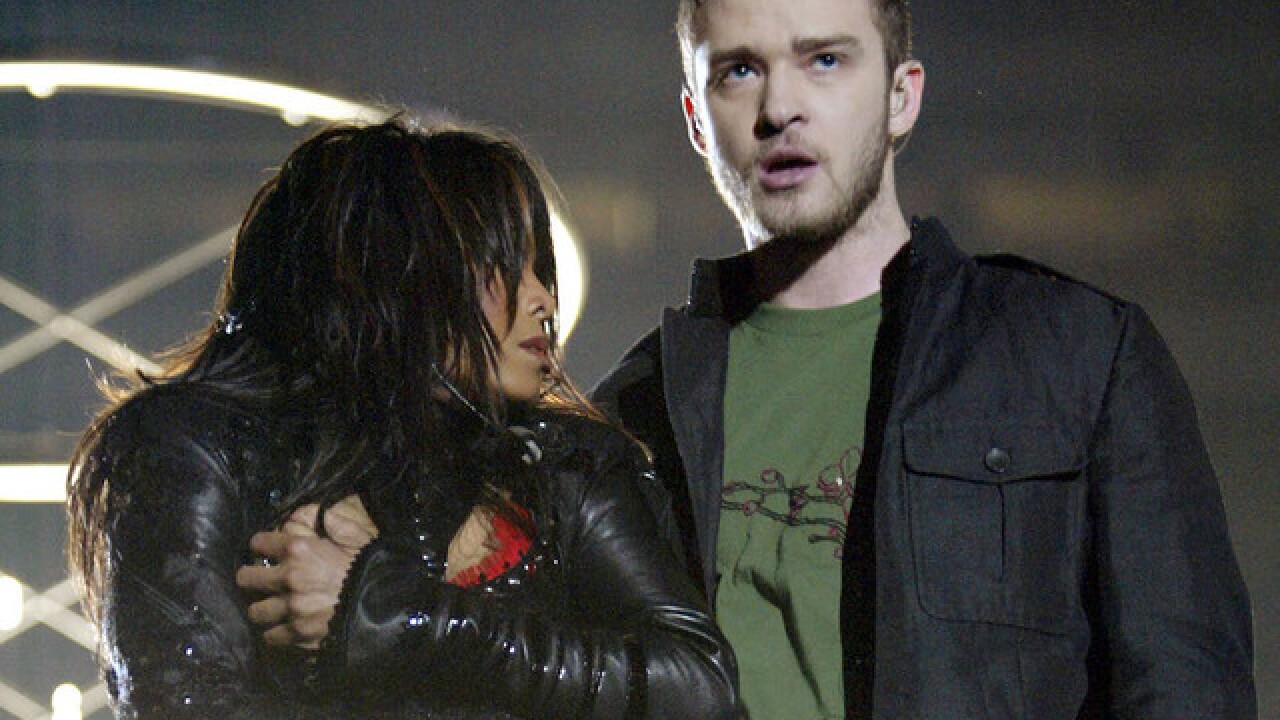 Copyright Getty Images
Frank Micelotta
<p>HOUSTON, TX - FEBRUARY 1: Singers Janet Jackson and surprise guest Justin Timberlake perform during the halftime show at Super Bowl XXXVIII between the New England Patriots and the Carolina Panthers at Reliant Stadium on February 1, 2004 in Houston, Texas. At the end of the performance, Timberlake tore away a piece of Jackson's outfit. (Photo by Frank Micelotta/Getty Images)</p>

Justin Timberlake discussed the Super Bowl XXXVIII controversy in a new interview with Beats 1 radio host Zane Lowe telling the radio DJ that he had made peace with Janet Jackson after a wardrobe malfunction exposed Jackson's right nipple before the massive televised audience.

"It's just something that you have to look back on and go, 'OK, you can't change what's happened, but you can move forward and learn from it,'" Timberlake said in the interview.

Timberlake said he made amends with Jackson but has not been public about the discussions between the two.

"I don't think it's my job to do that (in public) because you value the relationships that you do have with people," he said.