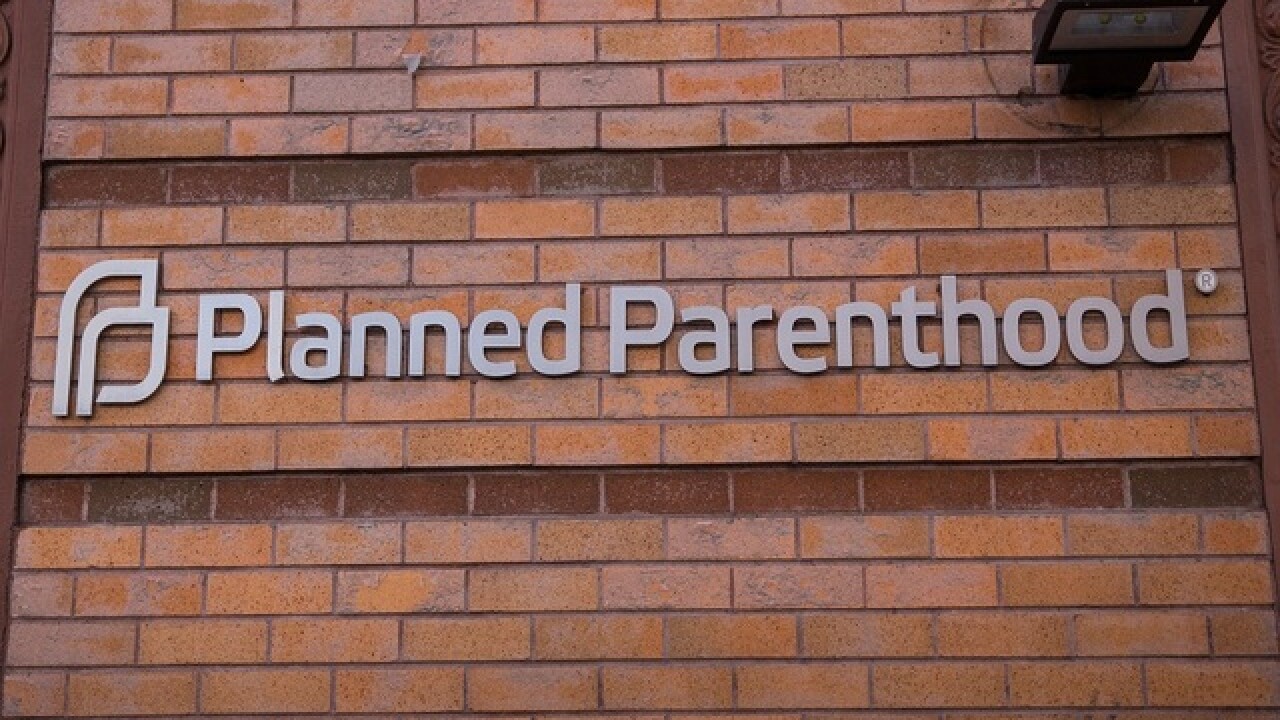 TOPEKA, Kan. (AP) — Kansas will not cut off Medicaid funding for Planned Parenthood until July 7 in what marks the third delay in two weeks as the state works to prepare for a lawsuit over its action against the abortion provider.
Planned Parenthood sued Kansas earlier this month over the state's decision to end Medicaid funding starting on May 10 — a cutoff date that the state has repeatedly moved back so that attorneys and the judge could prepare for the first hearing in the federal lawsuit.
During a telephone conference Tuesday, health department attorney Darian Dernovish told the judge the agency needs yet more time because outside attorneys are withdrawing and he will now handle the lawsuit. Dernovish suggested delaying the cutoff again — a move that U.S. District Judge Julie Robinson approved.
"This is a new case for me, with respect to the litigation," Dernovish said.
Federal courts have blocked attempts to cut off Medicaid funding for Planned Parenthood in other states, including Arkansas, Arizona, Indiana, Louisiana and Utah. Medicaid provides health coverage for the poor, elderly and disabled.
The Kansas Department of Health and Environment initially told Planned Parenthood of Kansas and Mid-Missouri that it would terminate its Medicaid funding on May 10, but delayed the action until May 24, a second time until June 7, and now for additional month. The Planned Parenthood affiliate for the St. Louis region also is involved in the lawsuit because it treats a few Medicaid patients from Kansas in a Joplin, Missouri, clinic.
Diana Salgado, an attorney with Planned Parenthood Federation of America, sought an injunction blocking the state from cutting off funding until the lawsuit is heard. She said "there is this looming cloud" over the Planned Parenthood affiliates without such an order.
"There's clearly no harm to the state," she said of temporarily blocking the cutoff.
Robinson could issue an injunction at the next hearing, now set for June 7 instead of May 24.
Republican Gov. Sam Brownback is a strong abortion opponent and declared in his annual State of the State address in January that Kansas would move against Planned Parenthood.
The health department later cited a dispute over a December inspection of a Planned Parenthood clinic in Overland Park that was later resolved, as well as allegations lodged against affiliates in Oklahoma and Texas.
Kansas also has blocked Planned Parenthood from receiving federal family planning dollars for non-abortion services since 2014.
Associated Press 2016