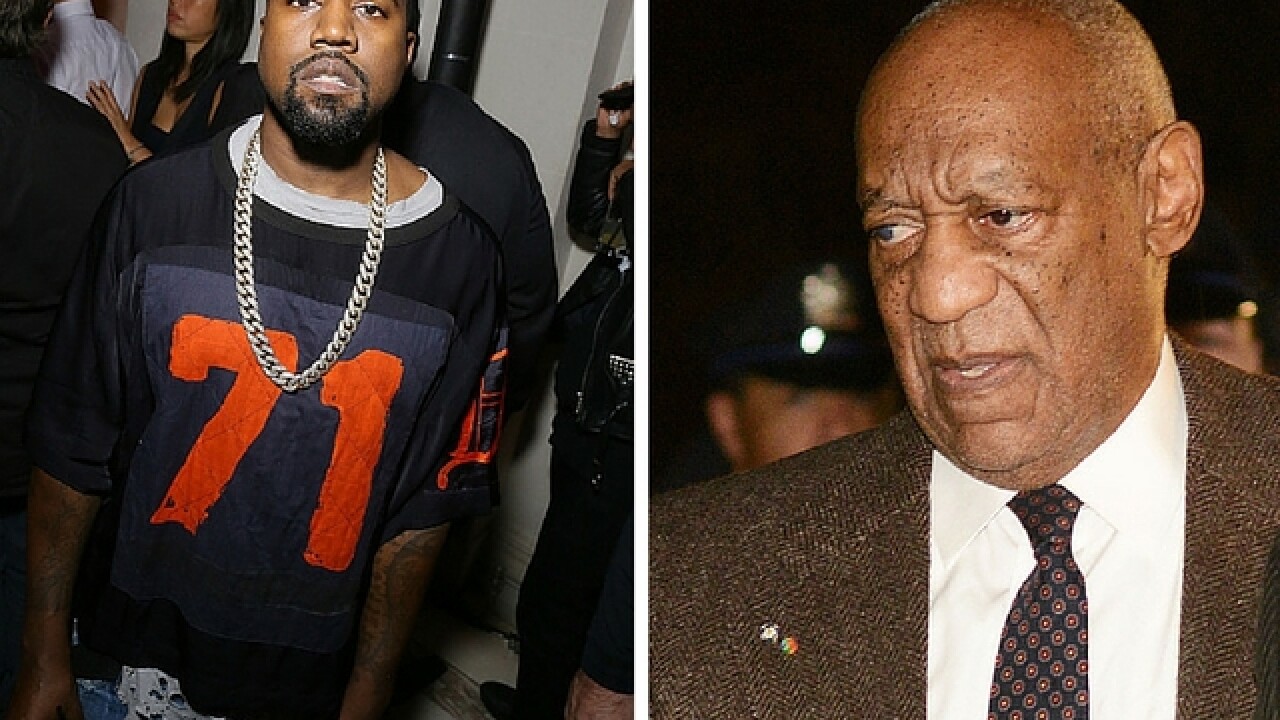 West's Tweet was almost immediately met with criticism and ridicule by the rest of the Internet.

Not the album title I would have picked but that's art for you https://t.co/gHTmqUZZ5J

Cosby currently faces charges of sexual assault in Philadelphia stemming from a 2004 incident with a Temple basketball coach. More than 50 women have come forward over the past few months and said that Cosby assaulted them as well.

West's activity on Twitter has skyrocketed since January, when he announced the release date of a still untitled album. Since Jan. 8, he's changed the name of the album from Swish to Waves before deciding on a name he hasn't yet announced.

In between announcements of changing titles and track lists, West's Twitter activity has included proclamations that his new album is "The Greatest of All Time," feuds with rapper Wiz Khalifa, ex-girlfriend Amber Rose and Michael Jordan, fake Rolling Stone covers and updates from his email account.

I'm sorry Michael Jordan I love and respect you. My beef was with Mark Parker. I respect you so much!

I have to call @FloydMayweather and @LeoDicaprio, I spoke to @MikeTyson yesterday

West is expected to debut his new album and his new fashion line on Thursday at an event at Madison Square Garden that will be simulcast to theaters worldwide.