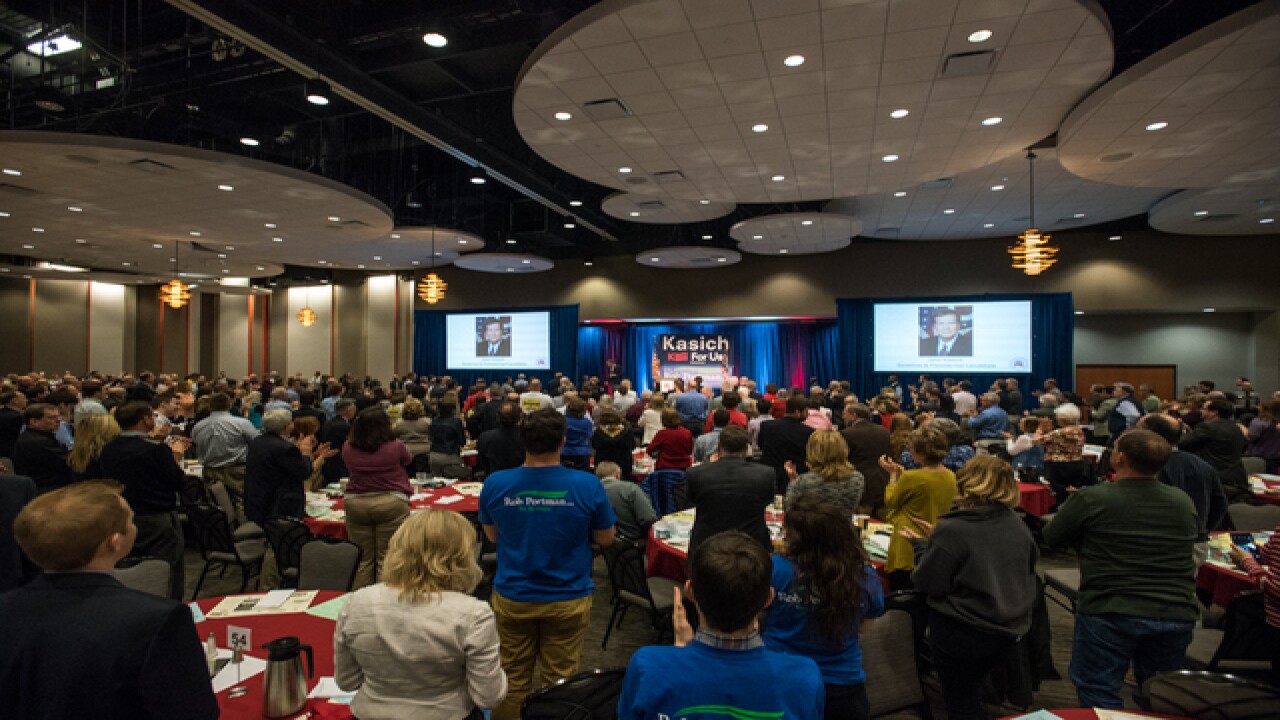 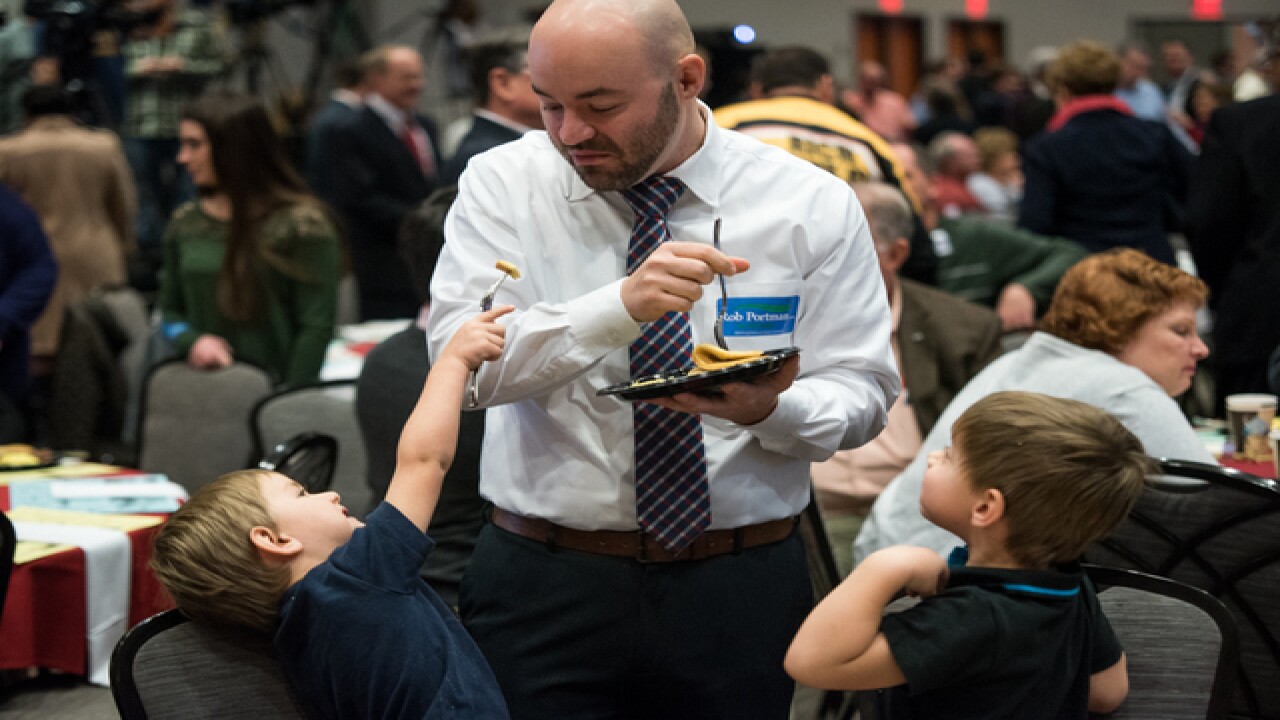 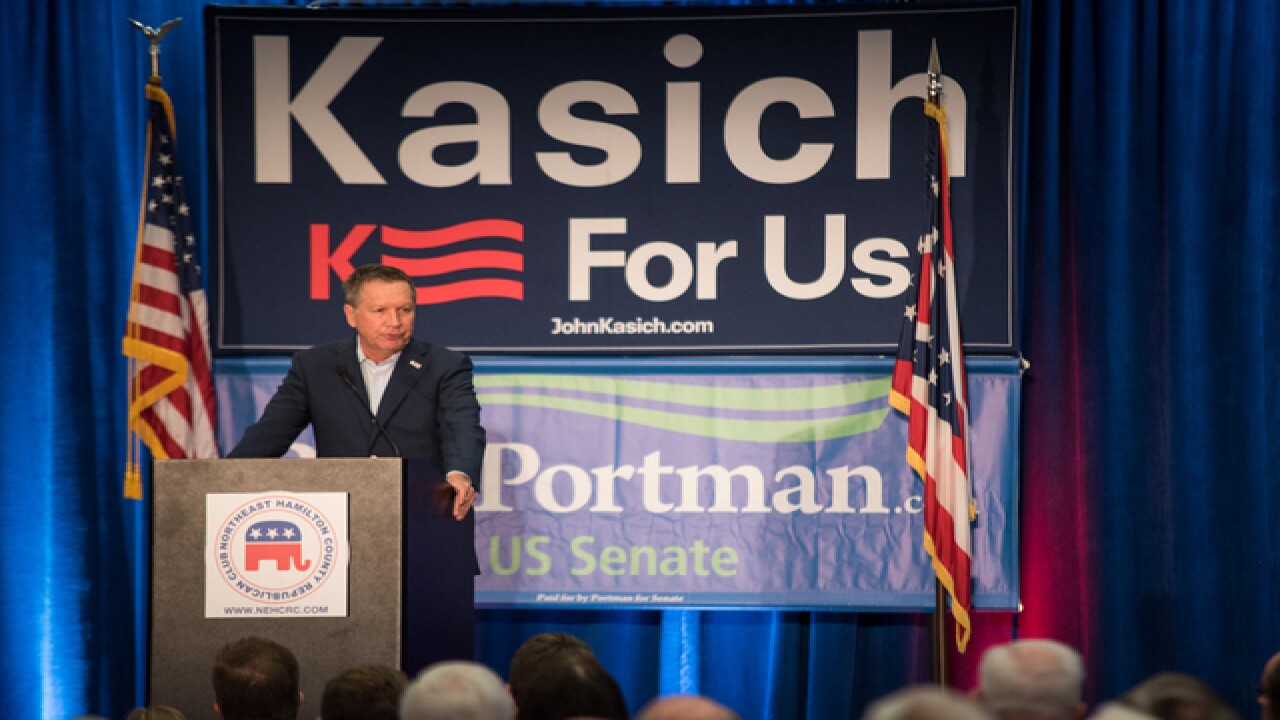 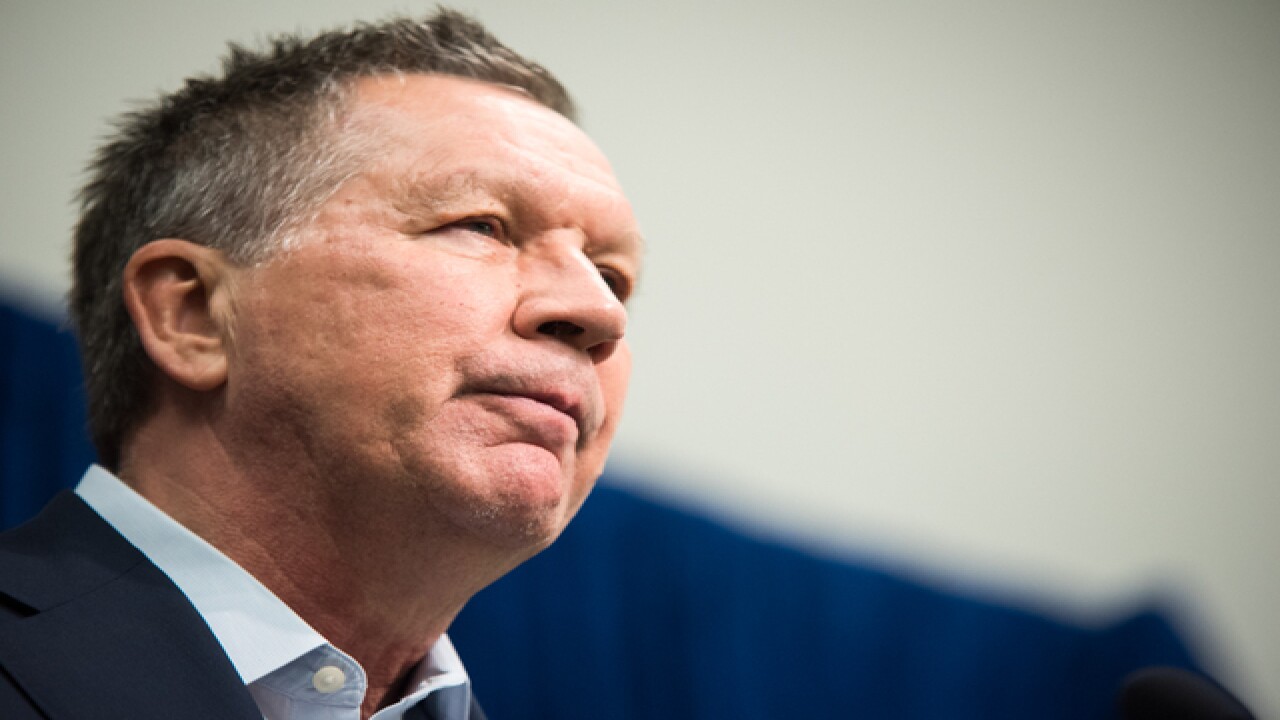 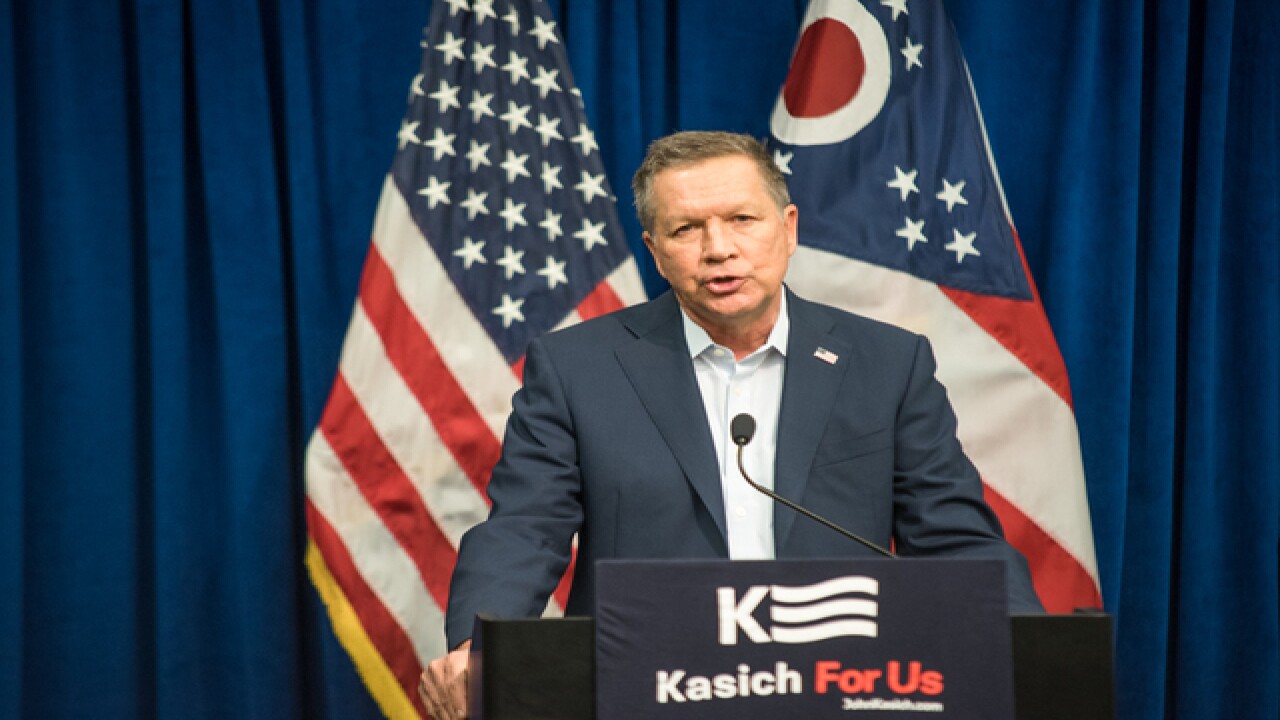 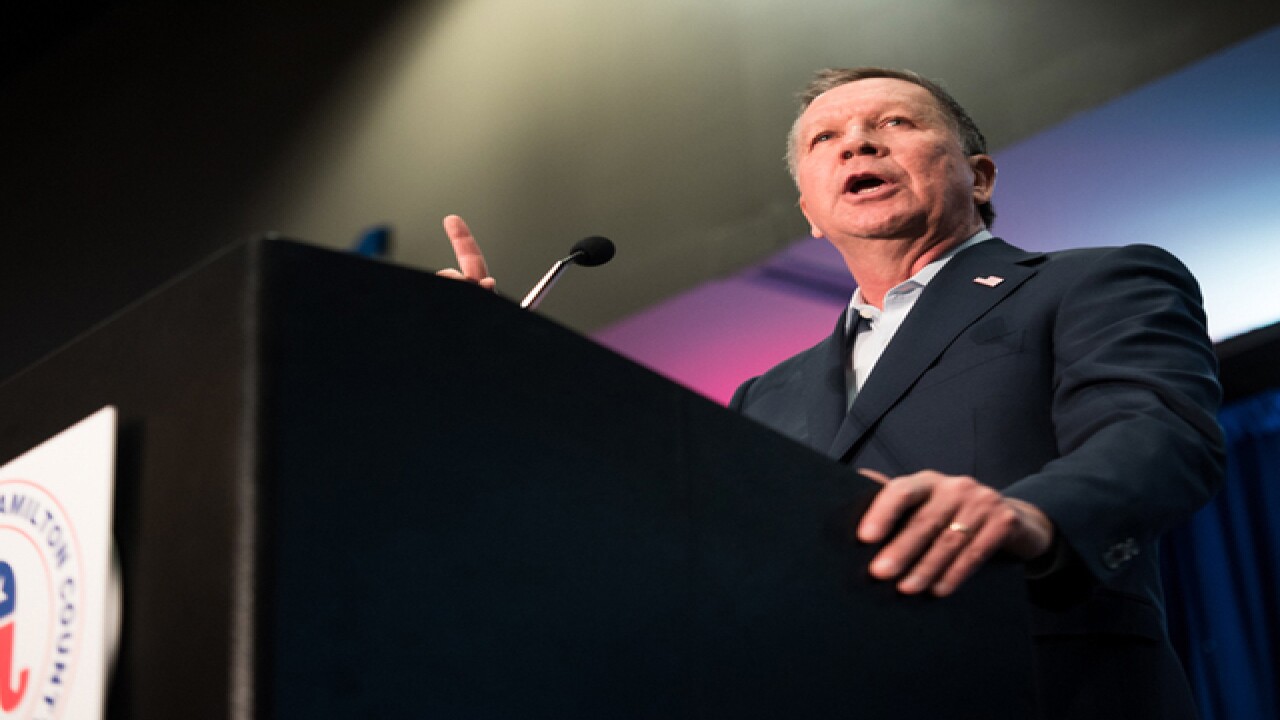 SHARONVILLE, Ohio — Gov. John Kasich, in the political battle of his life with Donald Trump to win his home state in the race for the GOP presidential nomination, brought the crowd to its feet when he vowed, “I will not seek the low road to the highest office in America.”

On Friday night, Trump canceled a rally at the University of Illinois in Chicago after violent clashes broke out between supporters and protesters and police worried it would get worse. The fights were broadcast nationally, and Kasich said he watched them on television

“Just to see Americans slugging themselves at a political rally deeply disturbed me,” Kasich said at a news conference before his speech, where he condemned the violence.

Kasich blasted Trump for creating, “a toxic environment,” and blamed the national media for its “disappointing coverage” and giving too much attention “to those who call names.”

Just 52 miles away from Kasich’s speech, Trump held his own rally on Saturday morning inside a Dayton airport hangar before a large crowd.

In contrast to his usual campaign rallies which attract thousands, Trump’s Sunday stop will be a smaller town hall meeting at the Savannah Center which can hold 1,700 at corporate events, according to its website.

Until now, the intimate town hall meetings have been Kasich’s campaign style. Although Haines invited all the GOP candidates to the pancake breakfast, he wasn’t surprised Trump didn’t accept.

“Trump doesn’t really come to stuff like this … he does his own thing. He likes feisty crowds,” Haines said. “Our folks here are civil.”

Trump might be hoping to appeal to Ohioans with a smaller town-hall style meeting, especially since the latest Fox News poll gives Kasich a 5-percentage point lead over Trump. Other early polls showed Trump with the lead.

In the past, Kasich has vowed to end his campaign if he doesn’t win Ohio. But on Saturday, he promised reporters that he would win his home state, and the nomination.

“I’m going to be the Republican nominee. I’m going to win Ohio. And do not be surprised if I go to the convention with the largest number of delegates,” Kasich said. “We have a thousand delegates yet to pick. So don’t be thinking that it isn’t possible for me not to go there with great strength. Because it can happen.”

He also suggested that he might not support Trump if he is the nominee in the wake of the recent violence.

“I like his positive message and that he has stayed above the fray in debates,” said Rachel Wilson of Greenhills, who supports Kasich. “It would be nice to have someone as president who the kids can look up to.”

When Wilson’s co-workers learned that she was attending a campaign event, they warned her, “if you go to a Donald Trump rally, be careful,” she said.

“But you don’t have to worry about that at a Kasich event, it’s much safer,” she said.