Kasich tells critics to 'chill out' 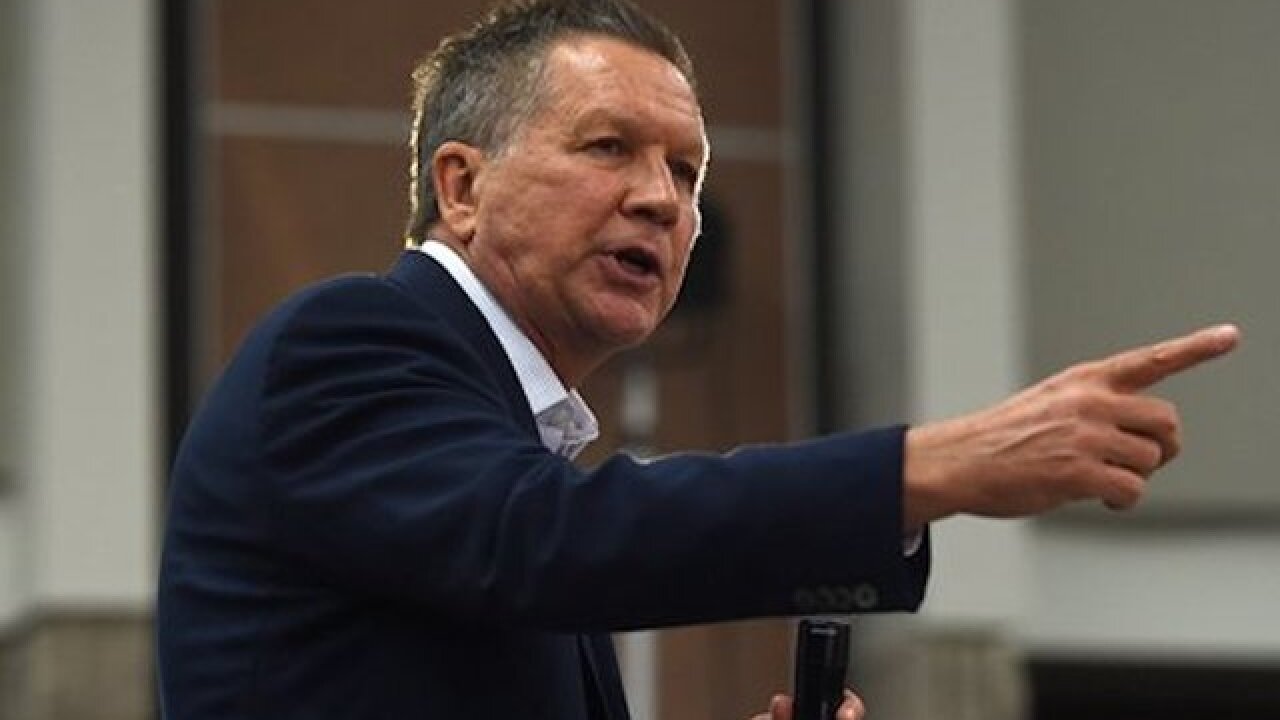 With back-to-back disappointing showings in GOP contests, Ohio Gov. John Kasich brushed off calls to exit the presidential race by telling critics Wednesday to “chill out.”

Kasich finished last in the remaining field of five candidates during Tuesday’s Nevada caucuses, as he picked up 3.6 percent of the vote. Kasich came in fifth last Saturday during the South Carolina primary.

Many have suspected that a smaller field would benefit Sen. Marco Rubio in the polls. Despite former Florida Gov. Jeb Bush departing the race Saturday, the only candidate that saw a big bump in the polls was Donald Trump.

Trump took his third straight GOP contest Tuesday in Nevada, and has a huge delegate lead over the rest of the field heading into next Super Tuesday next week.

NBC News cameras captured Kasich explaining at a forum in Gulfport, MS. why he should stay in the race.

"I think (Trump) has a ceiling. And hopefully the race will consolidate and I'll be in a position to be able to go mono-y-mono and then lay out my stuff and let him lay out his and we'll see where we are,” Kasich said. “We have 54 of these races all over and we've had four. So everybody just needs to chill out.”

Kasich is holding out that his popularity in the Midwest will save his campaign. Kasich has already been spending time in Michigan, which holds its state primary on March 8. He is also hoping to win Ohio’s primary on March 15. Ohio is among the first states to hold a winner-take-all primary.

But the Baldwin Wallace poll also confirmed a claim Kasich has been making: In a smaller field, Kasich beats Trump. But it is unlikely Rubio or Sen. Ted Cruz will drop out of the race before the Ohio primary.