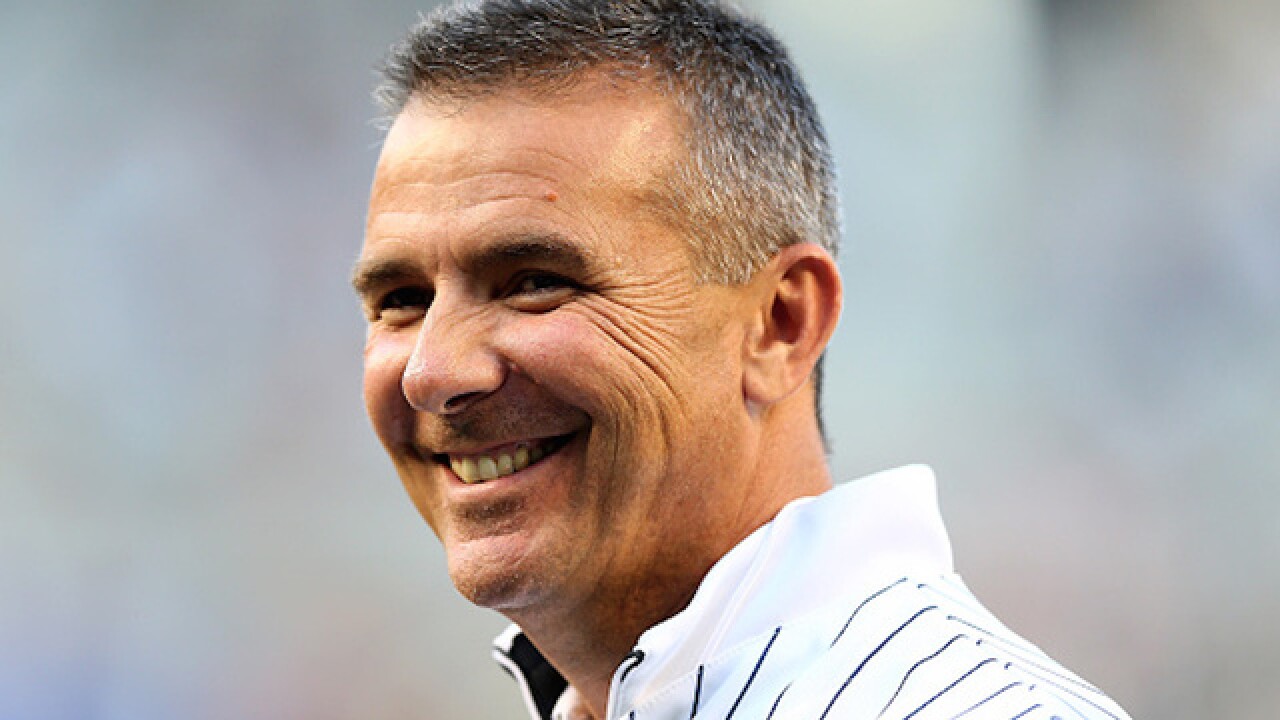 Copyright Getty Images
Elsa
<p>NEW YORK, NY - MAY 08: Ohio State football coach Urban Meyer stands on the field before he threw out ceremonial first pitch before the game between the New York Yankees and the Baltimore Orioles on May 8, 2015 at Yankee Stadium in the Bronx borough of New York City. (Photo by Elsa/Getty Images)</p>

In a state that covets its college football team, it is no surprise that the endorsement of Ohio State’s head coach would be sought-after. Brushing aside calls to endorse businessman Donald Trump, OSU head coach Urban Meyer announced he is supporting the state’s governor John Kasich for the Republican nomination.

Kasich is last among the four remaining GOP candidates in delegates. But Kasich has stayed in the race with the belief he can win Ohio and all of its 66 delegates. Winning Ohio would more than double his current delegate haul.

Meyer’s endorsement of Kasich is important in a state like Ohio. Recent polling shows Trump and Kasich are in a dead heat to win Ohio’s winner-take-all primary. CNN and Quinnipiac University have both released polls in recent days showing Trump with a slim lead. But Fox News published a poll this week showing Kasich leading Trump by 5 points in Ohio.

“We are very proud of you and (the governor’s wife) Karen and your family and look forward to this,” Meyer said during a video released by the Kasich campaign. “The leadership you have shown the state of Ohio, and even before, and your friendship, as a friend, I am a true supporter of what you stand for. We would like to wish you the best; go win this darn thing.”

On March 1 during a rally in Columbus, Trump claimed that he received praise from Meyer. Trump said that Meyer is talented, and someone who is talented is needed in the White House.

On Tuesday, Meyer declined to comment on Trump as his team began spring drills.

No wonder Meyer’s endorsement is key in the state. In June 2015, Public Policy Polling found that Meyer had an 85 percent approval rating in Ohio. And his likeability translates to both Democrats and Republicans.

According to PPP, 84 percent of people who voted for Mitt Romney in 2012 support Meyer. The same is true for Obama voters. Only 3 percent of Obama voters and 1 percent of Romney voters disapprove of Meyer’s performance as OSU coach.

But according to some on Twitter, Meyer’s entry into the political arena was not as well received.

So Urban Meyer endorsed Kasich? Because Urban is such a political powerhouse?lol Stick to winning national championships Urban. ?