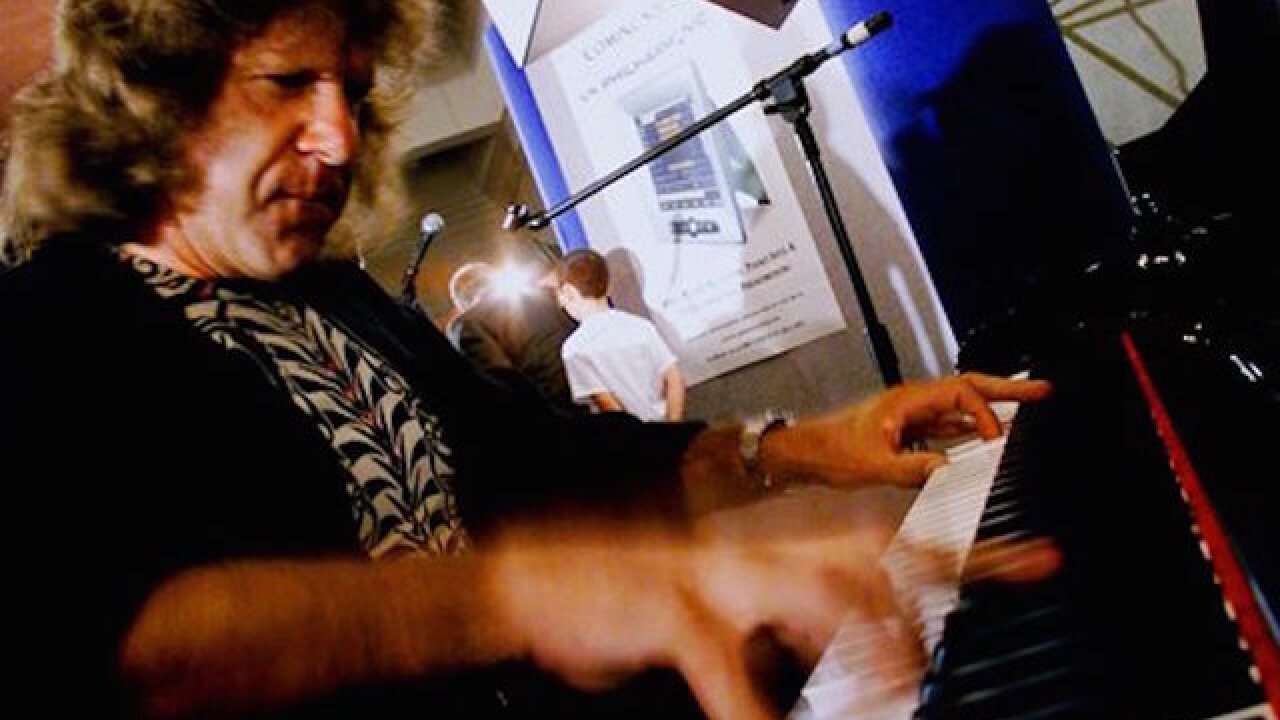 LOS ANGELES (AP) — Keith Emerson, founder and keyboardist of the progressive-rock band Emerson, Lake and Palmer, has died, his longtime partner announced Friday. He was 71.

Mari Kawaguchi said she found Emerson dead at around 1:30 a.m. at their condominium in the coastal suburb of Santa Monica, California but he could have died Thursday evening or night. She declined to disclose the cause of his death.

"Keith was a gentle soul whose love for music and passion for his performance as a keyboard player will remain unmatched for many years to come," his former bandmate, drummer Carl Palmer, said in a statement. "He was a pioneer and an innovator whose musical genius touched all of us in the worlds of rock, classical and jazz. I will always remember his warm smile, good sense of humor, compelling showmanship and dedication to his musical craft. I am very lucky to have known him and to have made the music we did together."

Kawaguchi said Emerson was able to compose without any instrument.

"He was just natural. The music was always in his head, always," she said. "Even when he was sleeping, you know, I could tell he was always thinking about music. Sometimes he would wake up and compose music. And it was all so, so beautiful."

Emerson, Palmer and vocalist/guitarist Greg Lake were giants of progressive rock in the 1970s, recording six platinum-selling albums. They and other hit groups such as Pink Floyd, the Moody Blues and Genesis stepped away from rock's emphasis on short songs with dance beats, instead creating albums with ornate pieces full of complicated rhythms, intricate chords and time signature changes. The orchestrations drew on classical and jazz styles and sometimes wedded traditional rock instruments with full orchestras.

Emerson, Lake and Palmer's 1973 album "Brain Salad Surgery" included a nearly 30-minute composition called "Karn Evil 9" that featured a Moog synthesizer and the eerie, carnival-like lyric: "Welcome back my friends, to the show that never ends."

A musical prodigy, Emerson was born in Todmorden, Yorkshire in England. By his late teens, he was playing in blues and jazz clubs in London. He helped form one of the first progressive rock groups, the Nice, before hooking up with Lake and Palmer in 1970 and debuting with them at the Isle of Wight Festival, shows that also featured Jimi Hendrix and the Who.

Although it filled stadiums, ELP also was ridiculed as the embodiment of the pomposity and self-indulgence that rock supposedly stood against. When the punk movement took off in the mid-'70s, the band was a special target, openly loathed by the Sex Pistols' Johnny Rotten among others.

Years later, Rotten (then calling himself John Lydon) and Emerson became friends, Lydon told News of the World in 2007.

"He's a great bloke," Lydon said. "I've told Keith in no uncertain terms that what put me off his band were those 20-minute organ solos and that film of their convoy of trucks crossing America."

Throughout, Emerson continued to compose and perform, sometimes solo and other times with various musicians, including Lake.

Despite his influence, Emerson never considered himself a rock or pop icon and his true musical devotion lay elsewhere.

"He hated being called rock star or prog-rock star...he wanted to be known as composer," she said. "He never succumbed to being commercially successful. He had no interest. He always said: 'I'm not a rock star. I've never been a rock star. All I want is to play music.'"

Emerson had been composing and working with internationally known symphonies, including two in Germany and Japan, and was about to embark on a short tour in Japan starting on April 14 with his band, Kawaguchi said. His work included a classical piano concerto.