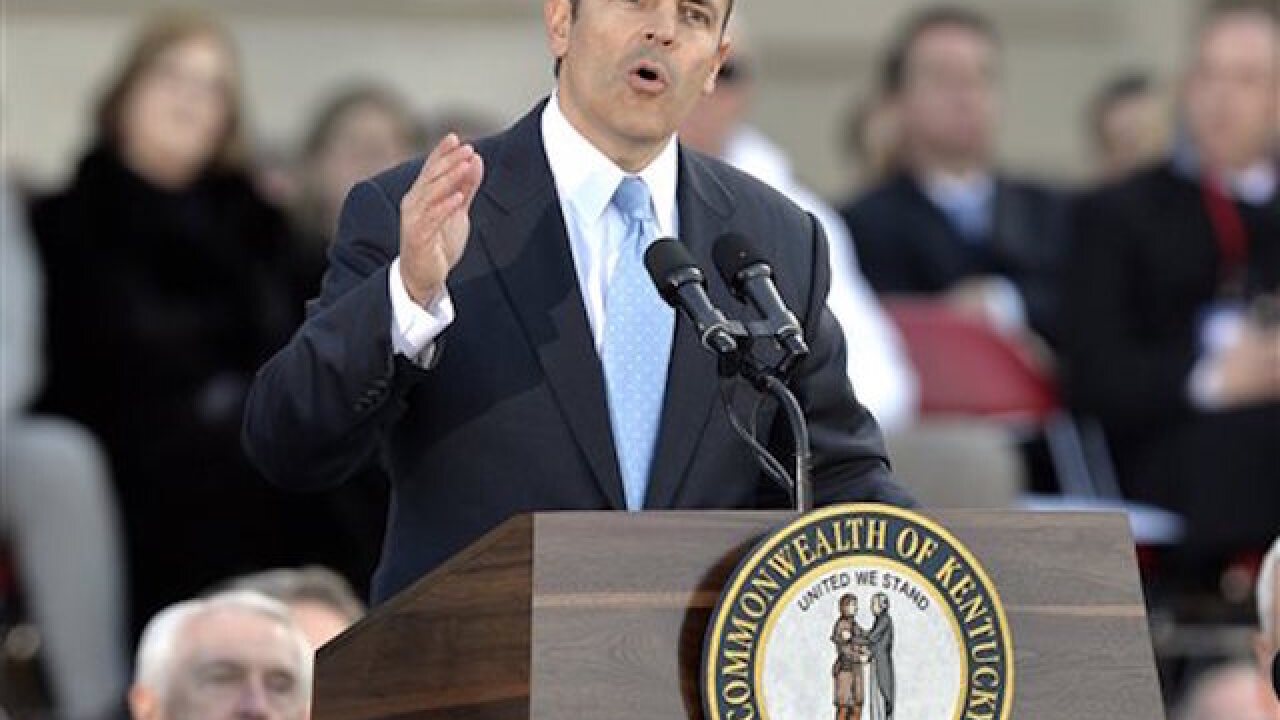 FRANKFORT, Ky. (AP) — Kentucky Republican Gov. Matt Bevin ordered the state to prepare new marriage licenses that do not include the names of county clerks, in an attempt to protect the religious beliefs of clerk Kim Davis and other local elected officials.

Bevin said he directed the Kentucky Department of Libraries and Archives to issue the revised marriage license forms to all county clerks. The executive order comes after Davis, the Rowan County clerk, spent five days in jail for refusing to issue marriage licenses to same-sex couples. Davis said she could not issue the licenses because they had her name on them.

Bevin said he issued the executive order to "ensure that the sincerely held religious beliefs of all Kentuckians are honored." It was one of five executive orders he issued Tuesday, the first of his administration, that mostly revised or suspended recent actions by former Democratic Gov. Steve Beshear.

"Today, I took action to uphold several commitments I made during my campaign so that we can implement real solutions that will help the people of Kentucky," Bevin said in a news release.

It's unclear how Bevin's order will affect a federal lawsuit brought by four couples against Davis. One of Davis' deputy clerks has been issuing altered marriage licenses to eligible couples since September. They do not include Davis' name or the name of the county.

The American Civil Liberties Union, which represents the four couples, has asked U.S. District Judge David Bunning to order Davis to reissue the licenses. Bunning has not made a decision yet.

Davis and her supporters had asked Beshear to issue a similar executive order. Beshear had refused, arguing only the state legislature had the authority to change the state law requiring the contents of the marriage license form.

Bevin also took aim at two of Democrats' proudest moments this year: raising the minimum wage for some state workers and automatically restoring the voting rights of some nonviolent convicted felons who had completed their sentences.

Bevin revised a previous order from Beshear that raised the minimum wage for most state workers to $10.10 per hour. That action went into effect on July 1 and impacted about 800 people at a cost to taxpayers of $1.6 million. Bevin's order said state agencies and vendors do not have to pay the higher wage, but added it would not affect people who have already received a raise.

Bevin's order for felons applied only to those who had completed their sentences and did not have any pending charges or restitution orders. The order does not affect anyone whose rights have already been restored, he said.

"While I have been a vocal supporter of the restoration of rights ... it is an issue that must be addressed through the legislature and by the will of the people," Bevin said in a news release.