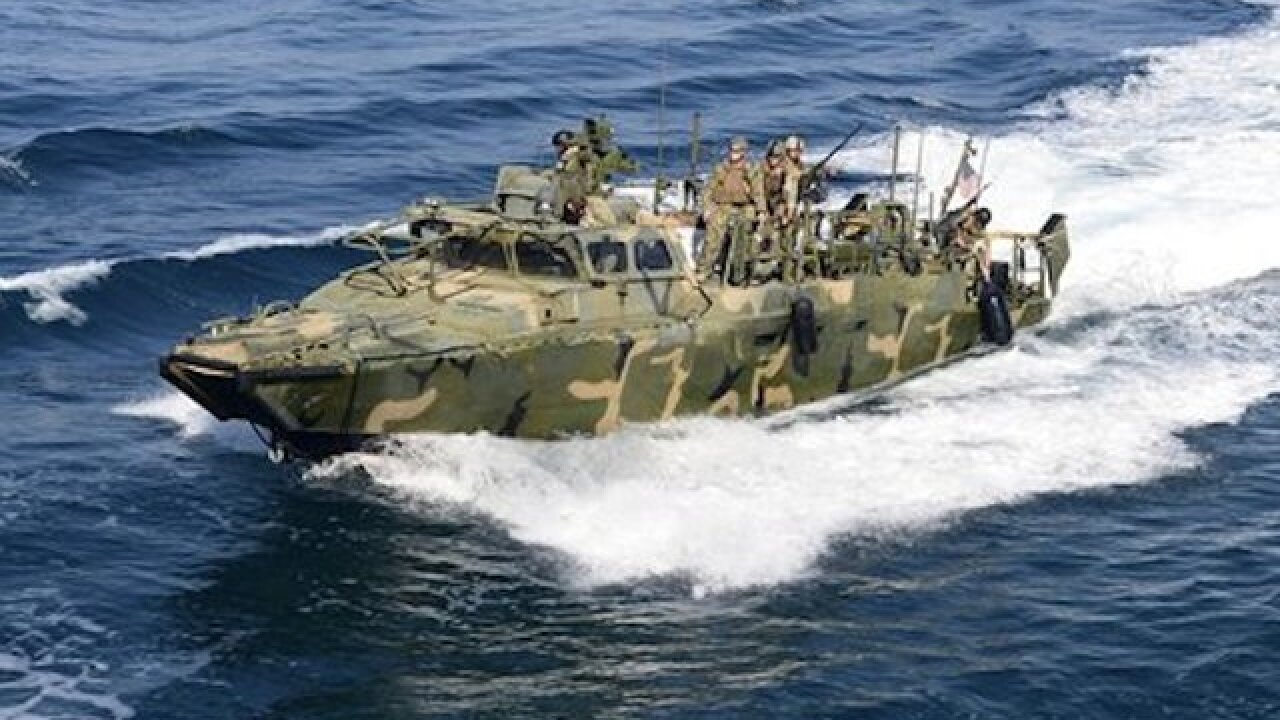 LaTunya Howard/U.S. Navy via AP
MC1 LaTunya Howard
<p>In this Nov. 15, 2014, photo, a Riverine Command Boat from Costal Riverine Squadron (RIVRON) 2 escorts the USS Bunker Hill (CG 52) in the Persian Gulf. Iran was holding 10 U.S. Navy sailors and their two boats, similar to the one in this picture, on Jan. 12, 2016, after the boats had mechanical problems and drifted into Iranian waters. American officials have received assurances from Tehran that they will be returned safely and promptly. (LaTunya Howard/U.S. Navy via AP)</p>

WASHINGTON (AP) — Iran could comply with last summer's nuclear deal as early as Friday or this weekend, officials said, which would require the United States and other nations to immediately suspend billions of dollars' worth of economic sanctions on the Islamic Republic.

Secretary of State John Kerry predicted Wednesday the achievement would come "within days."

Just hours after welcoming Iran's release of 10 U.S. sailors it detained when their boats wandered on to an Iranian island in the Persian Gulf, Kerry said in a speech at National Defense University that implementation of the deal will take place soon, without specifying an exact date.

Others in Washington and elsewhere said the announcement could come within two days. In Vienna, a senior diplomat from one of the six countries that cut the deal with Iran said it would be formally declared implemented "most probably Friday." Those officials spoke on condition of anonymity because they were not authorized to discuss the matter publicly.

"I believe the parties will perform their undertakings by Friday and Saturday and Sunday and the implementation day would be announced on that time," Araghchi said.

He said the foreign ministers who negotiated the July accord — including Kerry, Zarif and their counterparts from Britain, China, France, Germany and Russia — may meet to deliver a joint statement. Kerry is expected to be in Europe this weekend on other business.

Under the terms of the deal, once Iran meets its obligations to curb its nuclear program, it is to receive wide-ranging sanctions relief. For the U.S. that means suspension of nuclear-related sanctions on Iranian oil, banking and commerce.