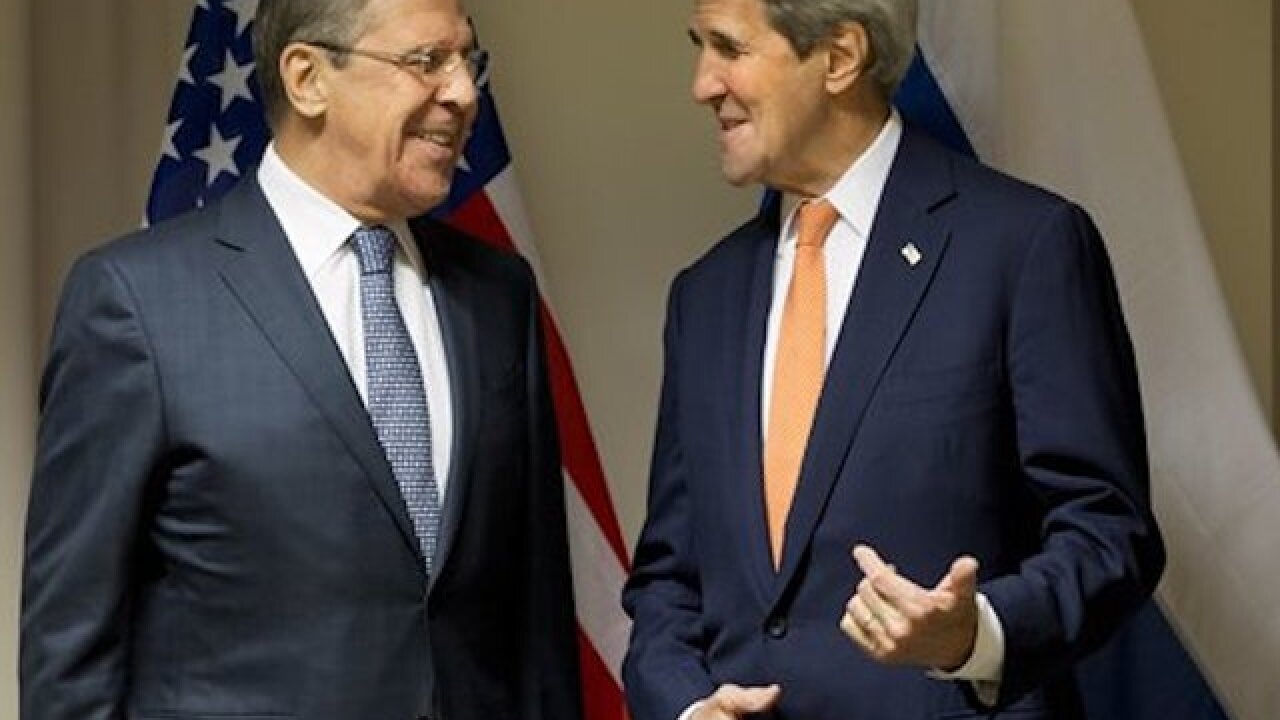 ZURICH (AP) — U.S. Secretary of State John Kerry and Russian Foreign Minister Sergey Lavrov met on Wednesday in hopes of resolving differences over who is eligible to join U.N.-mediated peace talks for Syria due to begin next week.

Kerry later was to travel to the Swiss resort town of Davos for the World Economic Forum and speak with the U.N. special envoy for Syria, Staffan de Mistura, who plans to convene the Syria talks Monday in Geneva.

Differences over which Syrian opposition groups should be labeled terrorists and barred from the negotiations have threatened to delay the talks, the first step in a proposed 18-month political transition for Syria, mired in civil war.

Lavrov, asked before the meeting if the Syria negotiations would begin as planned, told reporters, "We will see, we will see."

Referring to the composition of the opposition delegation, he said, "It's mostly for de Mistura, not for us."

Russia and Iran, which back Syrian President Bashar Assad, have immense differences with Saudi Arabia, other Arab states, the United States and Europe over which opposition groups should be considered terrorists and therefore excluded from an 18-month political transition process the U.N. has endorsed.

One dispute is over the groups Ahrar-as-Sham and Jaish al-Islam. Russia and Syria consider terrorists; Saudi Arabia, the United States and others view as legitimate opposition groups.

"We're not unmindful of the fact that there still remains differences of opinion, and that this is a complicated process and that there is still quite a bit of work that needs to be done to get the meeting to occur," State Department spokesman John Kirby said Tuesday. "But it's our hope that this can continue to move forward, and that we can have this meeting on the 25th."

U.N. officials say they are focused on starting the talks as planned on Monday. But they say they cannot send out invitations until the key countries agree on an opposition list.

After his time in Switzerland, Kerry will travel to Saudi Arabia, Laos, Cambodia and China.