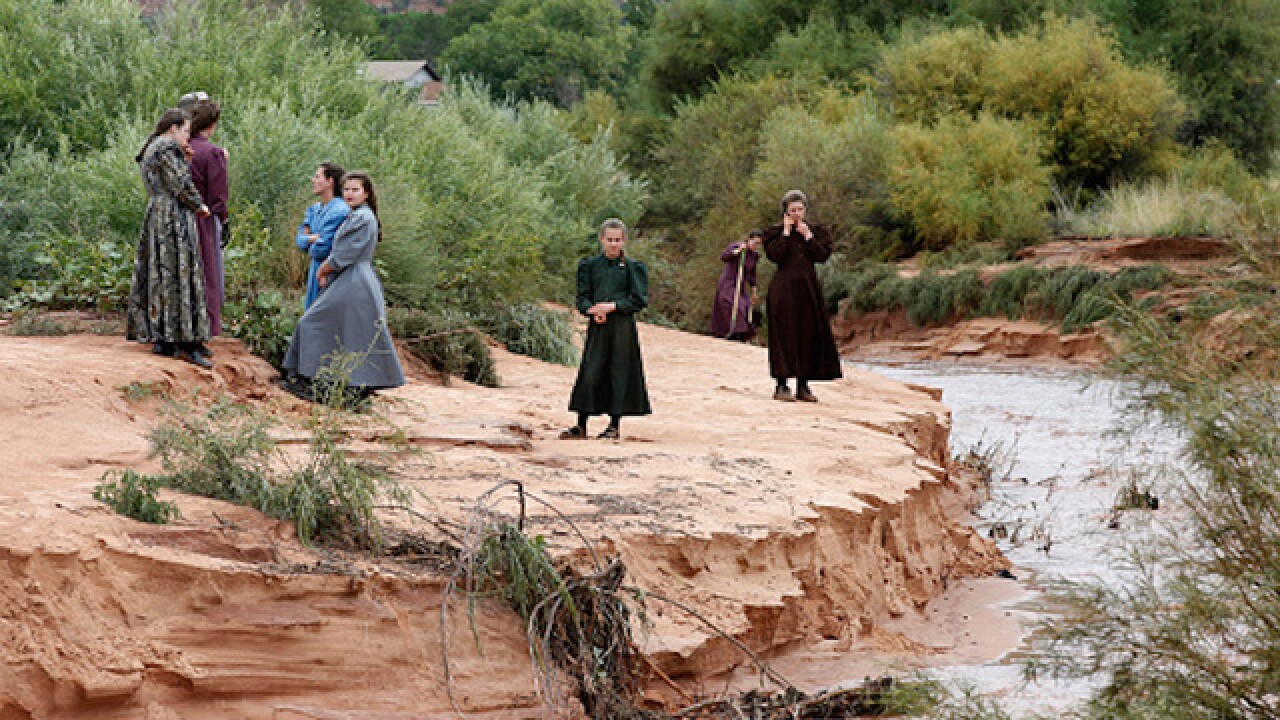 George Frey
<p>COLORADO CITY, AZ - SEPTEMBER 15: Local residents walk along the edge of Short Creek where two vans were swept away the day before on September 15, 2015 in Colorado City, Arizona. Flash floods from heavy rains on the afternoon of September 14, 2015 washed away two cars in Hildale as they were crossing a flooded creek, killing 8 people with five still missing. (Photo by George Frey/Getty Images</p>

PHOENIX (AP) — A key witness in a trial against two polygamous towns in Arizona and Utah on Tuesday described the elaborate steps the church and communities took to avoid outside law enforcement and help their leader while he was a fugitive, including using "burner" cellphones, encrypted radios and hidden all-terrain vehicles.

Willie Jessop served as a spokesman and head of security for the Fundamentalist Church of Jesus Christ of Latter Day Saints before leaving the sect in 2011. He testified about a list of cloak-and-dagger efforts that church leaders and officials in Colorado City, Arizona, and Hildale, Utah, undertook to evade law enforcement and help their fugitive prophet, Warren Jeffs.

Convinced the local cellphone tower was being monitored, they drove 40 miles from town to make calls. They collected burner, or disposable, phones from around the U.S. and used encrypted radios.

Many of the efforts were designed to assist Jeffs while he was on the FBI's most-wanted list in 2006, Jessop said. Jeffs was on the run from charges of arranging marriages between girls and older men.

Jessop said when Jeffs was being moved to a new location, Jessop would fly to places around the country to serve as a decoy and throw law enforcement off the trail.

He also said church leaders positioned all-terrain vehicles in various locations as part of their escape plans. When federal and county law officers showed up to serve a subpoena, Jessop said he and Jeffs' brother — a key church figure — motored away in an ATV that was stashed behind fake walls in a Colorado City building.

He said all of these efforts were made in cooperation with town officials — a key component in the trial being decided by a jury in Phoenix.

Jeffs was captured during a 2006 traffic stop outside Las Vegas. Investigators found more than $50,000, cellphones, laptop computers, a police scanner and wigs inside the SUV in which he was traveling.

Jeffs is now serving a life sentence in a Texas prison for sexually assaulting one of his 24 underage brides. He is still believed to rule the polygamous sect through letters and phone calls from prison.

The U.S. Justice Department alleges Colorado City and Hildale serve as an enforcement arm of the church. The government says the towns have discriminated against nonbelievers by denying them housing, water services and police protection.

The communities deny the allegations and say religion isn't a motivating factor in their decisions.

Jessop said residents must have church approval to serve in government in the towns.

He said a turning point occurred in 2004 when 20 men were booted from the church. "It changed from a church to a cartel," he said.