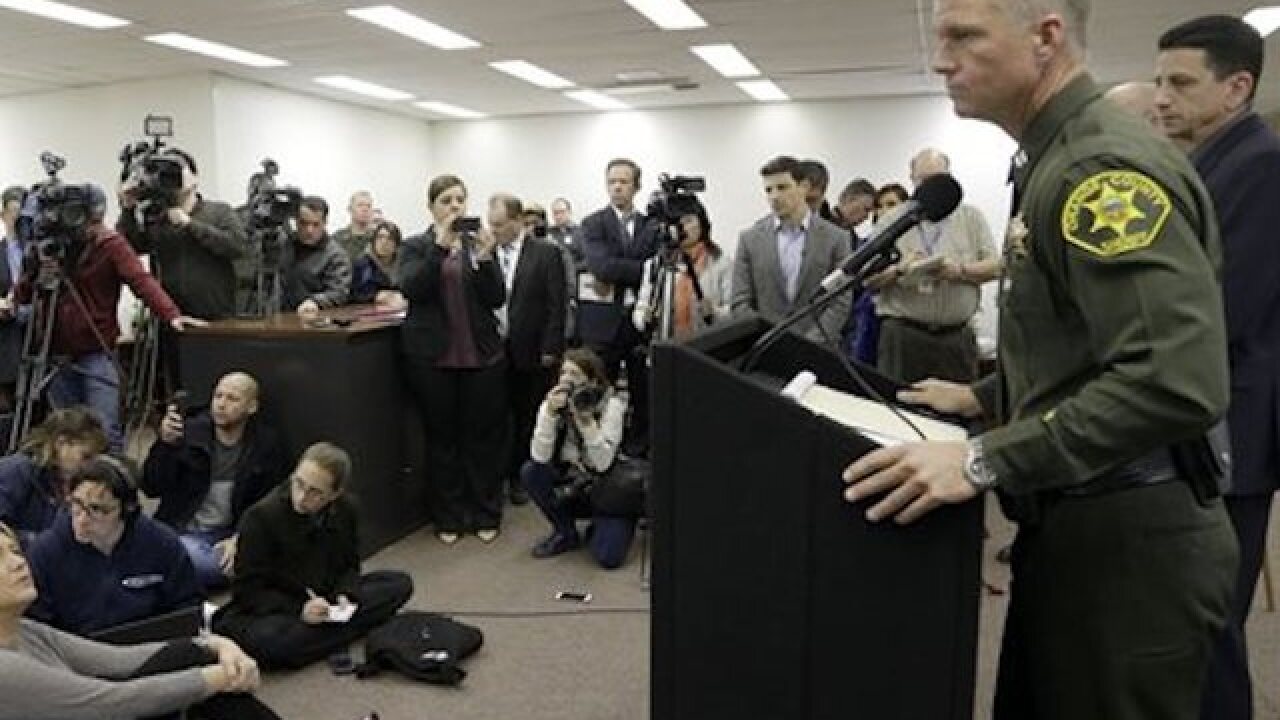 SANTA ANA, Calif. (AP) — A California taxi driver held hostage by three escaped inmates said the fugitives laughed gleefully as they watched TV reports about the search from motel rooms where they holed up.

Long Hoang Ma told the Los Angeles Times he was befriended by inmate Bac Duong, who called him "uncle" and served as his protector as the fugitives argued over whether to kill the cab driver.

Ma was held captive at gunpoint for a week after picking up the men on Jan. 22 in Garden Grove, later driving with them for hundreds of miles and staying with them as they chain-smoked in tiny hotel rooms.

Ma told the Orange County Register his captors spent each night drinking bottles of Jack Daniel's and 12-packs of beer.

At one point, Ma said, fugitive Hossein Nayeri punched Duong in the face during an argument. Ma speaks Vietnamese and only a few words of English so he didn't understand the fight, he said, but Duong later told him it was about whether he should be killed.

He said Nayeri forced him to pose for pictures with the other fugitives, for reasons he didn't understand.

"He really wants to get rid of you, but I'm trying to help you," the cab driver recalled Duong saying. Duong told him that Nayeri "wanted to toss him into the ocean," Ma said.

Duong cried and worried that Nayeri — who appeared to be the leader of the group— would become violent. Duong also talked about wanting to surrender, according to Ma.

In San Jose, Duong took Ma to a Western Union to collect $3,000 that he said Nayeri's mother had sent him.

Duong decided to leave the others and take Ma, allowing Ma to sit beside him with his hands unbound during the ride back to Orange County, where the escape occurred.

Ma, who came to the U.S. from Vietnam in 1992, said his cellphone would ring while he was held captive, with people asking to be picked up, but his captors forced him to lie about his whereabouts.