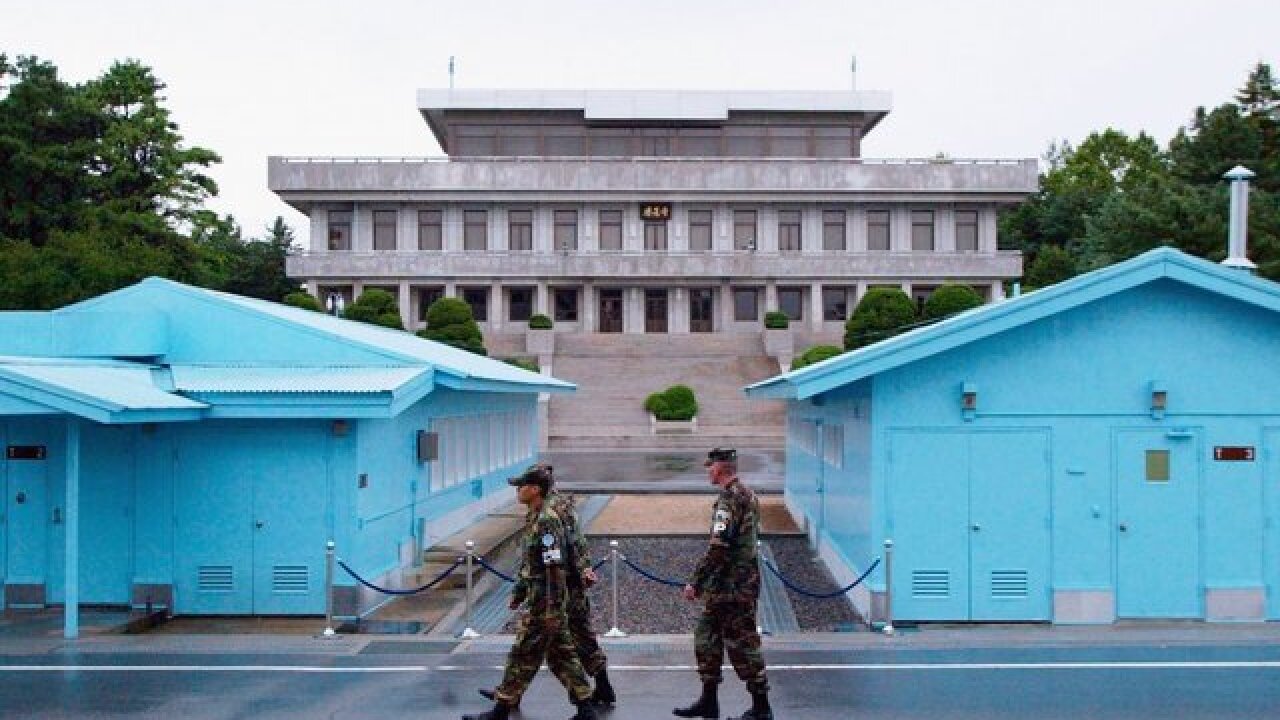 Kim Jong Un has become the first North Korean leader to step into South Korean territory since 1953, crossing the demarcation line separating the nations for a historic summit on Friday morning.

He was greeted by South Korean President Moon Jae-in and the two leaders shook hands, before walking along a red carpet to the Peace House for the first meeting between the leaders of the divided Koreas since 2007.

Both men traveled to the demilitarized zone (DMZ) on Friday for a full day of talks on three subjects with worldwide implications -- the denuclearization of the Korean Peninsula, a peace settlement and the improvement of bilateral relations.

Crowds of supporters, holding signs calling for denuclearization, had waved off the South Korean President as he left his residence in Seoul and his motorcade's hour-long drive north towards the DMZ was broadcast live to the world.

Huge banners have been displayed across the South Korean capital of Seoul proclaiming "Peace, a new start" amid rumors the two leaders could discuss signing an official peace treaty finally ending the Korean War.

Kim would "open-heartedly discuss" all the issues with Moon, and was entering talks with the hope of "achieving peace prosperity and reunification of the Korean Peninsula," North Korean state media KCNA said.

The summit is the result of months of diplomatic wrangling and negotiating on the part of Moon, a longtime advocate of peace between the Koreas. It will also set the stage for the first meeting between a sitting US president and North Korean leader when Donald Trump and Kim meet in May or June.

However, stakes are high and some observers are doubtful the two sides can bridge the gap created by 60 years of antagonism and suspicion.