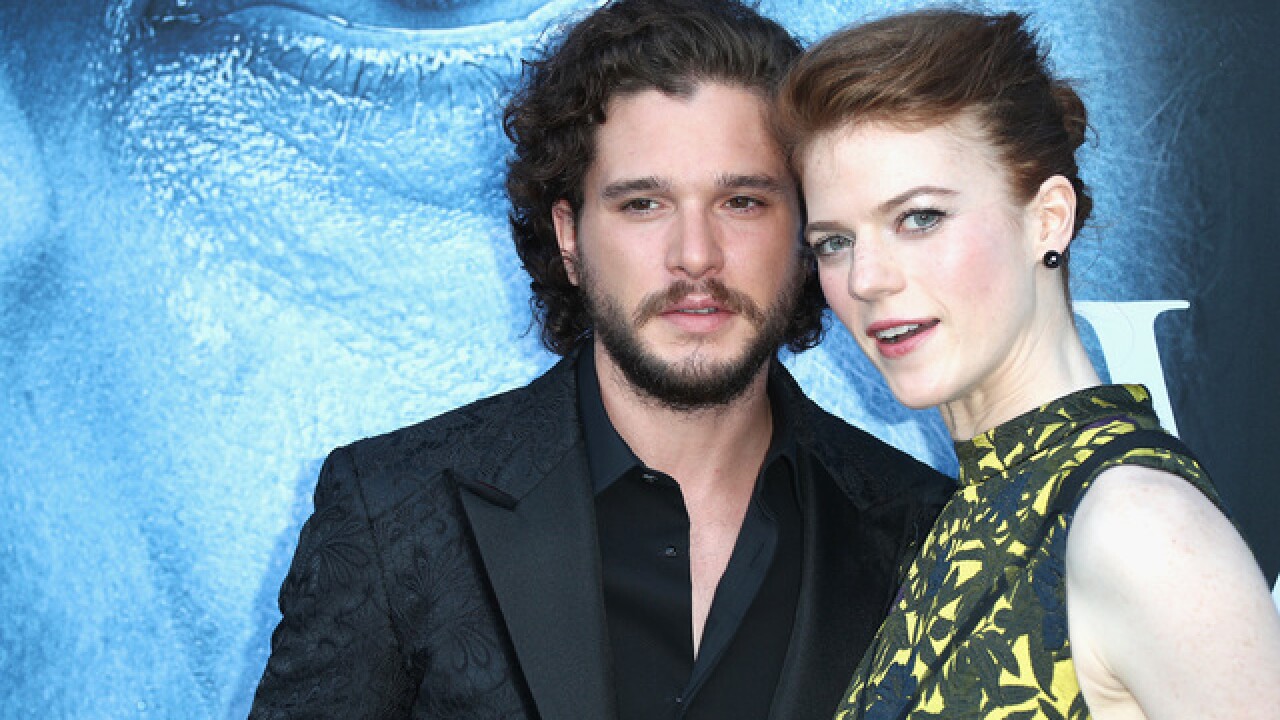 Is a winter wedding coming?

"Game of Thrones" actors Kit Harington and Rose Leslie announced their engagement Wednesday in The Times of London newspaper.

The notice in the births, deaths and marriages section reads, "The engagement is announced between Kit, younger son of David and Deborah Harington of Worcestershire, and Rose, middle daughter of Sebastian and Candy Leslie of Aberdeenshire."

Harington plays Jon Snow on the hit HBO series, and Leslie portrayed Ygritte before her character was killed off in the fourth season. (Time Warner is the parent company of both HBO and CNN.)

Unlike Jon Snow, Harington clearly knows something as he is marrying the woman who played his love interest on his show.

The actors, who are both 30, have been pretty private about their relationship.

They reportedly met on the show, and fans first started buzzing about them in 2012 when they were spotted out on a dinner date.

More than a year later Harington denied a romance in an interview with the Evening Standard.

"All (rumor) and myth," he said. "Me and Rose are very, very close and very good friends. And continue to be, actually. She's wonderful. But no, no love affair."

The couple went public with their relationship in 2016 when they hit the red carpet together at the Olivier Awards in London.

In June, Harington appeared on "The Late Late Show With James Corden" and said he had moved in with his "other best friend, Rose."

"So, I'm very, very happy and it's going well," he said. "She has all sorts of ideas for the house."

Nicole Kidman was also a guest on the show that night and asked Harington if he and Leslie were going to get married.

"I just think it's kind of nice if you're going to live together, maybe to at least get engaged," Kidman said.

"I've been put on the spot by Nicole Kidman," Harington said. "I mean, it's step by step, step by step."