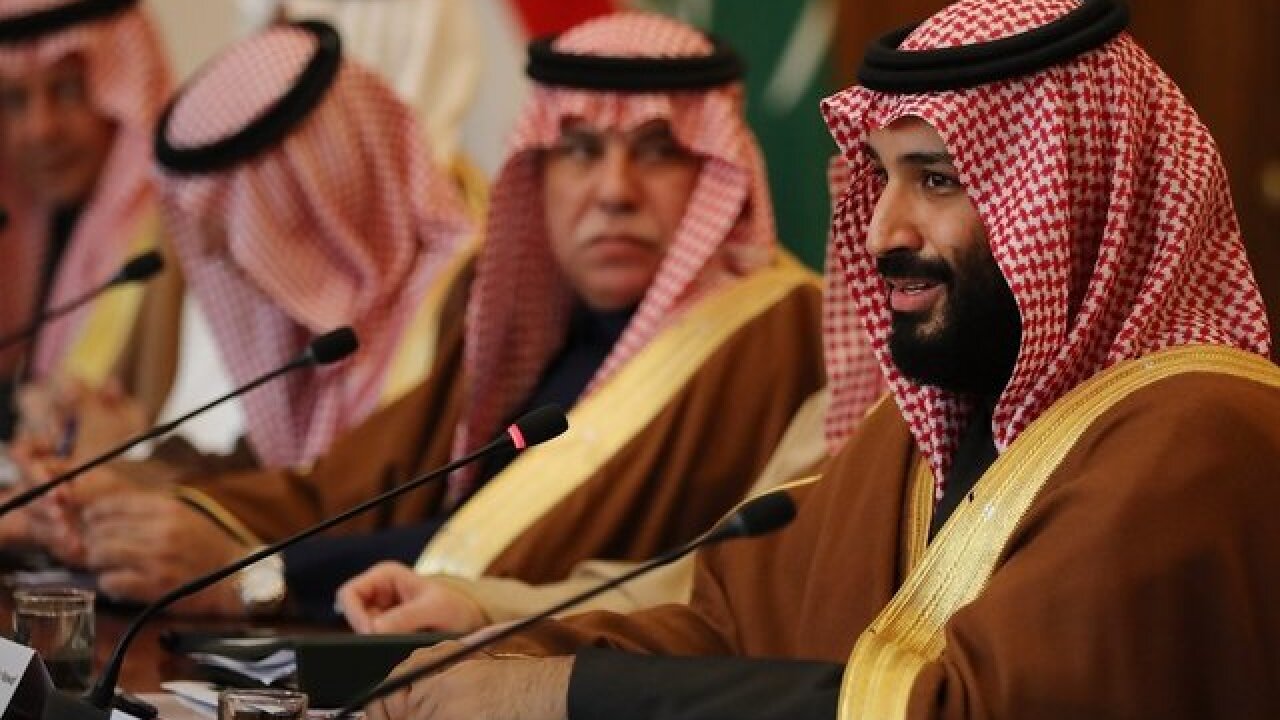 Top senators eager to target Saudi Arabia over the murder of journalist Jamal Khashoggi plan to meet Thursday to try to cut a bipartisan deal curtailing US involvement in the war in Yemen, suspend arms sales with the Saudi kingdom and rebuke the crown prince, Mohammed bin Salman.

The goal of the senators is to reach bipartisan consensus on a deal that could be on the floor as soon as Monday, according to members involved in the effort.

"There's a consensus among a lot of us that we want to suspend arms sales and stop support for the war -- how do you best do that?" said Sen. Lindsey Graham, a South Carolina Republican who is directly involved in the effort.

Asked if he's spoken to the White House about the push, Graham said bluntly: "They know where I'm at."

"It'll have teeth," said Senate Foreign Relations Committee Chairman Bob Corker, a Tennessee Republican, who added that the senators are trying to piece together various proposals into one plan to achieve bipartisan consensus. "We're trying to get everything together so we do something constructive."

The move would amount to a rebuke not just to Saudi Arabia -- but also to Trump, who has downplayed the murder of Khashoggi and cast doubt on the crown prince's role in the murder while also promoting economic ties of the US and Saudi Arabia. Among the ideas: Formally halt arms sales between the kingdom and the US, a top Trump priority, while also limiting the US involvement in the Saudi-led war in Yemen, which the Trump administration supports. Moreover, senators are debating how best to target the crown prince, whether it's through a non-binding resolution blaming him for the murder or seeking to slap him with sanctions.

"Honestly, left to my own accord, I would focus on (bin Salman)," said Corker, who is retiring at the end of his term in January, but added that any deal would also weigh in on the US involvement in Yemen.

Corker also said CIA director Gina Haspel gave the "most precise presentation I've ever heard in 12 years" in the Senate when she briefed senators Tuesday on the Khashoggi murder.

He said that a colleague corrected his comments Tuesday that a jury would convict bin Salman in 30 minutes. It would have been "20 minutes," he said the colleague told him.

Corker said he would be "benevolent" and give Defense Secretary James Mattis and Secretary of State Mike Pompeo the benefit of the doubt for their prior briefing, saying they may be downplaying a link with the crown prince because they haven't seen the same intelligence that the CIA director has.

Without a bipartisan deal, Corker warned that a measure -- drafted by Sens. Bernie Sanders of Vermont, Mike Lee of Utah and Chris Murphy of Connecticut -- to end US support within 30 days for the war in Yemen would pass the Senate as soon as next week.

But with only limited time left in the lame-duck session, GOP leaders are wary about bringing up the measure because it could dominate the floor schedule next week. Because of the unusual process, bringing up the Sanders-Lee-Murphy measure -- without a bipartisan deal to consider amendments -- could open up the floor to a session known as a "vote-a-rama" that could open up the bill to a wide-range of unrelated issues.

"The conundrum is if we get on it without an agreement on amendments then we've got a vote-a-rama," said Senate Majority Whip John Cornyn, a Texas Republican. "And so there's no germaneness requirement, so everything from criminal justice reform to repeal-and-replace Obamacare to Medicare-for-all are all fair game. That's the conundrum."

Cornyn added: "I think we should condemn the murder of Khashoggi in the most emphatic terms but I don't think we should cut our nose off to spite our face with regard to the proxy war in Yemen against Iran."