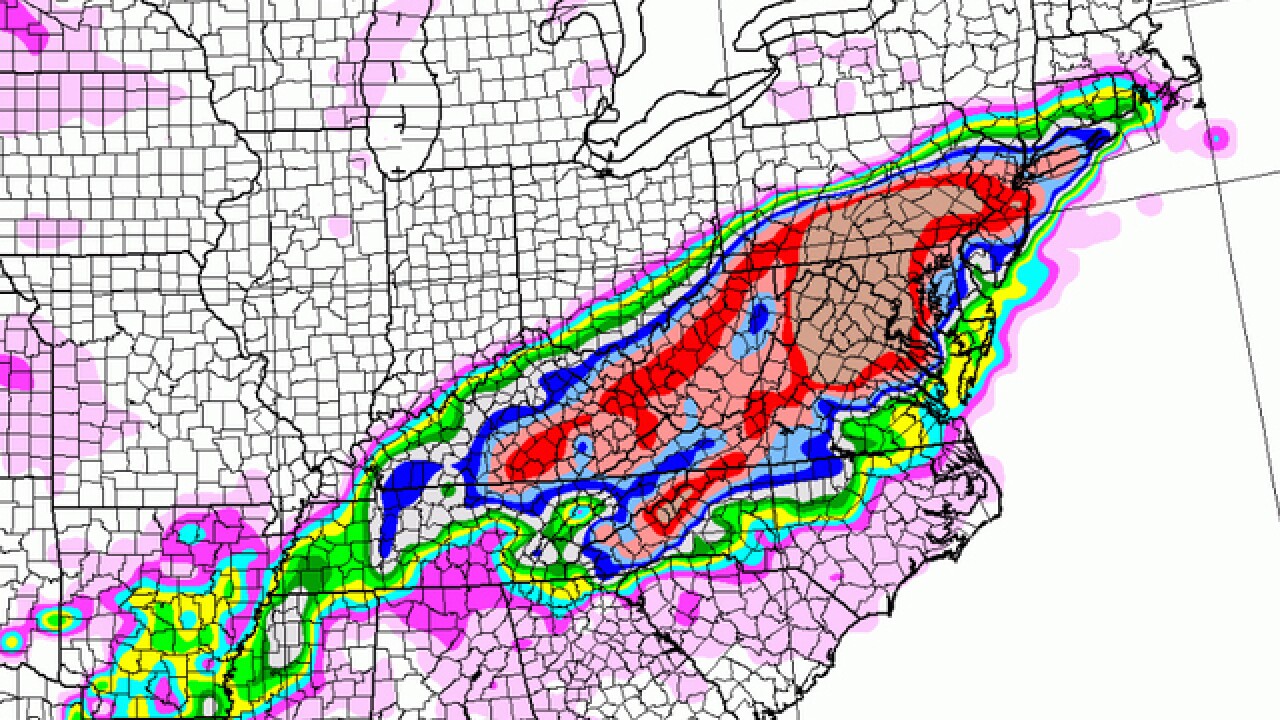 The NHL shifted the starting time of a game in Washington and the Atlantic Coast Conference moved two basketball games involving No. 13 Virginia because of forecasts for heavy snow.

The changes were announced Thursday as a major winter storm approached the area.

The Capitals are now set to begin Friday's game against Anaheim at 5 p.m., rather than 7 p.m. The Caps said they were in contact with the league, the Penguins and local government officials about Sunday's home game verus Pittsburgh scheduled to start at 12:30 p.m.

The ACC said the Syracuse at Virginia game scheduled for noon on Saturday will now be played at 7 p.m. Sunday. The Cavaliers' visit to Wake Forest, originally set for Monday at 9 p.m., was pushed back to Tuesday at 7 p.m.

The Charlottesville, Virginia, area is under a heavy snow warning through Sunday morning, with significant accumulations expected.

An Atlantic Sun Conference women's game in New Jersey between NJIT and North Florida was pushed ahead to Friday night instead of Saturday afternoon.

In Philadelphia, the Saint Joseph's men's basketball game at La Salle will now be played on Sunday instead of Saturday. And in Rhode Island, a women's game between visiting Yale and Brown was switched from Saturday to Friday.

Up to 2 feet of snow is predicted from what the National Weather Service is calling a "potentially crippling winter storm," expected to hit the Mid-Atlantic region starting Friday afternoon and continuing into Sunday.

There was no word as of late Thursday afternoon on the NBA game in Washington scheduled for 6:30 p.m. Saturday between the Utah Jazz and the Wizards.