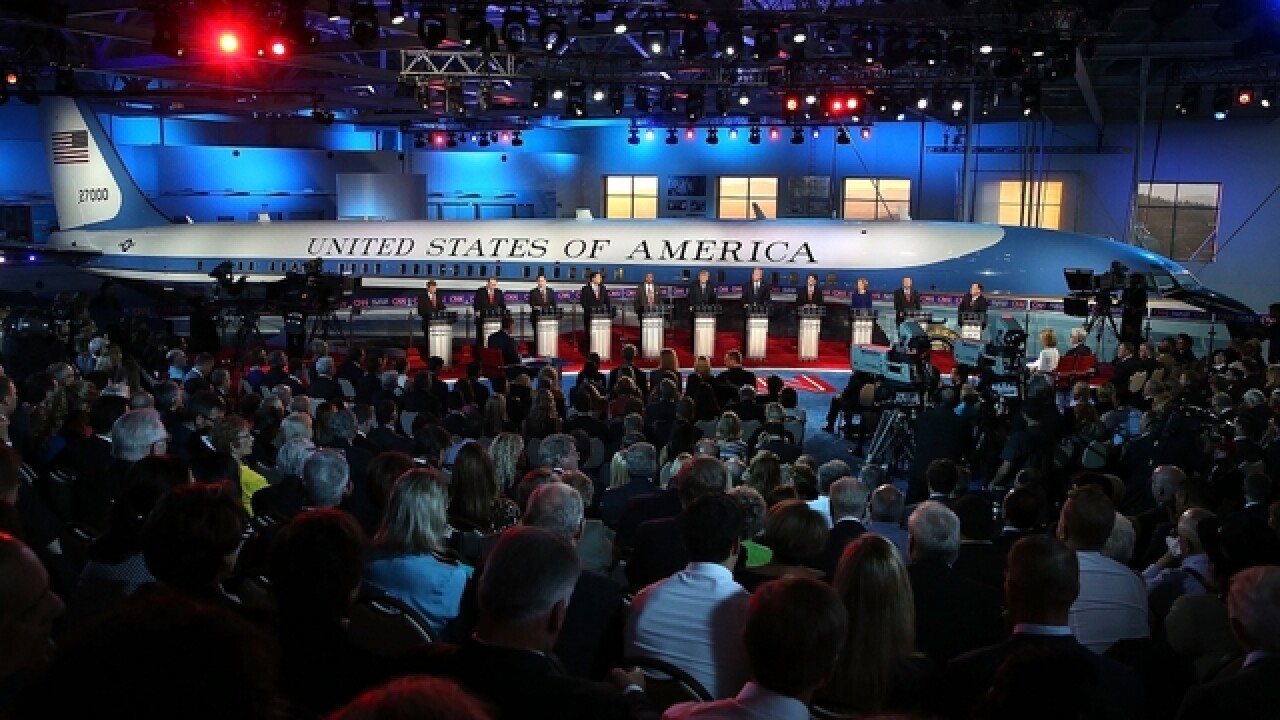 The remaining 13 Republican presidential hopefuls are meeting in Las Vegas Tuesday evening for the fifth televised debate of the 2016 campaign cycle.

Starting at 6:30 p.m. Eastern, four of the lowest performing candidates in recent national polls will take the stage in Las Vegas for the undercard debate. At 8:30 p.m. Eastern, the top nine GOP candidates will square off, led by front-runner Donald Trump, who will stand in the center of the stage.