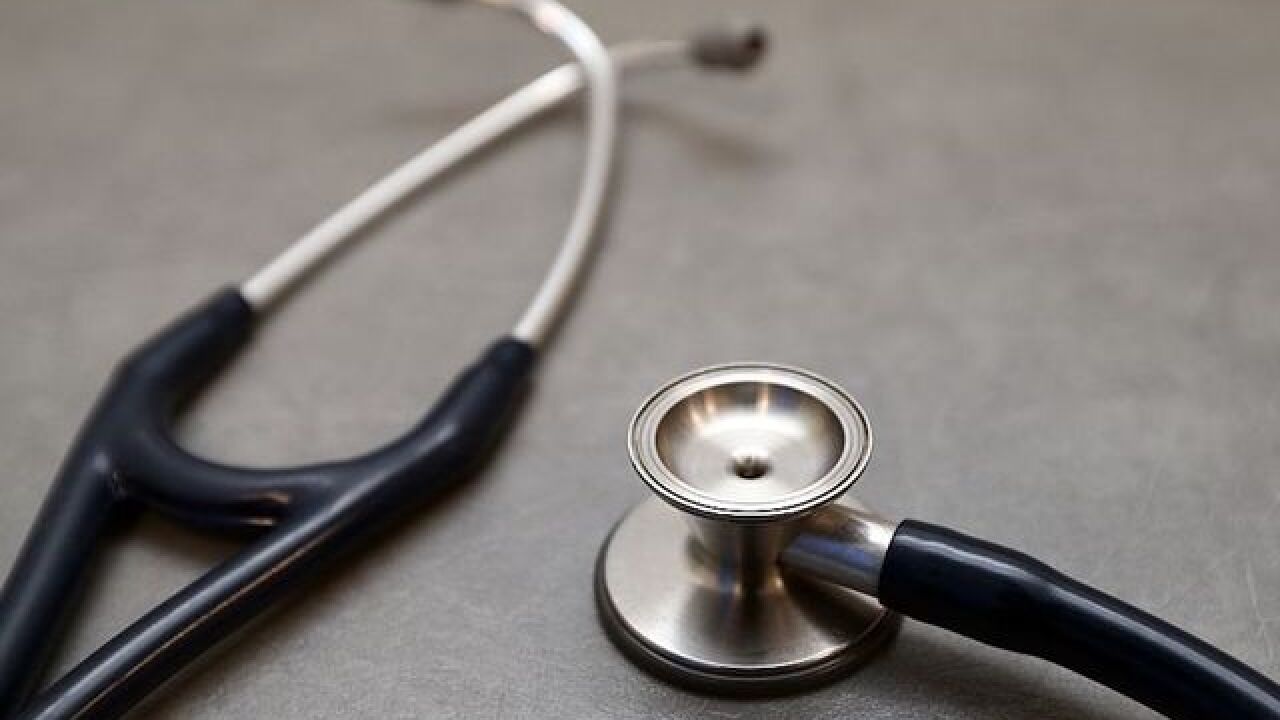 Image copyright 2018 Getty Images. All rights reserved. This material may not be published, broadcast, rewritten, or redistributed.
Carl Court
<p>A stethoscope is pictured in a General Practitioners surgery on December 4, 2014 in London, England. </p>

Death rates from liver cancer increased 43 percent for American adults from 2000 to 2016, according to a report released Tuesday by the US Centers for Disease Control and Prevention's National Center for Health Statistics. The increase comes even as mortality for all cancers combined has declined.

Liver cancer death rates increased for both men and women 25 and older, as well as white, black and Hispanic people. Only Asians and Pacific Islanders saw a decrease in mortality from liver cancer.

More than 70% of liver cancers are caused by underlying liver disease, which has risk factors such as obesity, smoking, excess alcohol consumption, and hepatitis B and C infection, said Dr. Farhad Islami, the scientific director of cancer surveillance research at the American Cancer Society.

Up until 1992, blood transfusions and organ transplants were not screened for hepatitis C, Xu said. According to the CDC, this was once a common means of hepatitis C transmission.

It is often years before a person living with hepatitis C develops liver cancer, which would account for an increase in incidence of the cancer among older individuals who received blood transfusions and organs before 1992. Liver cancer mortality was greatest in those 75 and older, followed by those 65 to 74 and 55 to 64, according to the new report.

The opioid epidemic might also be at fault, said Dr. Manish A. Shah, a medical oncologist at Weill Cornell Medicine and NewYork-Presbyterian. Hepatitis C, spread by sharing needles, drove elevated rates of liver cirrhosis, or scarring due to damage to the liver, in the 1990s and 2000s, Shah said. Cirrhosis increases the risk for liver cancer, although it is not clear why, he added.

"Some of these liver cancer risk factors like obesity, diabetes and excess consumption of alcohol, those things can be prevented," he said.

Throughout the 16 years analyzed, the death rate of liver cancer for men was 2 to 2.5 times higher than it was for women, according to the report.

"There's a longstanding recognition that men have a greater risk of liver cancer than women," said Dr. Scott L. Friedman, dean for therapeutic discovery and chief of the division of liver diseases at the Icahn School of Medicine at Mount Sinai, although the reasons aren't clear.

Shah said that some risk factors for liver cancer, such as drug use and obesity, tend to affect more men than women.

"Once you have liver cancer, whether you're a man or women, your cancer survival rate is the same," Shah said.

White adults had the lowest death rate from liver cancer of any racial group throughout the 16 years analyzed.

While there is no evidence that race influences the biology of cancer, nonwhite individuals are more likely to receive inadequate or unequal access to care, which might account for their overall increased mortality from liver cancer, Friedman said.

The only races whose mortality decreased were Asians and Pacific Islanders. Shah said that might be due to increased vigilance and screening for these races, since the incidence of liver cancer is known to be higher in these populations.

The report also looked at differences in liver cancer mortality among US states.

Washington, D.C., had the highest liver cancer death rate in 2016, while Vermont had the lowest.

Friedman said this could be accounted for by differences among states in preventative screening and in treatment in underlying diseases, such as hepatitis C.

Islami stressed that the cost of hepatitis C treatment can create barriers to access that are exaggerated in states where the medication is not covered by health insurance.

But, he added, the differences in mortality among states are fairly small -- there are 10.8 more people per 100,000 who die from liver cancer in Washington, D.C., than in Vermont.