Looming government shutdown: What you need to know 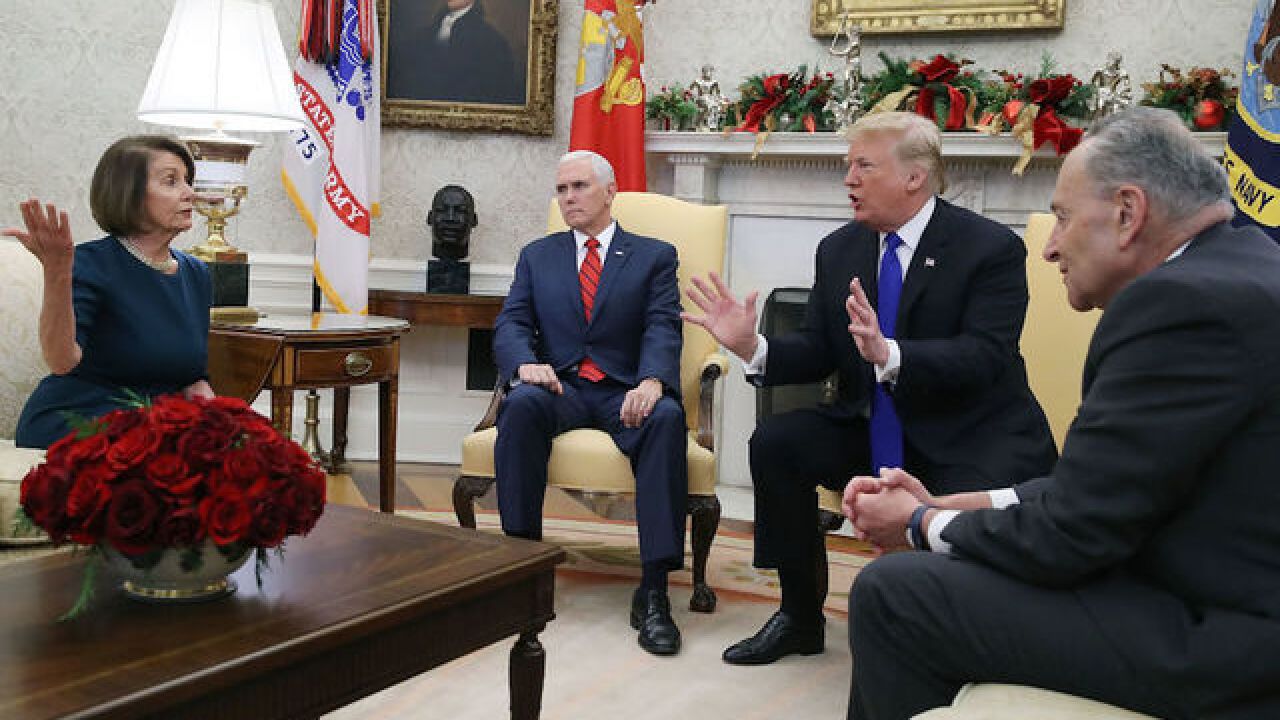 It's been an above-normal day of controversy in Washington D.C. with regard to President Donald Trump and his border wall funding needs.

The President met with the top House and Senate Democrats at the White House to talk about the funding, which, if it continues dividing the government, will lead to a shutdown.

The deadline for the border wall funding to be approved is Dec. 21 — the end of a current funding extension lawmakers passed after the death of former President George H.W. Bush. Here are some things to know about the situation:

• Trump says he will "proudly" shut down the government if Congress doesn't approve his request for $5 billion for the border wall and security, which is designed to keep people in Mexico from crossing into the U.S. illegally
• A bipartisan bill of $1.3 billion was approved by Congress, and the Dems said it will provide fencing as opposed to concrete
• The Democrats feel emboldened when dealing with Trump as they are set to have the House of Representatives majority beginning in January
• Seventy percent of the government is funded through Sept. 2019. That includes the Pentagon, Department of Health and Human Services and more. Other agencies are waiting for the approval of the current spending bill
• It is possible that if the government shutdown happens Dec. 21, it will not reopen until January, as Congress is scheduled to have a break for the holidays
• Democrats still control enough seats in Congress to block Trump's spending bill
• The President believes if the $5 billion funding of the wall were made available, it would save the government billions that gets spent handling illegal border crossings
• A partial government shutdown would also be disruptive as it would affect several government departments.