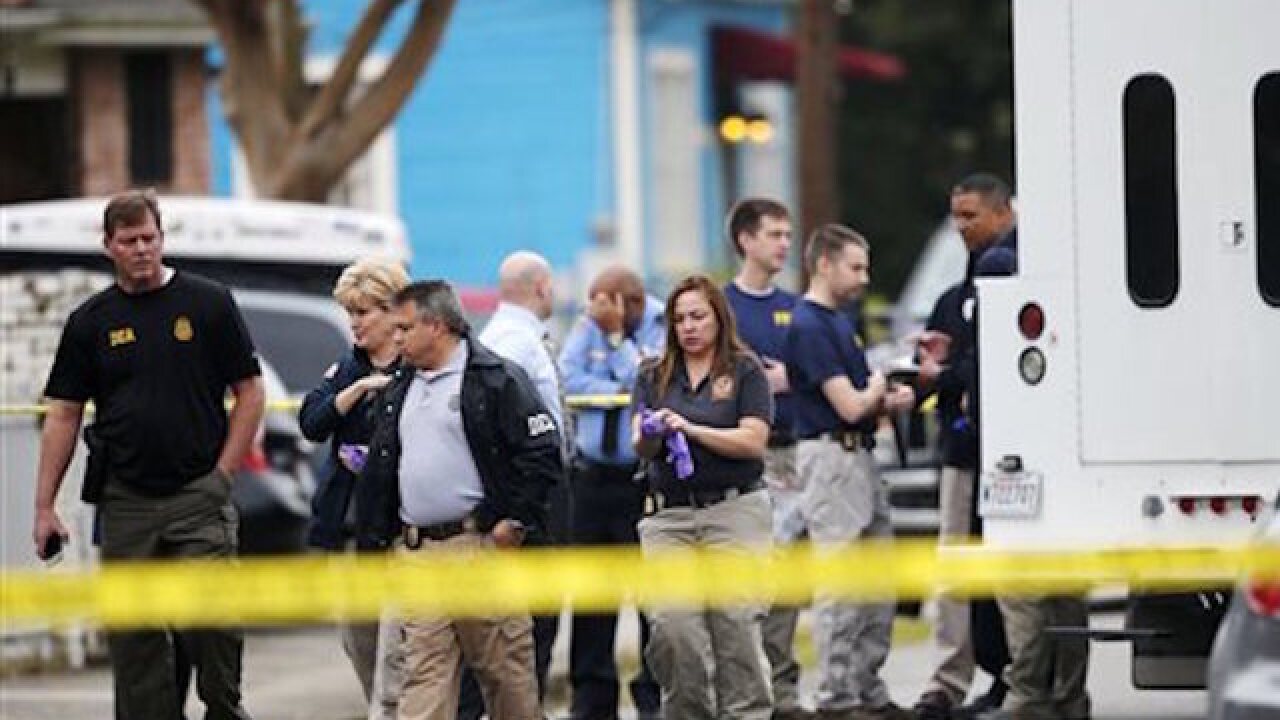 NEW ORLEANS (AP) — A sheriff's deputy working with federal drug agents to serve a warrant at a Lower 9th Ward home was shot five times by a man inside and was in critical condition Tuesday, New Orleans police said.

Police immediately arrested a suspect and said in a statement that he will be charged with attempted first-degree murder and narcotics violations.

The suspect taken into custody was Jarvis Hardy, 26, police said in their statement. Two other men who were inside were being questioned, police spokesman Garry Flot said.

Arnold was working with the Drug Enforcement Administration, officials said. When law enforcement entered the house to serve the warrant, one person inside opened fire shortly after 6 a.m., Deputy Chief Paul M. Noel told reporters at the scene — in an area that abuts the levee protecting the neighborhood from the Mississippi River. The Lower 9th Ward saw some of the city's worst devastation from Hurricane Katrina in 2005.

Eight drug task force teams had gone out to conduct raids Tuesday morning, said Special Agent Debbie Webber, a spokeswoman for the DEA's New Orleans division. Twelve officers from federal and local agencies were involved with the team where the shooting took place, she said.

The raids were part of a seven-month investigation into drugs, heroin and violent offenses that resulted in about 60 arrested, Webber said. The DEA led the drug investigation, but the task force also included the FBI and local law-enforcement agencies, she said.

The street where the shooting happened includes two historic houses with pagoda-like roofs built in the 1900s by a family in the riverboat business. Betty Magee lives one street over. She's been in the area since 2001, with the exception of two years when she left after Hurricane Katrina. She said the neighborhood is quiet and nobody bothers her, but she noted that many new residents have been moving in and renovating houses since Katrina.

"I come and go any time of the day and night," she said.

Albert Greenleaf said he heard about the shooting on the news Tuesday, recognizing the street where his sister lived. He and his wife rushed over to see whether she was ok — and she was.

"It's normally quiet and peaceful," he said of the area, where he also owns a house.