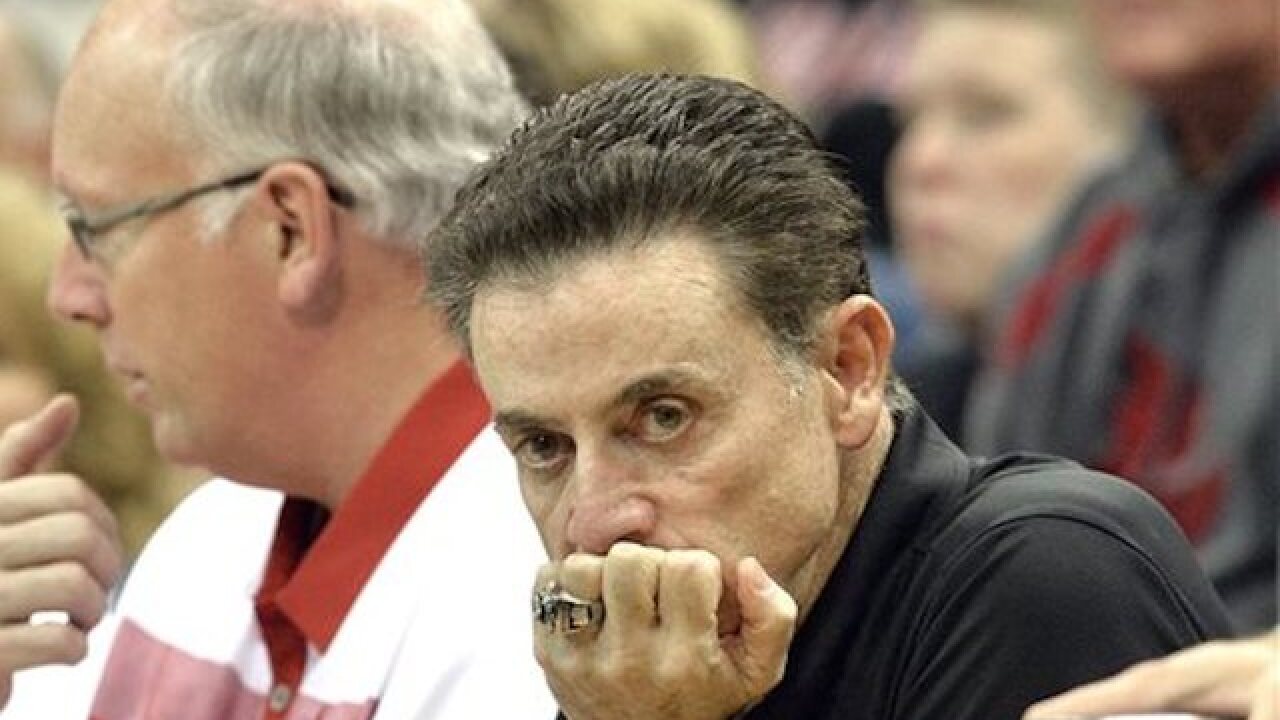 Louisville has announced a postseason ban for its men's basketball team amid ongoing investigations into a sex scandal in which an escort alleged that a former staffer paid her and other dancers to strip and have sex with recruits and players.

University President James Ramsey said Friday at a press conference that an athletic department investigation has revealed that some violations did occur. Ramsey said the ban is for the NCAA Tournament and the Atlantic Coast Conference tournament

The Cardinals (18-4, 7-2 ACC) are currently are ranked No. 19 and scheduled to play Boston College on Saturday. They would have been a lock for a tournament berth if they had not won the league title.