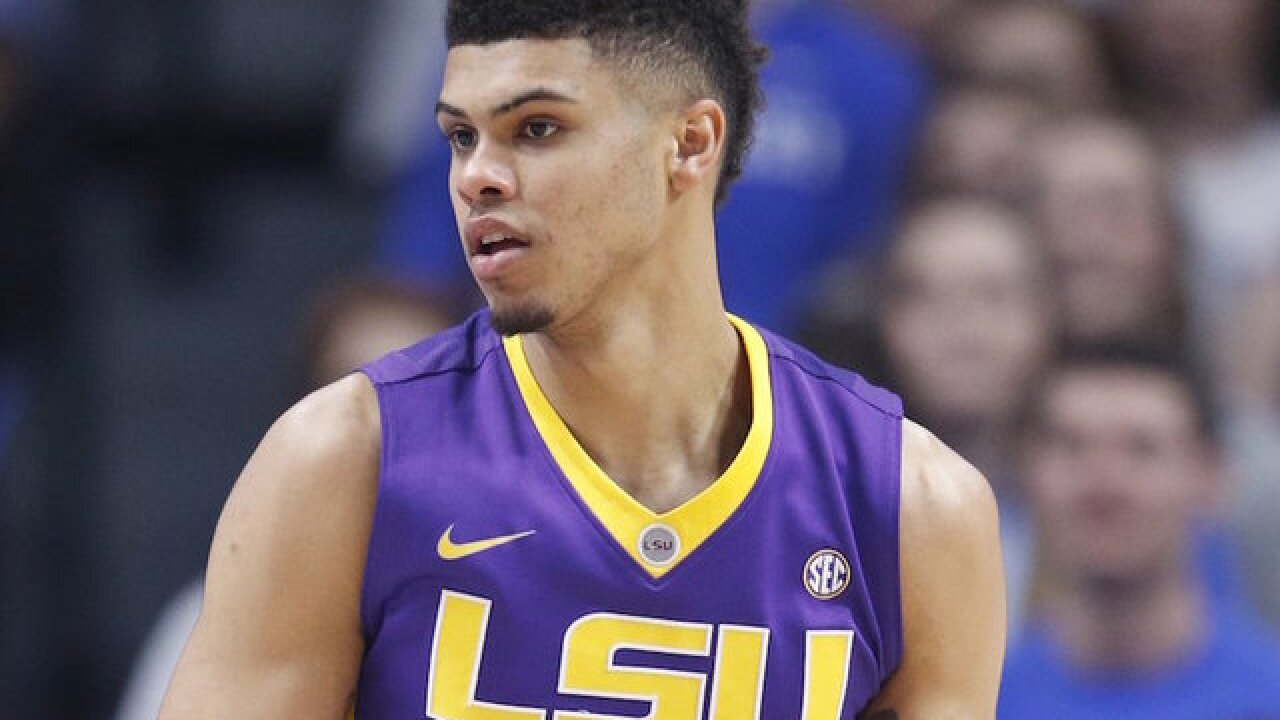 A Louisiana State University basketball player was killed early Friday, according to officials, who released video showing more than a half dozen men fighting at the time of the shooting.

The Baton Rouge Police Department said detectives were investigating the killing of 20-year-old Wayde Sims, who was shot near Southern University and A&M College shortly after midnight. Sims was taken to a hospital with an apparent gunshot wound, and he died there, police said in a news release.

On Friday morning, LSU officials confirmed Sims, who had been a forward on the team, had died.

"Earlier this morning we got the call you never want to get as a head coach," LSU basketball coach Will Wade told reporters at a press conference. Coaches spent part of the morning comforting Sims' parents, Wade said, before breaking the news to his teammates at an early workout.

"Everybody loved him, loved his personality," Wade added. "He was a blast to be around at all times. We are still devastated and shocked."

Police said they want to talk with the individuals shown in the video. They are shown scuffling and throwing punches near some vehicles.

"Detectives are attempting to identify and locate the individual who is seen towards the end of the video on the right side of the screen wearing red pants with a white stripe down the leg and a gray shirt," Baton Rouge police said.

According to his profile on the university's athletics website, Sims had just begun his junior year.

Born in Winter Park, Florida, Sims chose to attend LSU because, he said, "This team made me feel like part of a family."

LSU said counselors and support staff are on hand for Sims' teammates and friends.