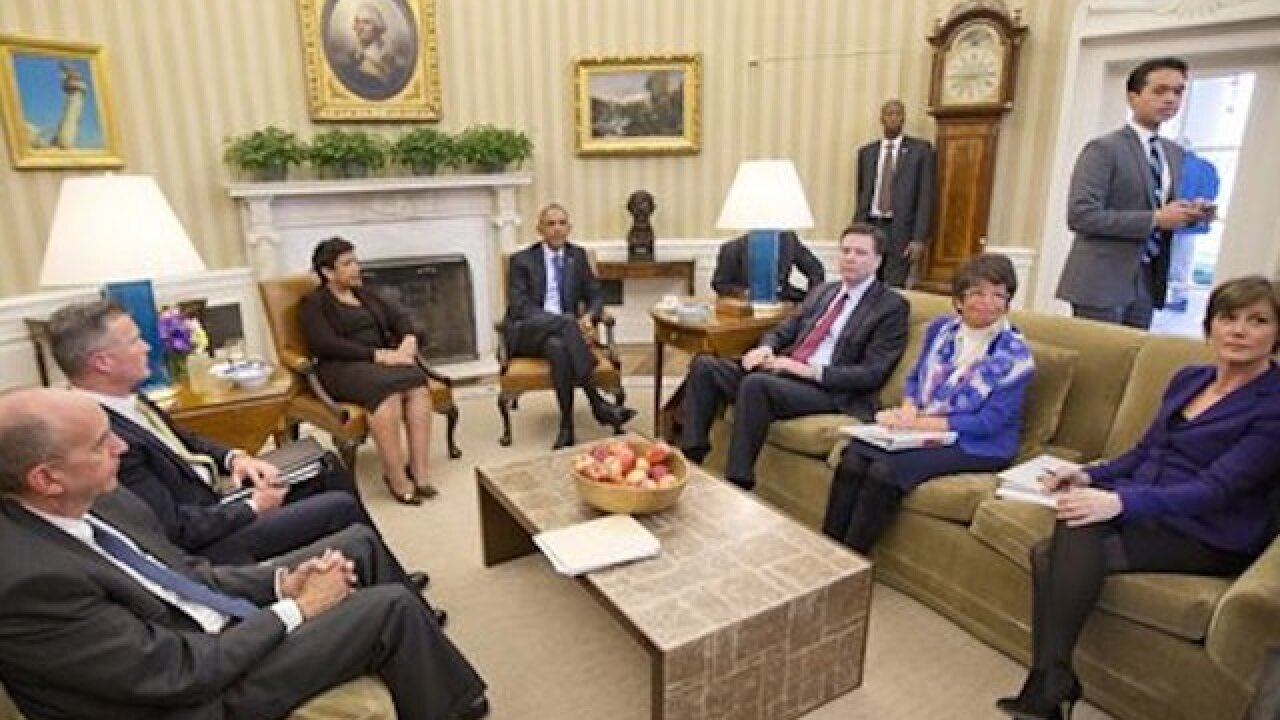 Lynch's justification for the moves was immediately attacked by Republicans, who said the measures Obama announced two weeks ago were the latest example of actions by Obama that infringe on the constitutional right to own guns and has overreached his executive branch powers.

"The department is on notice," Sen. Richard Shelby, R-Ala., chairman of the Senate Appropriations Committee panel that oversees the Justice Department, told Lynch. "This subcommittee will have no part in undermining the Constitution and the rights that it protects."

The partisan gulf over the modest steps taken by Obama underscored that while the GOP-led Congress is all but certain to take no action curbing firearms this election year, the battle over gun rights is one that both parties are happy to wage during the presidential and congressional campaigns.

On the campaign trail, Democratic presidential candidates have backed Obama's moves while GOP contenders have lambasted them as wilting gun rights and abusing his presidential powers.

Shelby, who arranged the hearing, is facing a conservative challenger in his March 1 Senate GOP primary. And House Republicans have said they will create a task force to study "executive overreach" by Obama and other presidents.

"I have complete confidence that the common sense steps announced by the president are lawful," Lynch told the senators. She called the moves "well-reasoned measures, well within existing legal authorities, built on work that's already underway."

Maryland Sen. Barbara Mikulski, top Democrat on the Appropriations Committee, backed Lynch's remarks, saying, "We do need to change our nation's culture of violence. We do need to stop guns from getting into the wrong hands."

Obama's actions include new guidance on who the government will consider "in the business" of selling firearms — a phrase used to describe which dealers must obtain federal licenses and conduct background checks on buyers. Even those selling a few guns online or at gun shows can be required to get licenses and perform background checks, the administration said.

Other steps include hiring 230 more FBI examiners so more background checks can be run; 200 additional agents for the Bureau of Alcohol, Tobacco, Firearms and Explosives; federal research on gun safety technology and a request for $500 million to improve mental health programs.

Lynch said Obama's 2017 budget, to be released in February, will seek $80 million for his gun proposals, largely for the additional FBI and ATF agents.

Gun violence has grown anew as a political issue following last month's mass shooting in San Bernardino, California, in which 14 people were killed. Obama failed to push gun curbs through Congress in the months following the 2012 killings of 20 children and six educators in Newtown, Connecticut, and the GOP-led House and Senate remain opposed to restricting firearms.

As Obama has conceded, Lynch told the senators she has "no illusions that these measures by themselves will end gun violence in America." She said she hoped Congress would work with the administration on the issue — an aspiration that seems unlikely.

Government statistics show that over 30,000 Americans die from firearms wounds yearly, two-thirds of which are suicides.