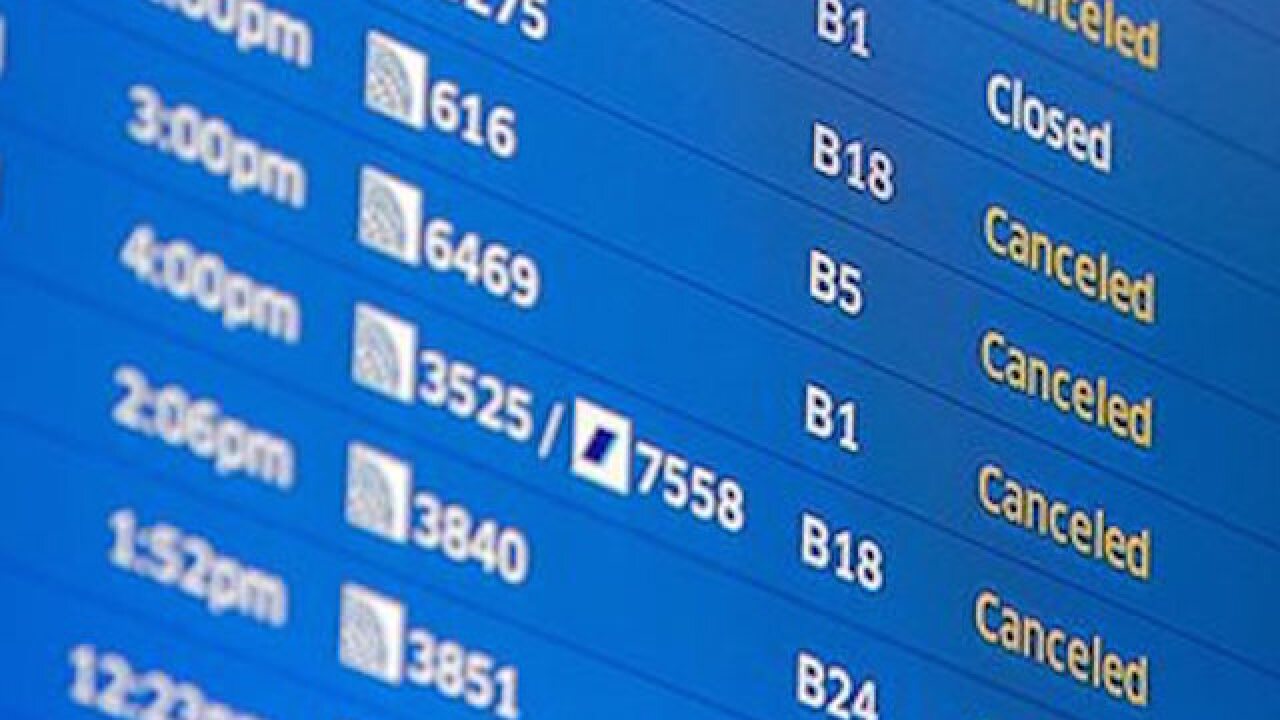 Airports in Washington, New York City and Baltimore were slowly resuming service Sunday, a day after a punishing blizzard brought transportation to a standstill along the East Coast.

More than 11,000 flights were canceled between Friday and Monday as states from New England to North Carolina wrestled with a massive snow dump.

The Port Authority of New York and New Jersey says more than half of flights at John F. Kennedy International Airport have been cancelled, as have about 85 percent of flights at LaGuardia Airport. The airports both got more than two feet of snow.

All told, 3,359 flights scheduled for Sunday and 635 flights for Monday had been canceled, according to FlightAware. With 3,100 flights failing to take off Friday and 4,511 being grounded on Saturday, the total of flights grounded was 11,605 for the four-day period.

United Airlines said via Twitter that it plans to start "very limited operations" at Newark and other New York City metro airports Sunday afternoon. Operations at Dulles International Airport and DC metro airports are suspended through Sunday "and plan to gradually resume Monday," the airline tweeted.

The storm, which brought an entire season's worth of snowfall to the city over two days, prompted cancellation of all flights into and out of Philadelphia on Saturday.

All major airlines issued waivers for travel over the weekend, allowing passengers to rebook onto earlier or later flights to avoid the storms.

Passengers looking to cancel trips should wait until the airline officially calls off the flight. Airlines have been much more proactive in recent years about canceling flights, often doing so up to a day in advance. More travelers are affected, but they aren't stuck waiting in airports. It also lets airlines restart the system quicker because they have planes and crews in place.