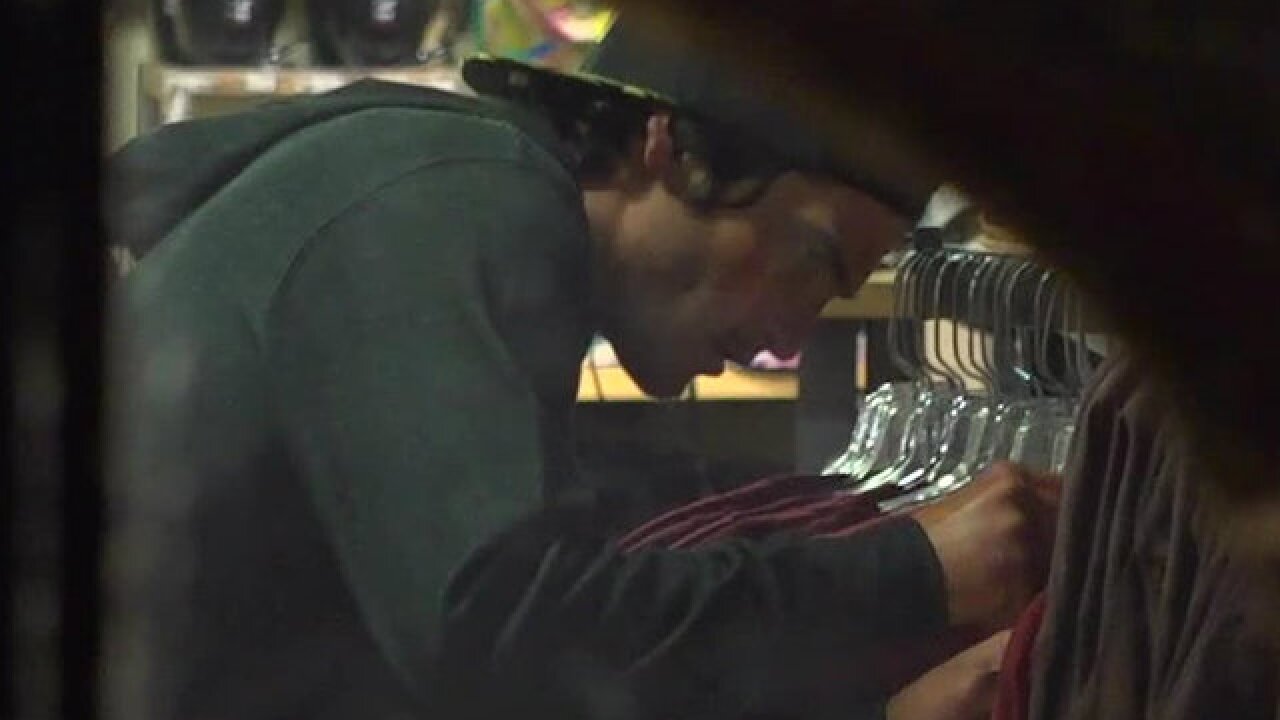 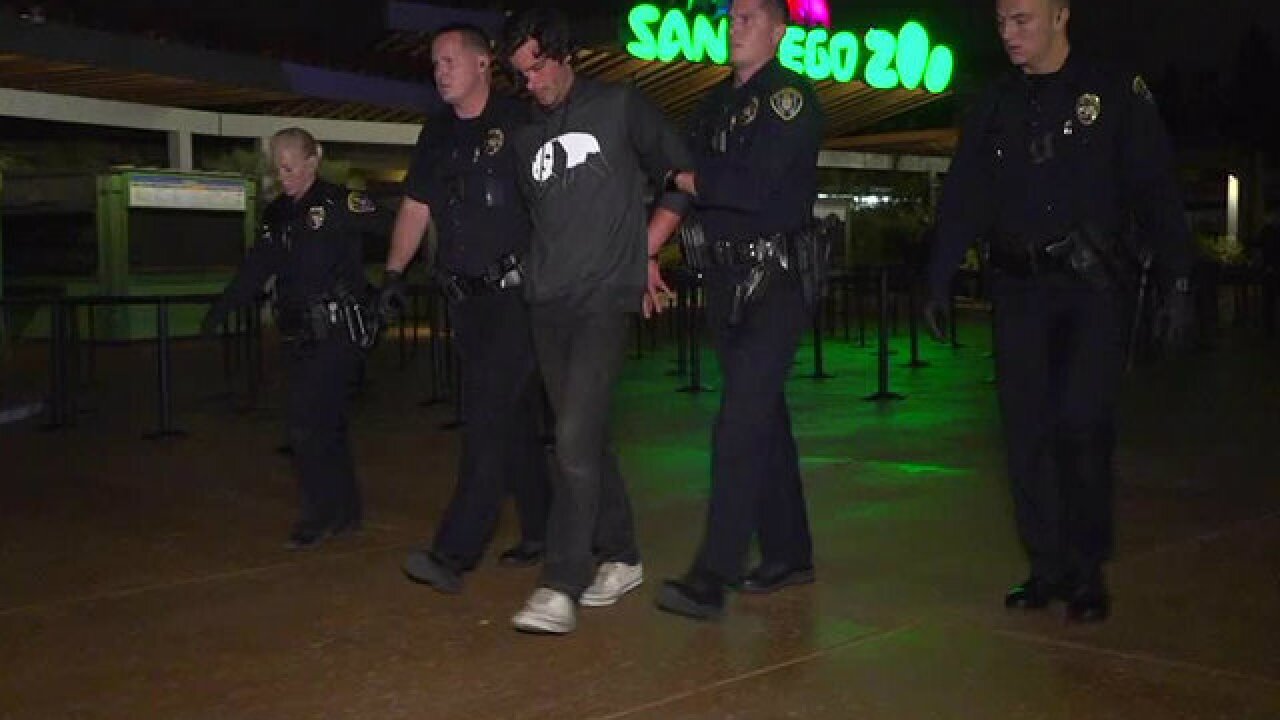 SAN DIEGO - A man who broke into a gift shop at the San Diego Zoo in California and was caught on camera trying on merchandise was arrested early Tuesday morning.

San Diego police officers responded to a break-in at one of the Zoo’s gift stores shortly after 1 a.m. Police believe the man jumped a fence to enter the property and accessed the store through its roof.

Officers and the 10News Breaking News Tracker arrived to find the man inside “shopping,” putting on a panda sweatshirt and trying on several hats, each time checking himself out in the mirror.

Moments later, officers entered the store and confronted the man, but he refused to comply with their orders to surrender and hid behind racks of clothing.

The man was eventually subdued after being struck by a rubber bullet and taken into custody -- while still wearing his new panda sweatshirt.

10News learned the man was arrested on suspicion of burglary, but no other details were immediately provided.