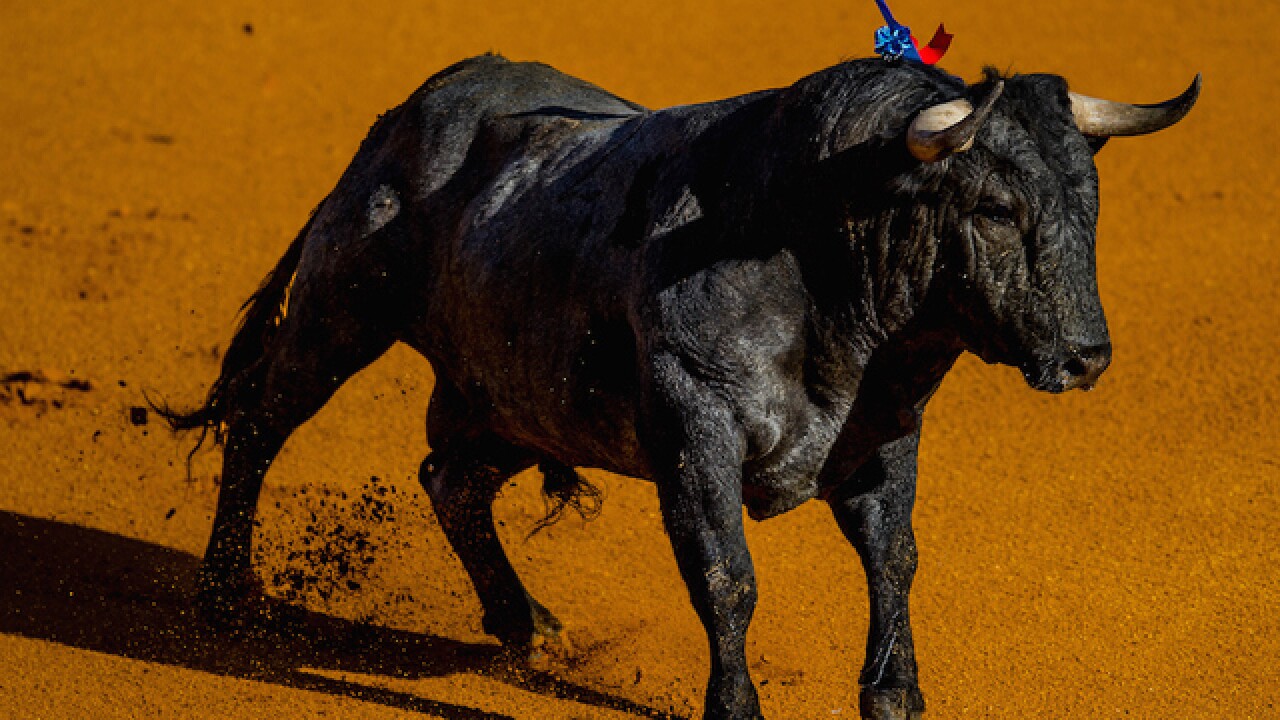 David Ramos
<p>A Vitorino Martin ranch fighting bull runs on the arena during a bullfight at La Maestranza bullring on the second day of the Feria de Abril (April's Fair) on April 13, 2016 in Seville, Spain.</p>

MADRID (AP) — Spanish police say a man has died after being repeatedly gored by a buffalo in a safari park in eastern Spain.

A Civil Guard spokesman said the man, a contracted maintenance worker, died Wednesday after being gored several times by the animal at the Aitana Safari park near the town of Penaguila. He died at the scene.

The officer said police were still investigating how the attack happened but it appeared the man was working on a fence in the park and may have left the park's secure-zone area. The officer spoke on condition of anonymity in keeping with police regulations.