Marco Rubio may not be done with the Senate just yet 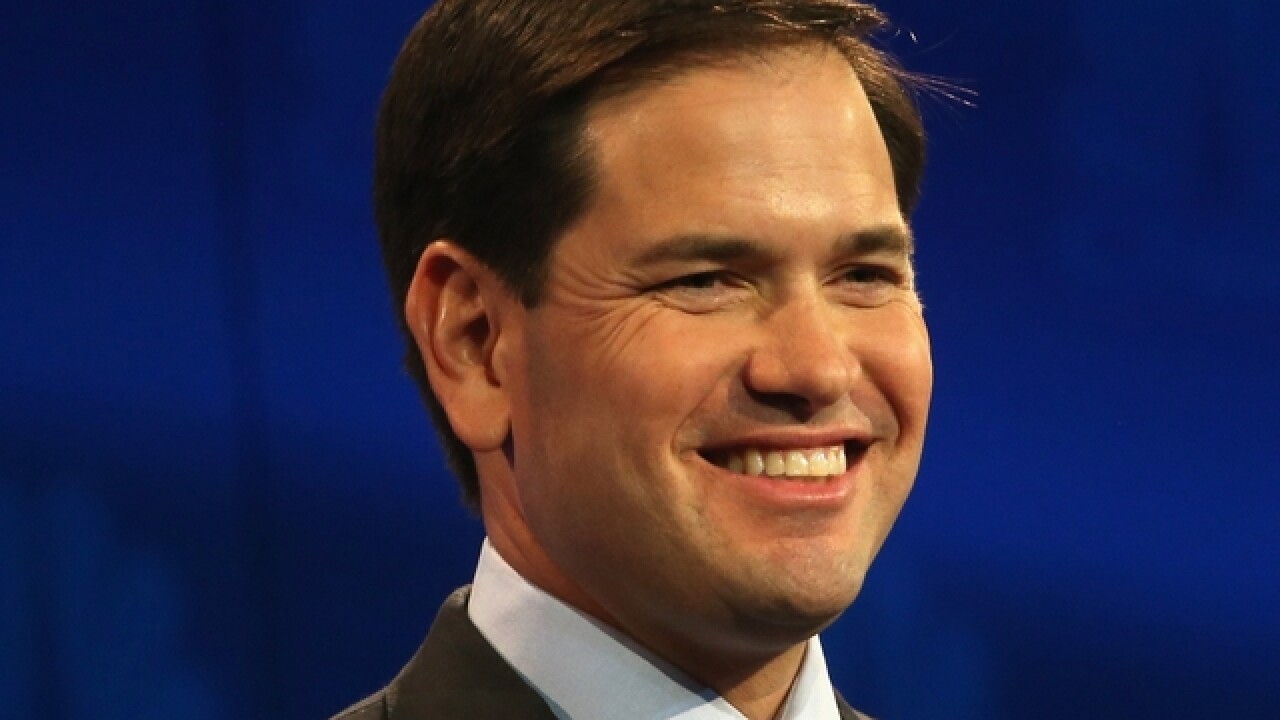 WASHINGTON (AP) — Sen. Marco Rubio confirmed Wednesday that he may reconsider his plans to leave the Senate at the end of this year and run for re-election instead.

Rubio told reporters that he will let everyone know about any change of status next week after spending some time with his family. The filing deadline for the Florida Senate race is June 24 — a week from Friday.

Rubio has been under huge pressure from GOP leaders to run for re-election. They believe he has the best shot of keeping his Florida seat in GOP hands. The race is critical in a year when Democrats hope to retake control of the Senate.

Since exiting the GOP presidential race Rubio, who has four young kids and is not independently wealthy, had been expected to enter the private sector and run again for president in 2020.

"Obviously, I take very seriously everything that's going on, not just Orlando, but in our country. I've enjoyed my service here a lot," Rubio said. "So I'll go home later this week, and I'll have some time with my family, and then if there's been a change in our status I'll be sure to let everyone know."

Rubio made his comments after Politico published an interview with Florida's lieutenant governor, Carlos Lopez-Cantera, a close friend of Rubio's who is one of several candidates already in the Senate race. Lopez-Cantera revealed that he had encouraged Rubio over the weekend to reconsider his retirement plans, a report Rubio confirmed.

In the past, including while running for president, Rubio had made little secret of his disdain for the Senate, its slow pace and general dysfunction. He began missing numerous Senate votes, which he justified by suggesting he was doing something more important. But recently he's revised his views on the Senate, disputing suggestions that he hated it, and instead insisting he found the work important.

Members of both parties are closely watching Rubio's decision. It is hugely expensive to run a Senate race in Florida, and Republicans are concerned about the existing field of little-known members of Congress and others. These candidates are eyeing Rubio as they weigh their own futures. One of them, Rep. David Jolly, told reporters Wednesday that he would announce his plans Friday, and might leave politics or run for a different House seat rather than pursue the Senate race.