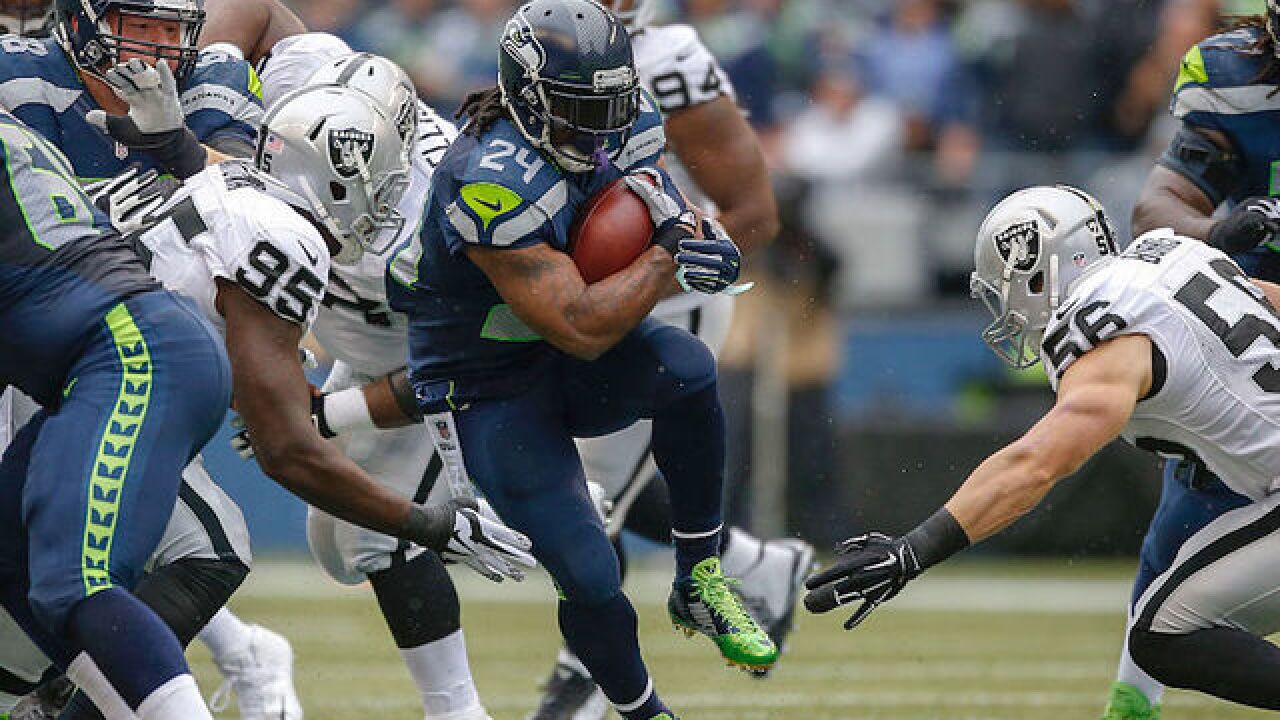 Five-time Pro Bowl NFL running back Marshawn Lynch sat on a water cooler before Saturday's preseason contest between Oakland and Arizona, according to multiple reports.

Lynch is attempting a comeback into the NFL after retiring at the end of the 2015 season. Lynch has been one of the league's most decorated running backs in the last decade, earning a spot in the Pro Bowl five times, and winning a Super Bowl in 2014.

Lynch sat out during a contentious 2016 NFL season, which saw a number of players taking a knee during the National Anthem. But unlike those demonstrations, many consider what Lynch did on Saturday as not a protest.

According to NFL Network's Michael Robinson, Lynch has routinely sat down during the National Anthem. That sentiment was echoed by Oakland Raiders head coach Jack Del Rio after last night's exhibition game.

"On Marshawn, talked to Marshawn trying to make sure we're on the same page," Del Rio said, according to the NFL Network. "He said, 'This is something I've done for 11 years. It's not a form of anything other than me being myself.' I said, 'So you understand how I feel, I very strongly believe in standing for the national anthem. But I'm going to respect you as a man, you do your thing. We'll do ours.' It's a non-issue for me."

Lynch said on an appearance on "Conan" in 2016 that he was supportive of protests led by then 49ers quarterback Colin Kaepernick to sit during the National Anthem to bring light perceived injustices in the United States. Kaepernick, who has not signed with any teams since his contract ended last season with the 49ers, has said he would stand during the National Anthem in 2017, but as of now, is not on any team's roster.