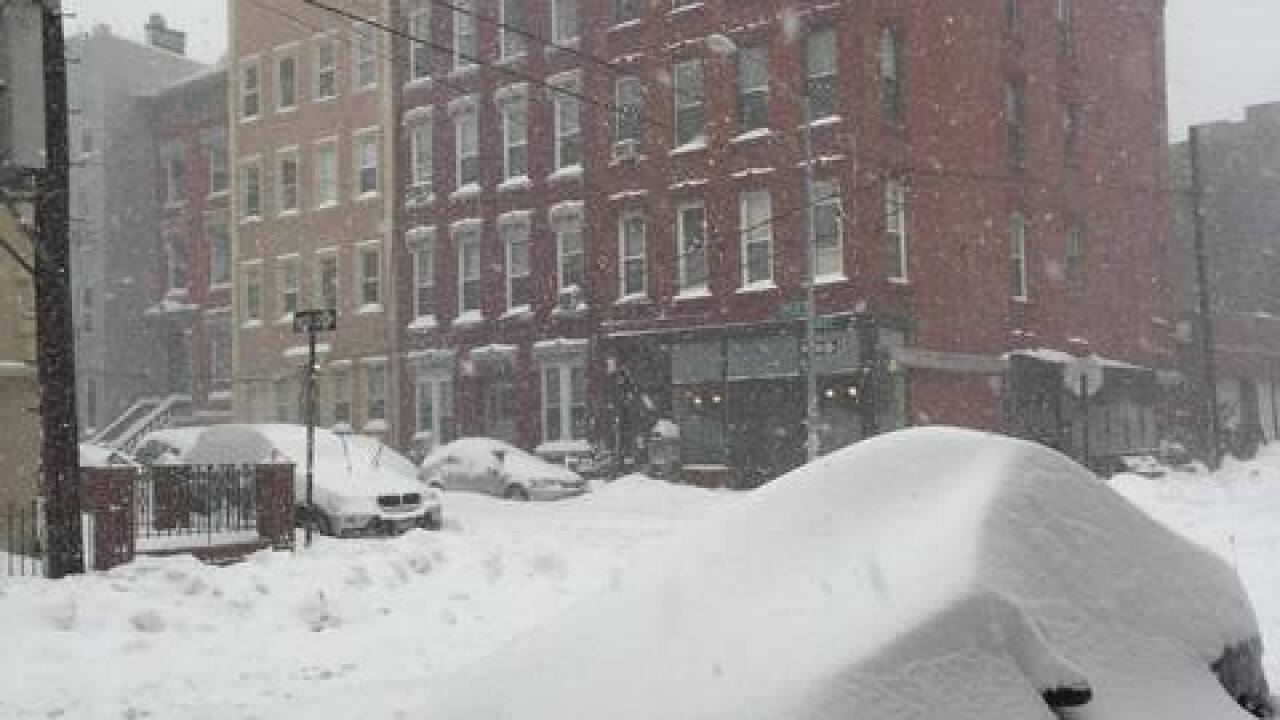 NEW YORK (AP) — Bitter temperatures and biting winds had much of the northeastern United States bundling up for the some of the worst cold of the winter — a snap so bad it forced an ice festival in Central Park to cancel.

"These temperatures can be life threatening — especially for seniors, infants and people with medical conditions," de Blasio said. Stay indoors and take care of each other, he counseled.

The bone-chilling cold canceled horse racing at New York's Aqueduct Racetrack as well as the Central Park Ice Festival, which was to feature ice-carving artists and music. Organizers called the ice festival off just a few weeks after Winter Jam, Central Park's free winter sports day, had to be canceled due to a major snowstorm.

A wind chill advisory was in effect for New York City beginning Saturday afternoon and continuing to noon Sunday. With the actual temperatures falling as low as 4 degrees below, the weather service says the city could see wind chills of minus-18 to minus-24. Wind gusts may reach 45 mph.

Even with the freezing temperatures, tourists cloaked in heavy layers wandered over the Brooklyn Bridge to Manhattan, snapping photos. Deliverymen cycled through the windy streets, their hands covered with plastic bags, and garage employees changed tires.

City department of homeless services officials are on the streets responding to reports of people in need of shelter. Friday night, 62 people were brought into shelters and 207 people came to hospitals to get out of the cold.

The cold snap was bringing cold temperatures to cities along the East, but Northern New England wasn't going to set any records, meteorologists said. The record for cold in Concord, New Hampshire, on Valentine's Day is minus-28 degrees, and the forecast is for a low of minus-10, said meteorologist Bob Marine.

Portland, Maine, got below zero degrees for the first time on Friday night, a "very unusual" late arrival for such a deep dip, Marine said.

People have been spoiled by unseasonably higher temperatures "and now they have to deal with reality," Marine said.

Subzero temperatures were also expected in the Boston area, with wind chills that could make it feel 35 below in some places. Winds could gust up to 45 mph inland and 50 mph on Cape Cod.

Meanwhile, in the West, heat records have fallen across in recent days, from Oregon to Phoenix to Los Angeles, where surfers hit the beaches and golfers strolled fairways. Much of California marked its 10th straight day on Friday without measurable precipitation and temperatures reached 95 degrees. The blue skies were increasingly unwelcome in a state that just logged its four driest years on record.