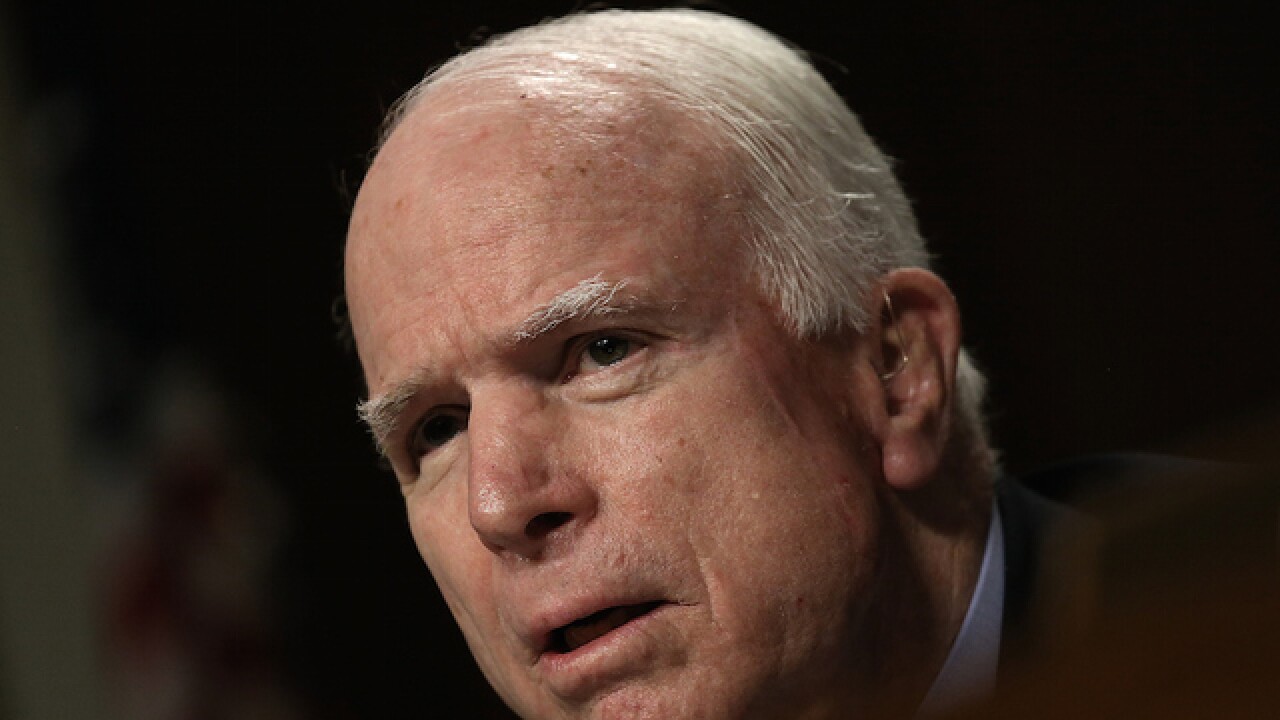 WASHINGTON (AP) — Arizona Sen. John McCain said questions surrounding Ted Cruz's right to run for president since he was born in Canada should be explored, even as some argue that Cruz is still considered a natural born citizen.

Speaking on the Chris Merrill Show in Phoenix late Wednesday, McCain said concerns raised by Republican front-runner Donald Trump over whether Cruz can be president are legitimate.

"I think there is a question," McCain said. "I am not a constitutional scholar on that. But I think it's worth looking into. I don't think it's illegitimate to look into it."

Cruz was born in Alberta, Canada to an American mother and Cuban father. He renounced his Canadian citizenship in 2014.

McCain himself was born on a military base in the Panama Canal, an issue raised during his 2008 presidential run against Barack Obama, whose American birth was doubted by some, leading to failed legal challenges.

"That's different from being born on foreign soil," McCain said, highlighting that the Panama Canal was an unorganized territory of the United States for much of the 20th century.

Cruz dismissed the claims Wednesday, before McCain made his comments. On a campaign stop in Iowa, Cruz said it is "quite straightforward and settled law that the child of a U.S. citizen born abroad is a natural born citizen," he said.

"John McCain was born in Panama, but he was a natural born citizen because his parents were U.S. citizens," Cruz added.

Both men used the example of Barry Goldwater, the Republican party's nominee for president in 1964, as an example to defend their claims. Goldwater was born in Arizona before it became a state, but both of his parents held U.S. citizenship, allowing him to run.