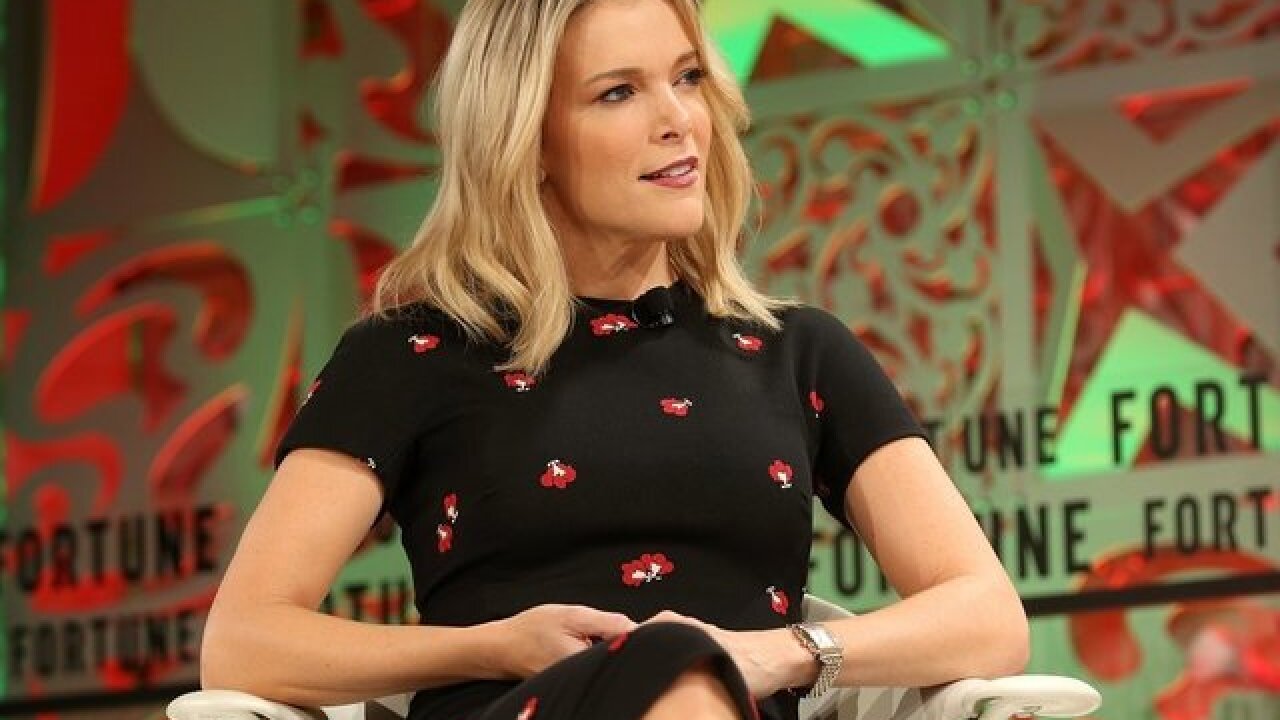 Kelly's 9 a.m. show was canceled last week, but her contract goes through 2020. So now there's a protracted negotiation taking place -- and in an unusual move, Kelly's lawyer Bryan Freedman is talking about it publicly.

On Wednesday, Freedman upped the ante with another statement.

"Despite my efforts to handle this process confidentially, NBC News is allowing the media to run with completely false and irresponsible reports that disparage Megyn by erroneously claiming she has ever asked for more money than her contract requires," Freedman said. "If NBC News is not the source then they have a responsibility as a news division to correct these false claims. Or are they somehow attempting to use these fabrications for some fictitious advantage in the discussions we're having?"

Freedman also called out NBCUniversal CEO Steve Burke: "If Andy Lack has lost control, my hope would be that Steve Burke can step in and not permit blatant lies about our discussions to remain uncorrected."

NBC fired back with its own statement a few minutes later saying, "Unlike Mr. Freedman, who has repeatedly commented to the media throughout the negotiations, we respect the confidentiality of the process, and will have no comment until it reaches its conclusion."

In recent days, several stories from outlets like The Hollywood Reporter and Deadline have said that Kelly and NBC are at odds regarding the amount of money she'll be paid on the way out the door, and regarding the terms of her exit agreement.

Sources confirmed to CNN that one of the sticking points involves something called a non-disparagement clause, which would prohibit Kelly from speaking ill of NBC in the future.

A non-disparagement clause is often a part of a broader non-disclosure agreement, or NDA for short.

These types of agreements are common when millions of dollars are on the line. Ann Curry recently confirmed that she signed an NDA when she was forced out of the "Today" show in 2012.

Kelly is different because she has repeatedly challenged NBC News management in public, and has hinted that she knows more than she's shared about various NBC controversies.

Those cases include the Matt Lauer scandal -- when the host was fired amid misconduct allegations -- and the circumstances surrounding Ronan Farrow's departure from NBC when Farrow was investigating Harvey Weinstein.

Kelly's insider knowledge may have given her some leverage in the negotiations. She is reluctant to sign a one-sided NDA, a source said, because she is concerned that would leave her vulnerable to disparagement by NBC executives.

But Freedman spoke out earlier when the Daily Mail, citing a source, claimed that Kelly wants an extra $10 million bonus, perhaps in exchange for her silence.

Freedman fired back: "Out of respect for the discussions, I am not going to share more details but any suggestion that Megyn is asking or looking for more than her contract is untrue."

Freedman said this bonus idea was "clearly planted by NBC News to continue its mission to harm Megyn and gain some sort of leverage. It won't work. Andy Lack needs to stop."

In response, Page Six quoted an NBC "insider" saying, "These are desperate attempts to distract from the main issue: Her offensive comments on live TV about blackface."

Most of the drama is happening off the air, but NBC News has openly covered the Kelly controversy with multiple segments on television. And Kelly has become a late-night punchline.

Meyers: "So Amber, what are you dressing as for Halloween?"