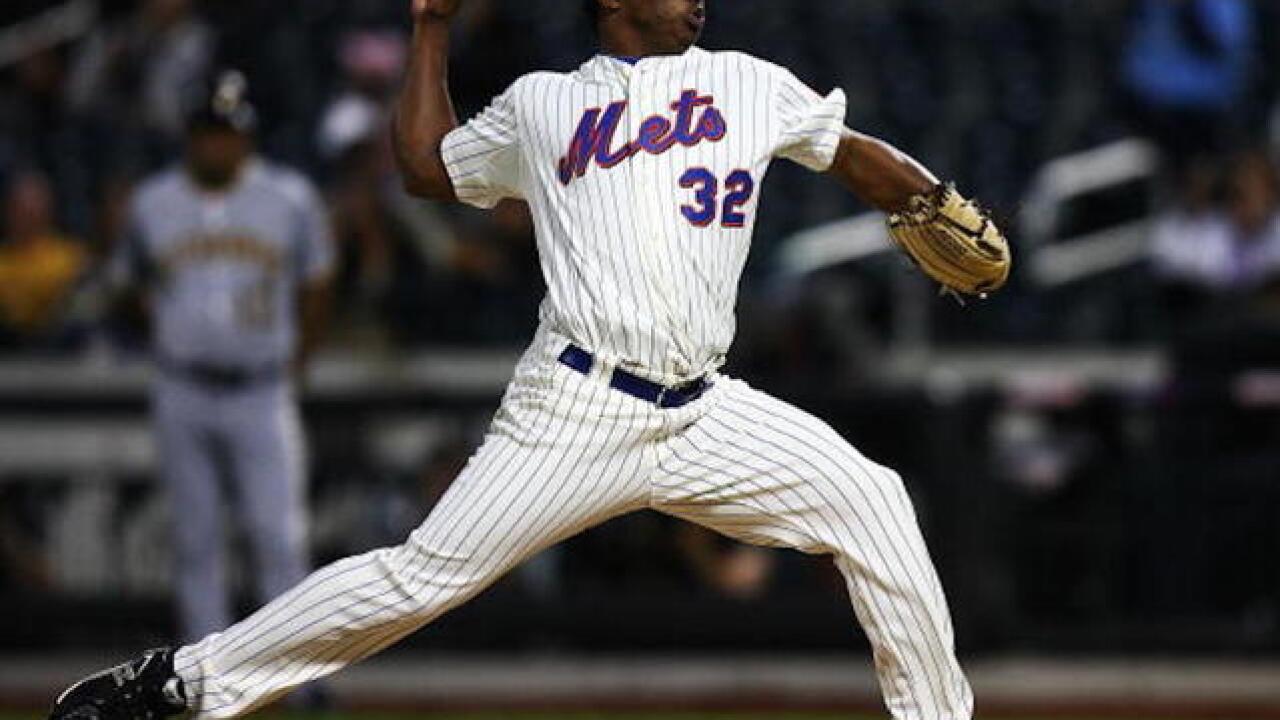 Andrew Burton
<p>NEW YORK - SEPTEMBER 15: Jenrry Mejia #32 of the New York Mets pitches against the Pittsburgh Pirates on September 15, 2010 at Citi Field in the Flushing neighborhood of the Queens borough of New York City. (Photo by Andrew Burton/Getty Images)</p>

MLB instituted a three strikes and you’re out policy in 2013, as three positive tests by a player would lead to a permanent suspension by baseball. Mejia had two prior violations of the league’s banned substance violation before MLB announced Friday that Mejia had tested positive with Boldenone.

Boldenone is an anabolic steroid that has not been approved for human medical use.

Despite two failed tests, the Mets resigned Mejia to a two-year contract in January. Mejia was slated to come off the suspension in July.

Mejia can ask for reinstatement from MLB commissioner Rob Manfred after one year. If Mejia is granted reinstatement, he must serve at least a two-year suspension for the violation.

Mejia’s suspension will be honored by leagues in Korea, Japan and Mexico, but Mejia could still play for independent leagues, such as the Atlantic League; a league Roger Clemens appeared in years after he stepped away from MLB.