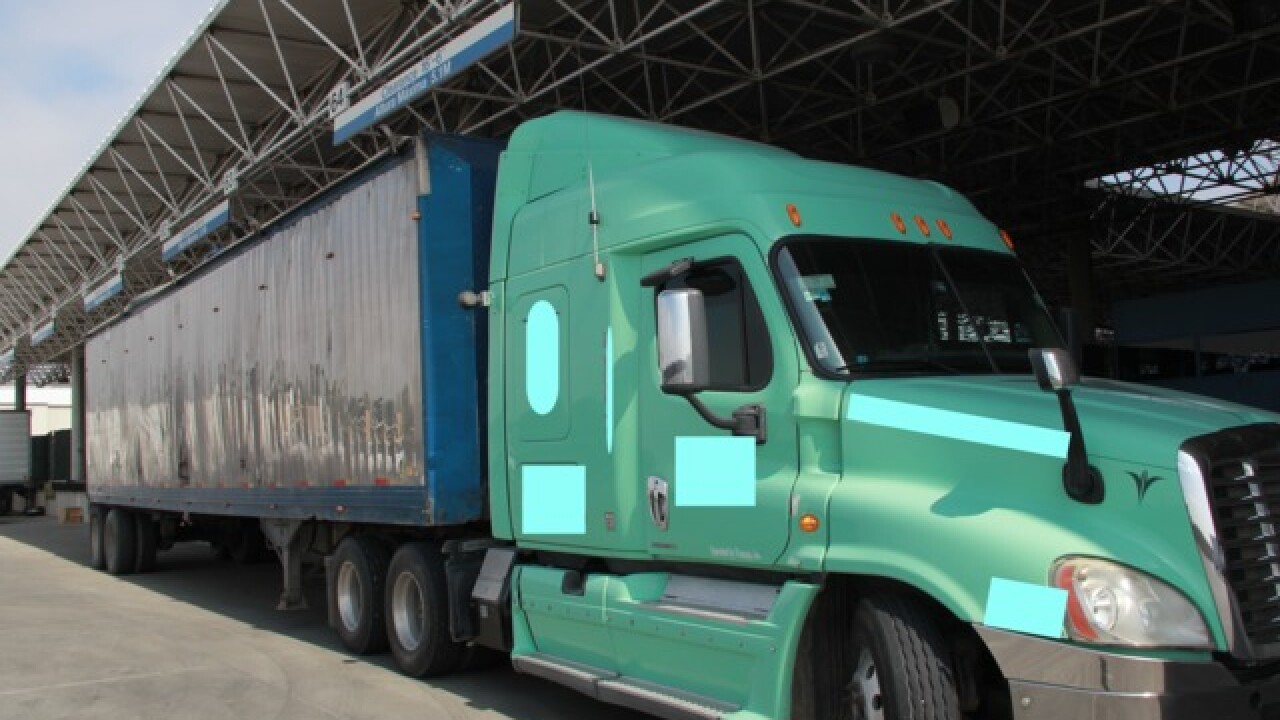 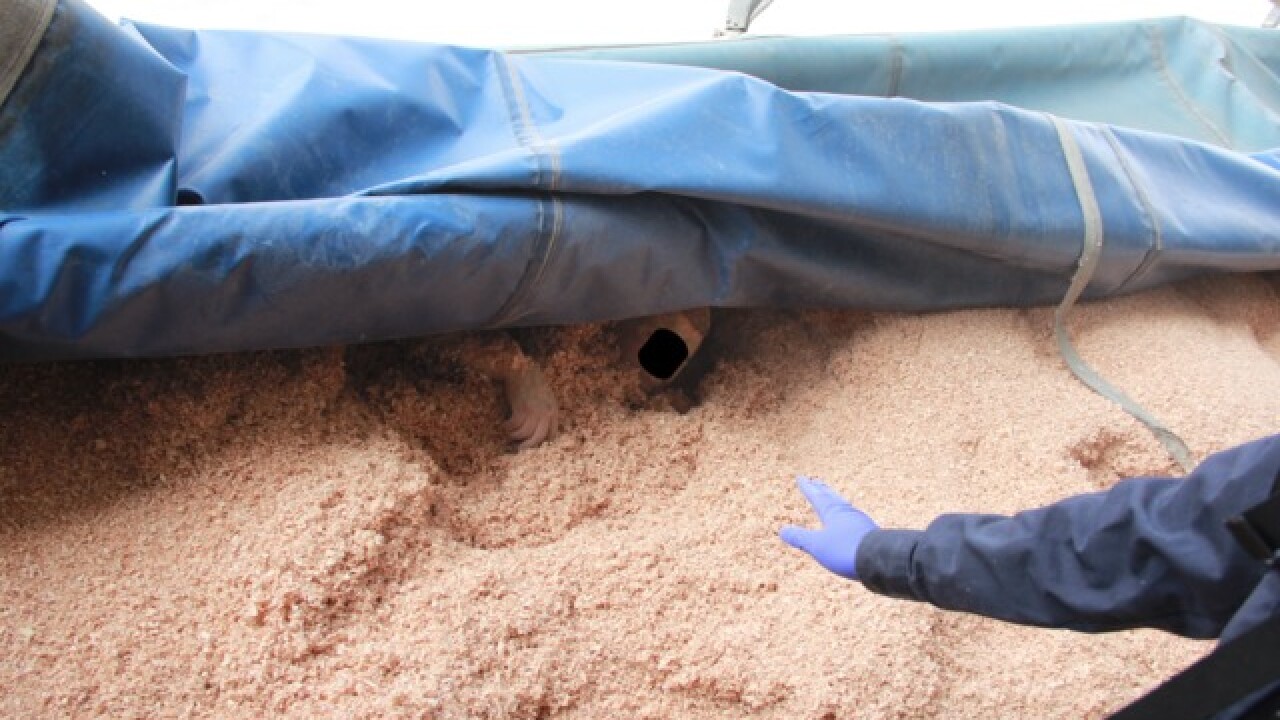 OTAY MESA, Calif. (KGTV) - A pile of wood shavings being trucked across the U.S.-Mexico border in South San Diego County led to the discovery of a hidden Mexican national Tuesday.

U.S. Customs and Border Protection officers at the Otay Mesa border crossing found the man after they pulled over a tractor-trailer for secondary inspection.

By using the port of entry’s imaging system, officers found an anomaly in the trailer full of wood shavings. Officers removed the tarp covering the trailer and saw the man's dusty hand.

“CBP’s detection and apprehension of this man showcases the vigilance and commitment CBP officers give to securing our nation’s borders,” said Pete Flores, director of field operations for CBP in San Diego. “Smugglers utilize all routes possible to move people and narcotics. CBP remains focused and alert to combat these attempts.”

The Mexican citizen had a valid visa for the United States, according to CBP. There is no word on why he was in the trailer.