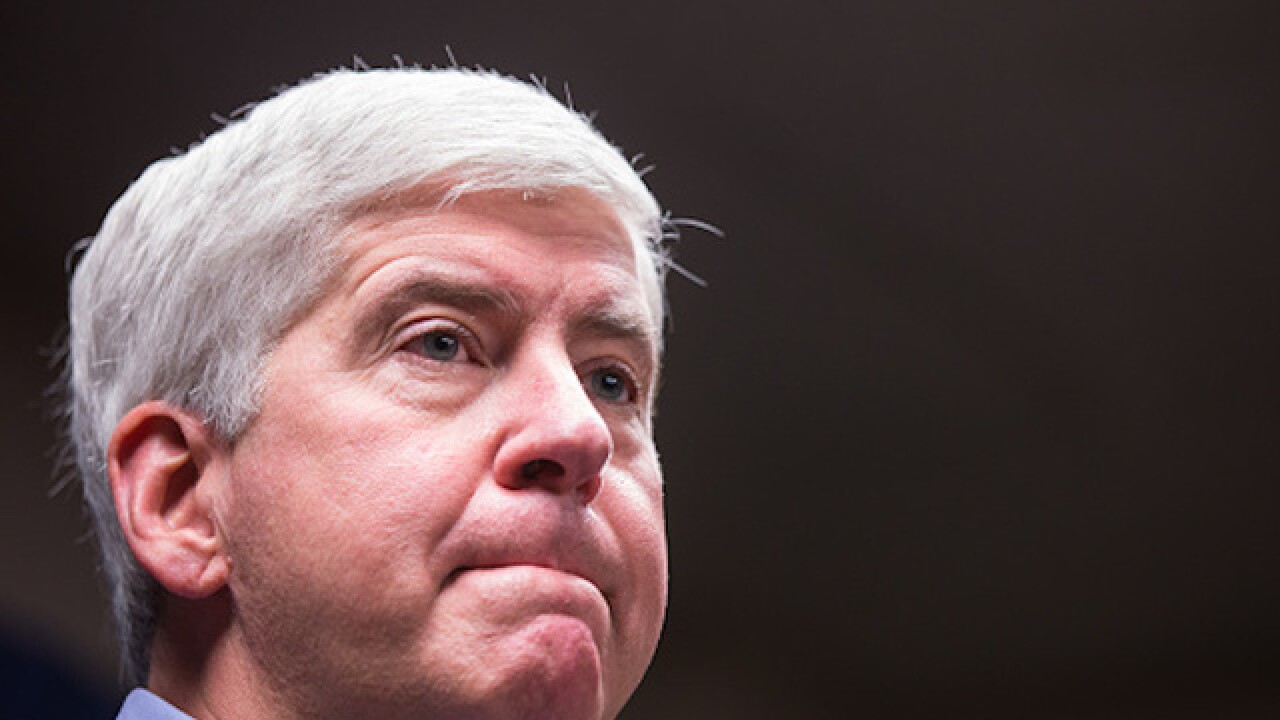 Brett Carlsen
<p>FLINT, MI - JANUARY 27: Michigan Gov. Rick Snyder speaks to the media regarding the status of the Flint water crisis on January 27, 2016 at Flint City Hall in Flint, Michigan. A federal state of emergency has been declared in Flint related to the city's water becoming contaminated. (Photo by Brett Carlsen/Getty Images)</p>

WASHINGTON, D.C. - On Wednesday, Michigan Gov. Rick Snyder pledged hundreds of millions of dollars to help the people of Flint in next year's state budget after the city's water supply was poisoned by lead for a year and a half.

Wednesday is the same day lawmakers in the nation's capital had asked Snyder to appear before Congress to answer tough questions about his role in the Flint water crisis. Snyder declined, saying he couldn't make it because he needed to present his budget.

"A lot of people think that’s a lot of money," Kildee said. "It’s not much more than people in Flint paid for water that poisoned their kids."

Kildee sits on the committee that invited Snyder to testify.

"Transparency and telling the truth is not saying the things one wants to say," Kildee said. "But actually answering tough questions others might have."

Former Flint Emergency Manager Darnell Earley, who was appointed by Snyder to run the city, was subpoenaed by Congress to appear before lawmakers and testify.

When asked if Snyder would be subpoenaed, Kildee responded "That’s going to be up to the majority. As a democrat we don’t have the authority to issue subpoenas. I would hope that if he had an invitation on a day he could attend that he would simply come."

The U.S. House of Representatives passed a bill, sponsored by Kildee, on Wednesday that would require the EPA to notify local communities of high lead levels in drinking water if the state does not.

The EPA says it urged the Michigan Department of Environmental Quality to "do the right thing" and notify the people of Flint about the water problem. Others accuse the EPA of passing the buck when they knew the water was bad.