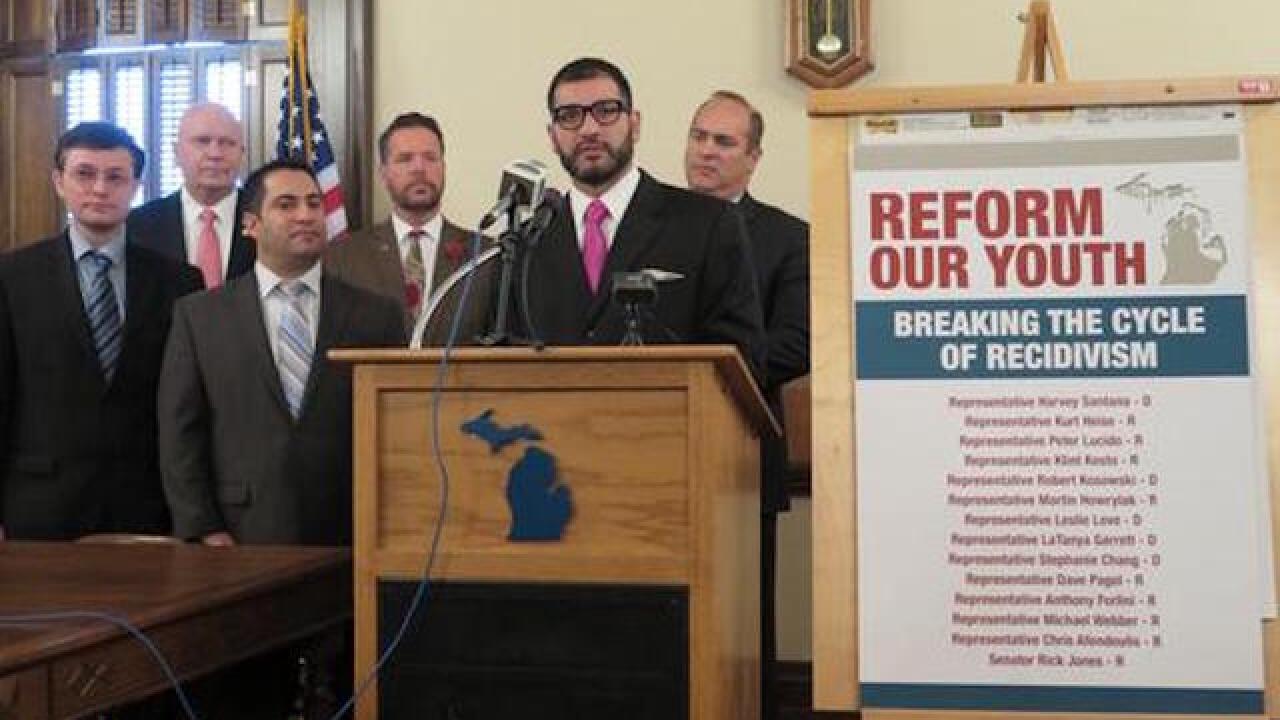 Copyright Associated Press
David Eggert
<p>Rep. Harvey Santana, D-Detroit, joins fellow lawmakers in advocating for bills that would raise to 18 the age at which criminal offenders are considered adults during a news conference at the Capitol in Lansing, Mich., on Dec. 1, 2015. The House approved the package on April 27-28, 2016. (AP Photo/David Eggert)</p>

LANSING, Mich. (AP) — The Michigan House approved a $500 million restructuring plan for Detroit Public Schools early Thursday, just days after disillusioned teachers staged a two-day sick-out because they feared the financially struggling district wouldn't be able to pay them all through the summer.

Lawmakers in the GOP-controlled chamber started session Wednesday, but didn't emerge with a plan until a series of private caucus meetings had ended some 15 hours later. They said the plan would ensure all teachers are paid and the district eliminates debt.

The House measure did not include a plan to create a commission with the authority to approve which schools open and close in the city — a key part of an alternative plan already passed in the Senate and a major reason why Democratic lawmakers voted against the House package.

Democrats argued that a commission would be vital to address root problems at the schools relating to state control over the district, a lack of money and the proliferation of area charter schools.

The Senate plan would also provide more than $200 million in additional funding that Democrats said would be crucial for the schools' recovery.

Rep. Fred Durhal III, a Detroit Democrat, called the House plan passed Thursday a "temporary fix" and suggested the GOP-controlled House was aiding the continuation of a "second class education" for Detroit students.

But Republicans bristled at Democrats' ire.

"I have never had a more difficult time in providing half a billion dollars," Pscholka told fellow lawmakers.

Republican Speaker of the House Kevin Cotter argued that including the commission — a proposal also supported by Detroit Mayor Mike Duggan — would have "choked out charter schools."

Cotter called the House plan a "big step forward" for the Detroit schools.