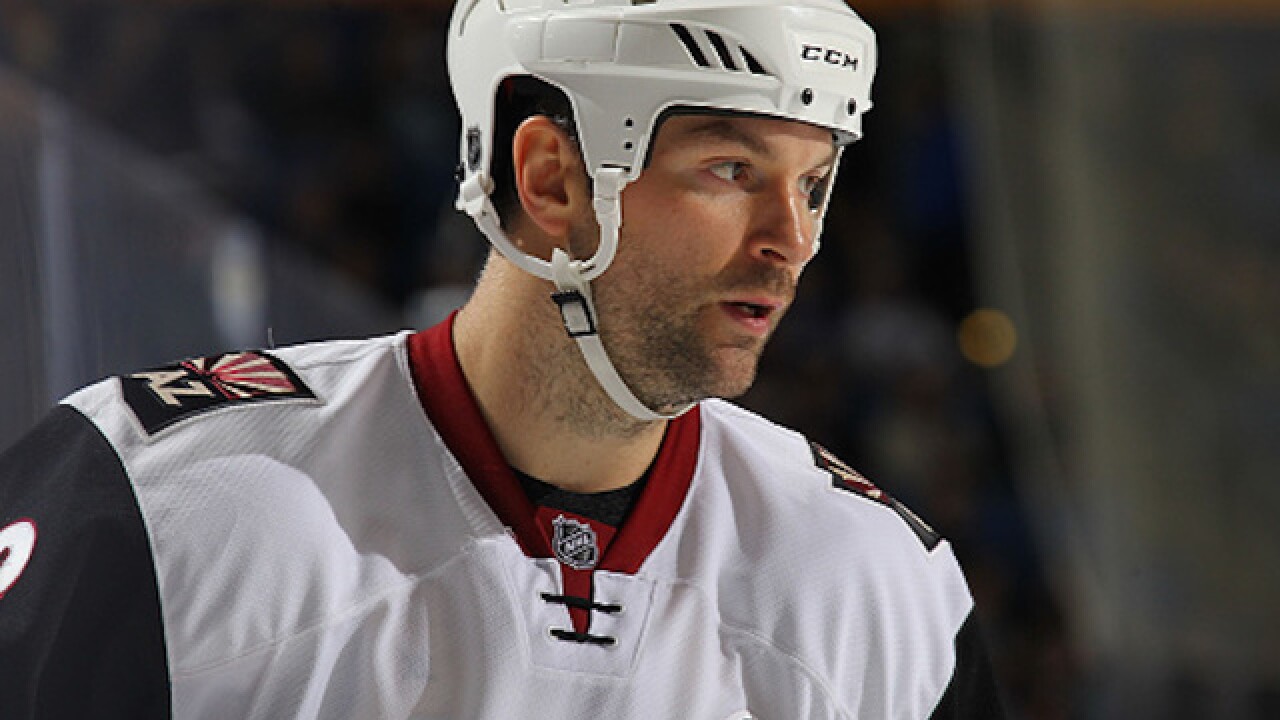 Bill Wippert
<p>BUFFALO, NY - DECEMBER 04: John Scott #28 of the Arizona Coyotes prepares for a faceoff against the Buffalo Sabres during an NHL game on December 4, 2015 at the First Niagara Center in Buffalo, New York. (Photo by Bill Wippert/NHLI via Getty Images)</p>

Even avid hockey fans might not recognize the captain of the NHL Pacific Division’s All-Star team, as current minor-leaguer John Scott was voted by fans to represent the division.

The NHL has not had a consistent format for its (somewhat) annual All-Star Game. This year’s format is a 3-on-3 tournament between the league’s four divisions. The league is hoping to draw more viewers to the game, which barely drew an audience of 1 million fans on American TV in 2015.

Scott only has five career goals in parts of seven seasons in the NHL. Even with stats that normally are reserved for players making the league’s minimum salary, how would his appearance in the All-Star Game hurt the game?

“You jerks that put him up to be in the All-Star game, what you have done is taken this kid who was playing six minutes, playing 12 minutes (a game) with an NHL team, and you put him in the minors now, and now he is making minor league money,” famous Canadian hockey analyst Don Cherry said during Hockey Night in Canada.

“We’ll upset the NHL to be funny,” Cherry continued, “you are trying to ruin it all and you have ruined this kid. He’s in the minors never to come back. You should be ashamed of yourself.”

Scott took Cherry’s criticism of the fans that voted him into the game in stride.

“I didn’t want to get voted in that way, but the fans wanted me in, they voted me in so I just went with it,” Scott said. “Thanks a lot (to the fans). It was fun to get all the support. I was shocked.”

With the Arizona Coyotes, Scott earned his fan support despite being benched for the majority of their games. When he entered games, he usually was on the Coyotes’ back line, and was used in an enforcer role.

After it was announced he won the division’s fan vote, Scott was traded from Phoenix to Montreal, and assigned to Montreal’s American Hockey League affiliate in St. John’s, Newfoundland.

Scott’s demotion created a quandary for the NHL on whether to include a minor leaguer in exhibition. On Tuesday, the league issued a statement stating that Scott would be allowed to participate in the All-Star Game on Jan. 31. Though Montreal is in the Atlantic Division, Scott will still captain the Pacific Division team.

That leads to another interesting dilemma: What jersey should Scott wear on the ice? Some have suggested that he should wear his AHL jersey, rather than a Coyotes or Canadiens sweater.